SEX Education's Aimee Lou Wood and Ncuti Gatwa discuss the hit show’s brilliant third series – and what might happen next.

With millions of fans worldwide and a fourth season just confirmed, life is looking pretty rosy for the stars of Netflix’s hit coming-of-age comedy-drama. 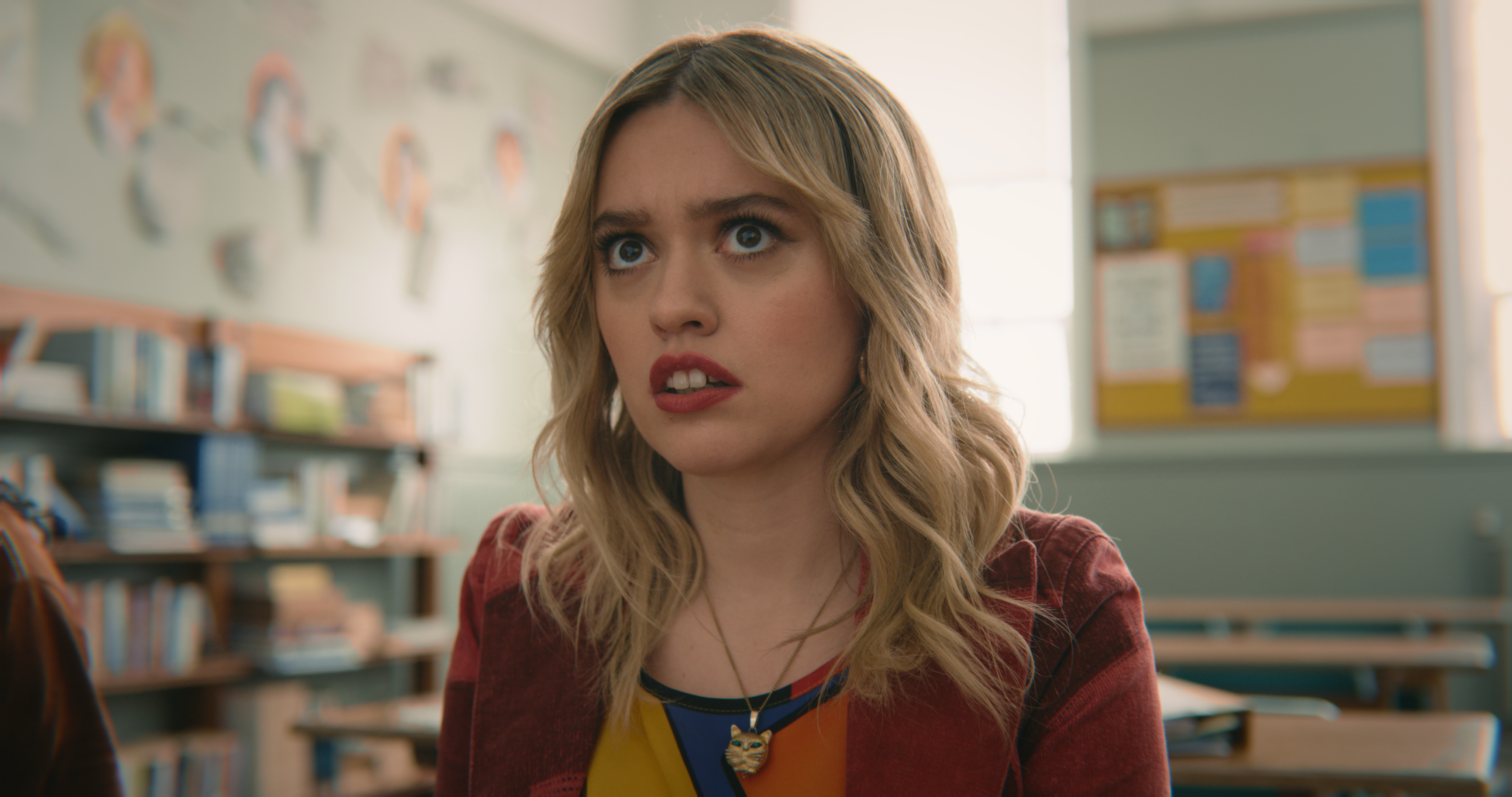 “Our lives have completely changed,” says Aimee Lou Wood, whose role as the similarly named Aimee Gibbs won her a BAFTA TV Award for Best Female Comedy Performance back in June.

“They’re very, very different to what they were before Sex Education came out. But on a more spiritual and emotional level, playing these characters, I think that’s emboldened me.

"A lot of the things Aimee goes through and has to overcome are things that I need to overcome in my life.

"Also, sometimes it’s hard playing a character who’s really sweet because when you’re out and you meet people in the street, the expectation is that we are our characters.

"So if you’re tired or a bit insecure that day, people talk to you and they expect Aimee Gibbs to start talking.

"You don’t want to be a disappointment. So actually, with season three and Aimee getting a bit more courageous, it’s quite liberating and quite relieving that she’s dropping that facade a bit and she’s coming into her full self. And I think now maybe I can start feeling like I can too.”

Centred around the ecstatic highs and embarrassing lows of students at the fictional Moordale Secondary School, the show sensitively but hilariously tackles all manner of personal issues, ranging from sexuality and coming out, to sexual assault and mental health.

And Ncuti Gatwa, who plays fan favourite Eric, believes it’s an accurate portrayal of the realities of life for modern teens and the challenges they face.

“I think it’s really hard in this day and age because there’s so much influence from the media and from social media,” he says.

“There’s so much emphasis for teenagers to be adults already and to have everything figured out because of all the information that’s available to them.

"That would be my advice: try not to feel the pressure. Everyone is on their own journey.

"This season we’ve got an amazing character called Cal, who’s non-binary, and I think it’s really great to continue this narrative of inclusion and including more people and more stories each year.

"Because in our society we’ve got all colours of the rainbow and they all deserve to be seen on screen.

“I also thought with the introduction this year of [Moordale’s abstinence-preaching new headmistress] Hope, it was quite cool having this conservative voice in the middle of a drama that’s so inclusive and diverse.

"It really put the cat amongst the pigeons but also it was interesting because you go on a journey with Hope – she is a human being who has pain as well.”

LOOKING TO THE FUTURE

Looking to the future, and that fourth series, both Aimee and Ncuti are already excited thinking about what might happen next to their characters.

“I really want Aimee to continue to stand up for herself and for what she believes in,” says Aimee.

"It’s really nice to play someone who’s coming more and more into themselves. I wouldn’t change her.”

“I wouldn’t change Eric either,” says Ncuti. “He’s 17, so he’s growing. We’d all love to change aspects of ourselves but we need to understand that we’re on a journey and we won’t be the same tomorrow that we were yesterday.

"I’m interested to see how Eric will progress in life and who he is as a person. He’s on that journey.”

Sex Education is now available on Netflix and The Sun's TV magazine is available free in the paper every Saturday.