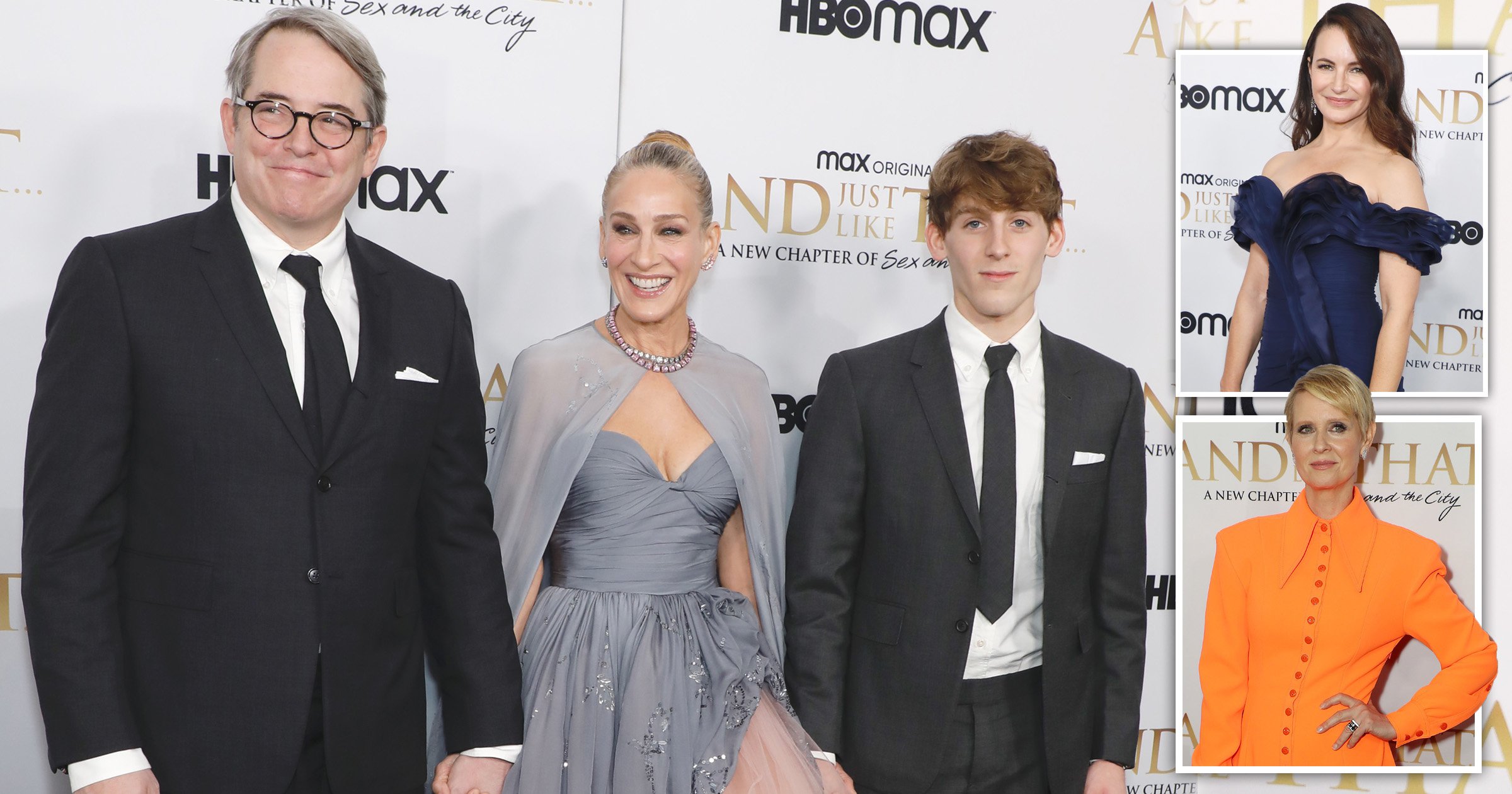 Sarah Jessica Parker gave Sex and the City fans everything they’ve been missing after 20 years, with the actress lighting up the red carpet of the And Just Like That premiere.

The Carrie Bradshaw actress stunned at the premiere, bringing along her husband, Matthew Broderick, and their son James, who both looked completely suave.

Sarah, 56, looked sensational in a glitzy silver and pink number, with pink satin heels and her hair in a sophisticated bun.

She reunited with her co-stars who also glammed up for the occasion.

Cynthia Nixon (Miranda Hobbes) rocked a bold orange floor-length shirt dress, giving a shoutout to the Mirandas among us as she celebrated the big day.

‘It’s happening!’ the 55-year-old wrote. ‘To our fans (and especially all the Mirandas out there), #AndJustLikeThat is yours tonight!!’

We could not be more ready.

Of course, Chris Noth (Big) looked to be having an absolute blast, while newcomers Nicole Ari Parker, Sara Ramirez, Sarita Choudhury and Karen Pittman also took to the red carpet in complete style.

We’re sure they’re going to fit right in.

The highly-anticipated HBO Max series sees Sarah return to her lead role alongside Cynthia and Kristin.

Despite Kim Cattrall not returning as the sex-loving Samantha Jones following a famous feud with Sarah, there’s a whole lot to look forward to in the upcoming episodes.

Decades after the show first aired, Carrie is still married to Mr Big (Chris Noth) while she is seen appearing as a guest on a podcast delivering an audio version of her famous column.

The show will be available to watch on streaming service HBO Max in the US.

And Just Like that will air on Sky Comedy and NOW TV from today.