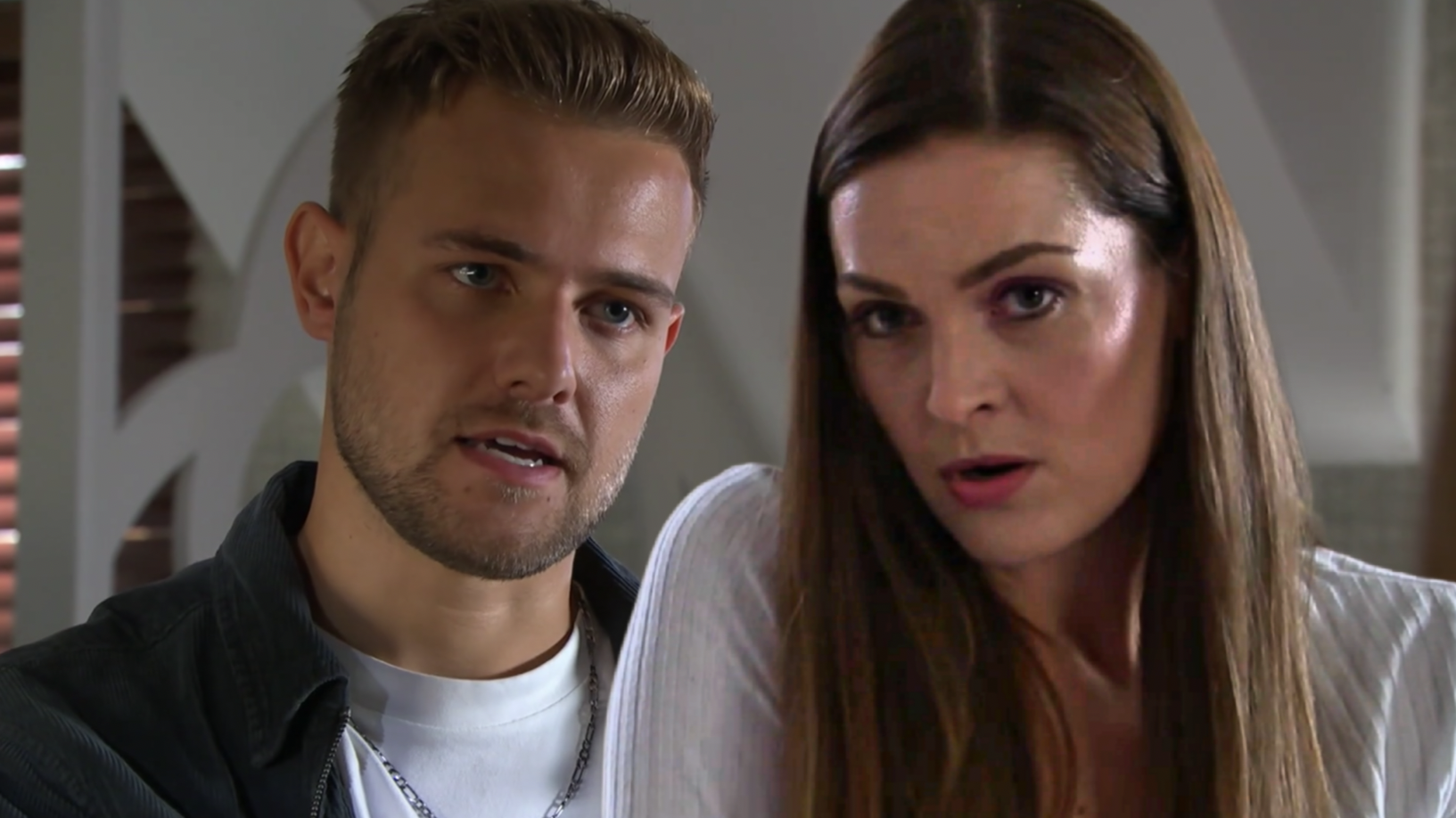 Sienna Blake (Anna Passey) took shocking action in Hollyoaks after Ethan Williams (Matthew James-Bailey) resorted to blackmail in a bid to save his own skin.

Ethan, as viewers know, has developed strong feelings for Sienna in the wake of their mission to take Norma Crow (Glynis Barber) down.

Passion ensued between the two after the show’s resident bad boy rescued Sienna from the jaws of death, but they have refused to talk about their moment ever since.

Ethan, however, was determined to rectify that in Friday’s (October 14) first look edition of the Channel 4 soap, approaching Sienna outside the gym, hoping she would be willing to give their relationship a proper go.

Sienna refused, claiming that they will never get together, but Ethan evidently enjoyed the thrill of the case, as he reminded her just how good they would be as a couple.

Dave Chen-Williams (Dominic Power), meanwhile, witnessed the showdown between the two and subsequently confronted Ethan, ordering him to spill the beans on what really happened with Maya Harkwell (Ky Discala).

Ethan ultimately came clean, admitting that he accidentally murdered Maya, but claimed that he didn’t regret doing so, as Maya had threatened to kill his entire family.

Dave, however, told Ethan that he would go to the police if Ethan didn’t come clean himself, which forced Ethan to take shock action, as he recorded Sienna admitting to burying Maya’s body, before blackmailing her into providing him with an alibi for the night in question.

Ethan had the upper hand as the credits rolled on the episode, leaving viewers certain that he had succeeded in getting what he wanted.

But in a shock post-credit sequence, Sienna told Liberty Savage (Jessamy Stoddart) over the phone that she had ‘something to take care of’.

In the background, Ethan could be seen lying unconscious! Has Sienna killed him? Or is he still alive?

Regardless, just how does she intend to dispose of him?

Hollyoaks continues Monday October 17 at 7pm on E4, or stream the next episode on All4 from midnight on Monday.