SIMON Cowell's wife Lauren Silverman stunned in a blue swimsuit as she played with son Eric on the beach in Barbados.

The 42-year-old beauty showed off her enviable figure in the one-shoulder swimwear. 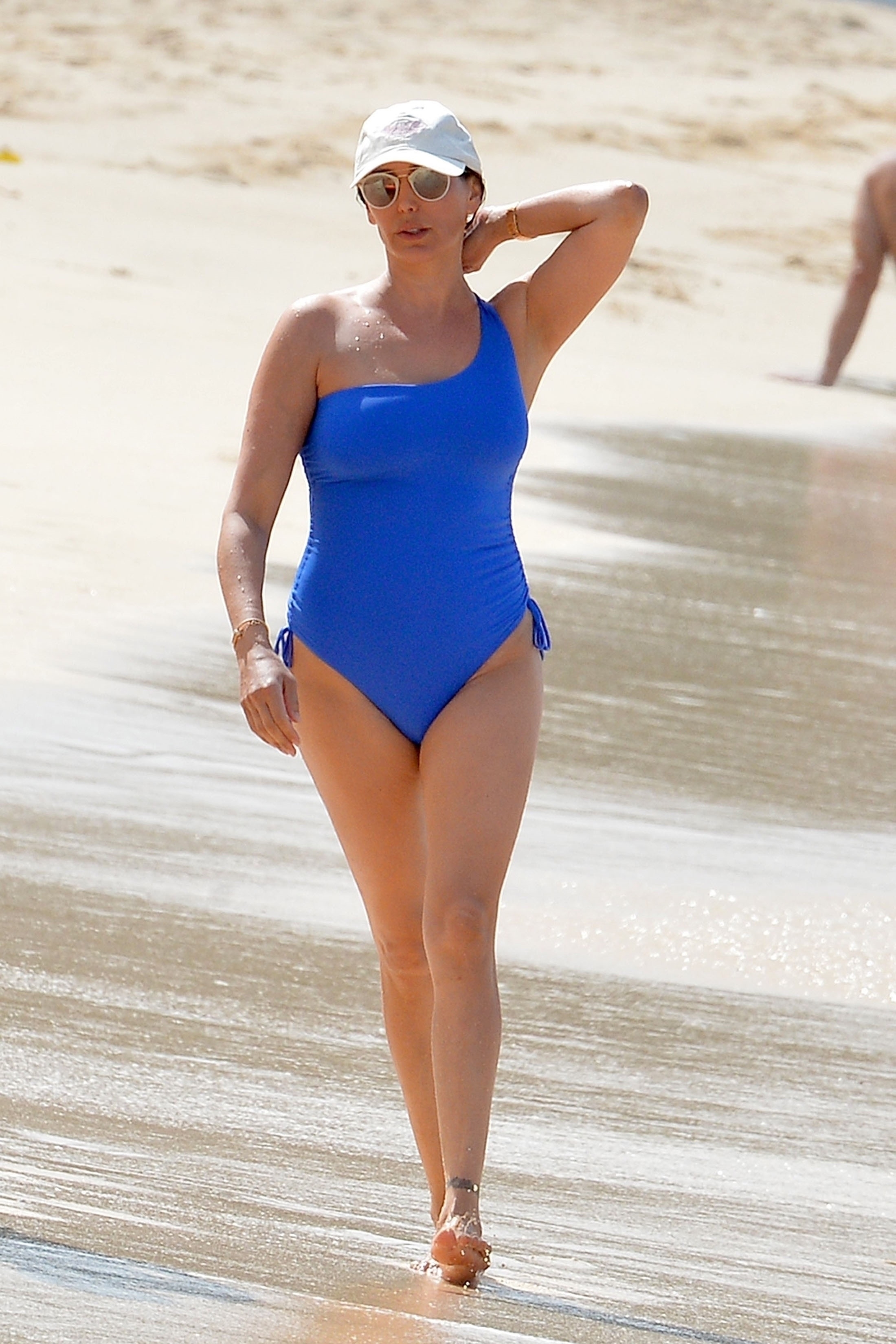 Lauren accessorised the look with a beige baseball cap and some oversized sunglasses, with a delicate tattoo around her ankle also on display.

Lauren started her relaxing afternoon sunbathing before frolicking in the glistening ocean.

She also enjoyed time playing with five-year-old Eric, even hiring a large blue inflatable to go out to sea alongside some pals.

Simon, 60, was not seen with his family for this particular outing, but has been spotted showing off his toned figure on the beach on several other occasions throughout their annual Caribbean holiday. 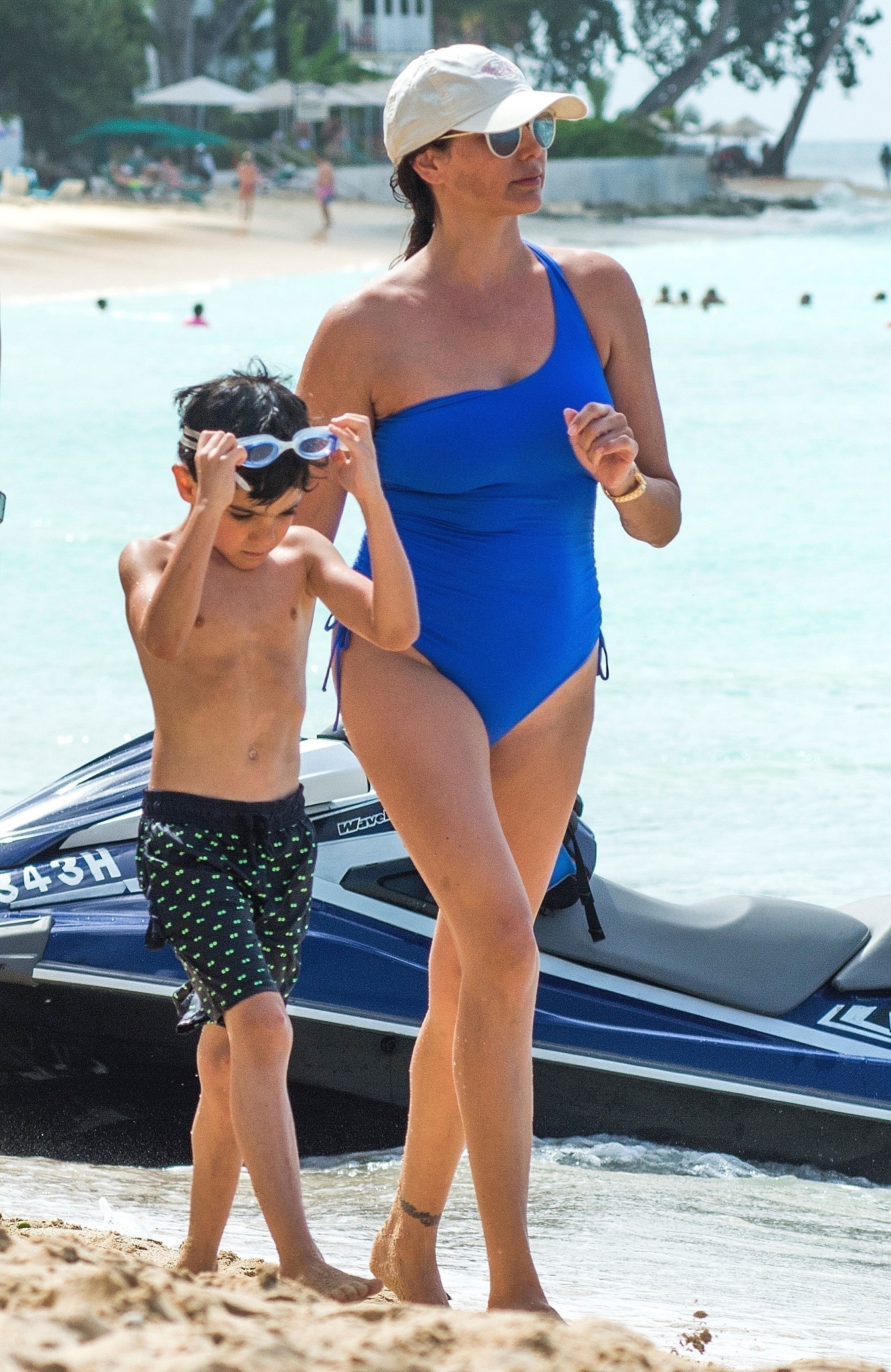 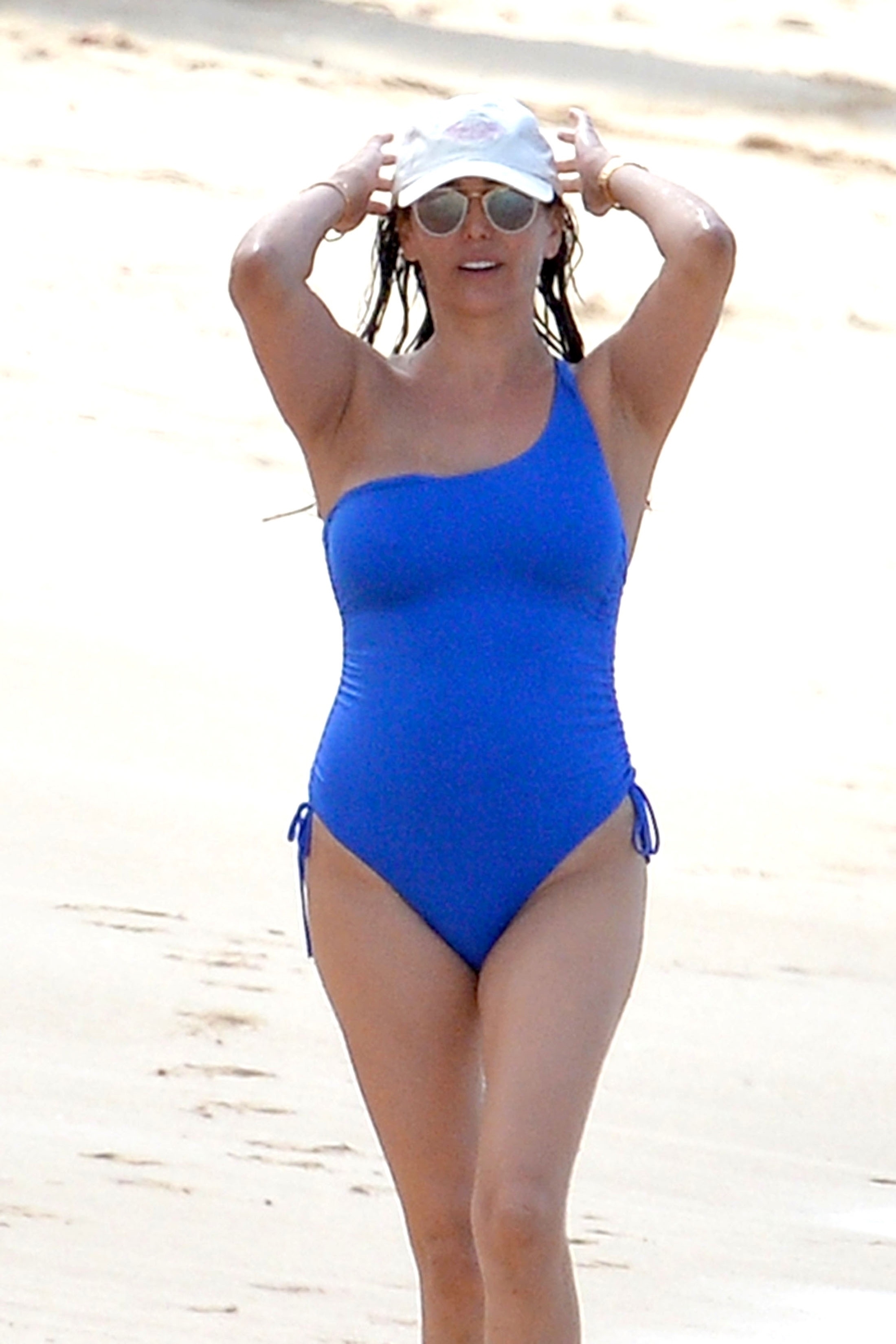 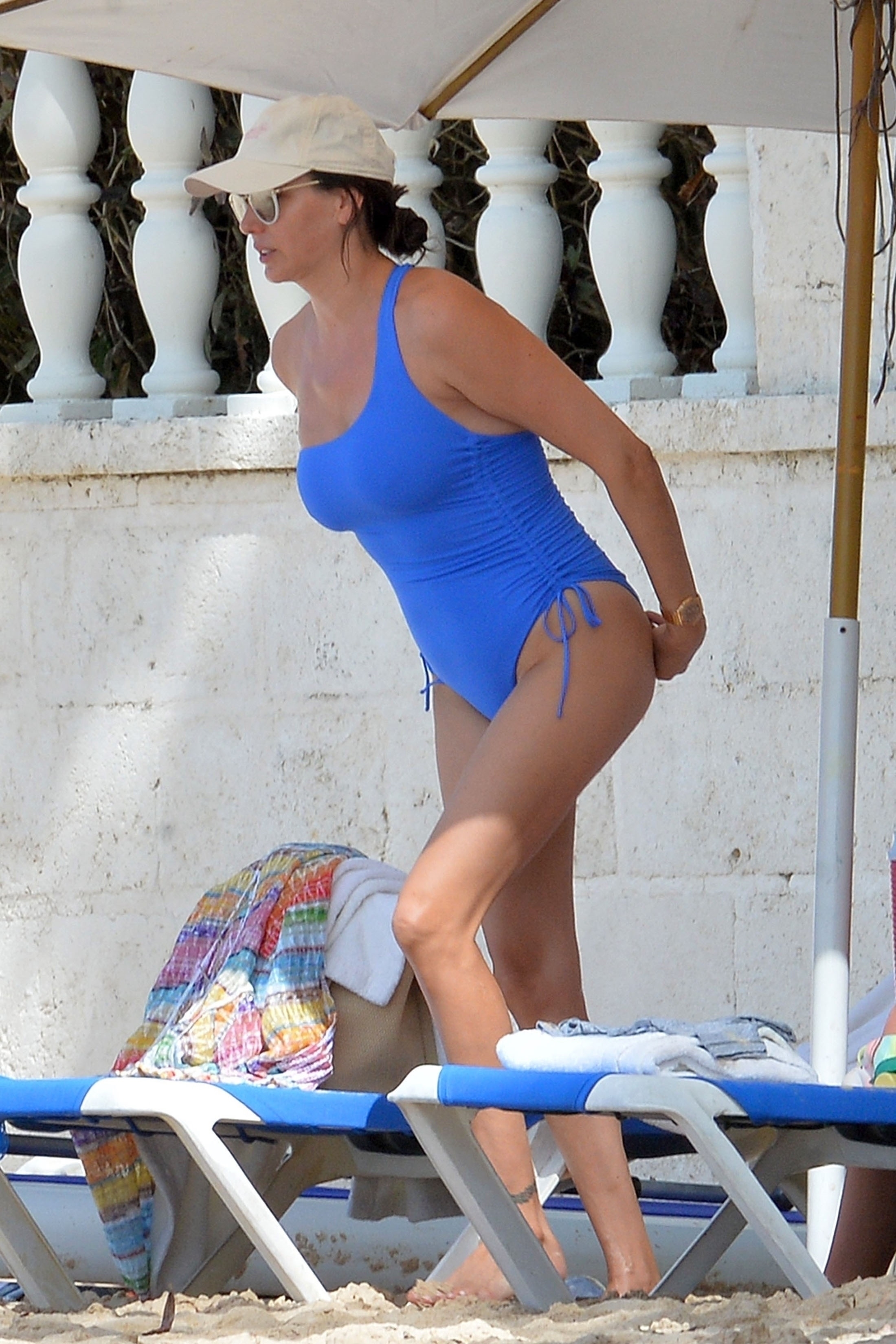 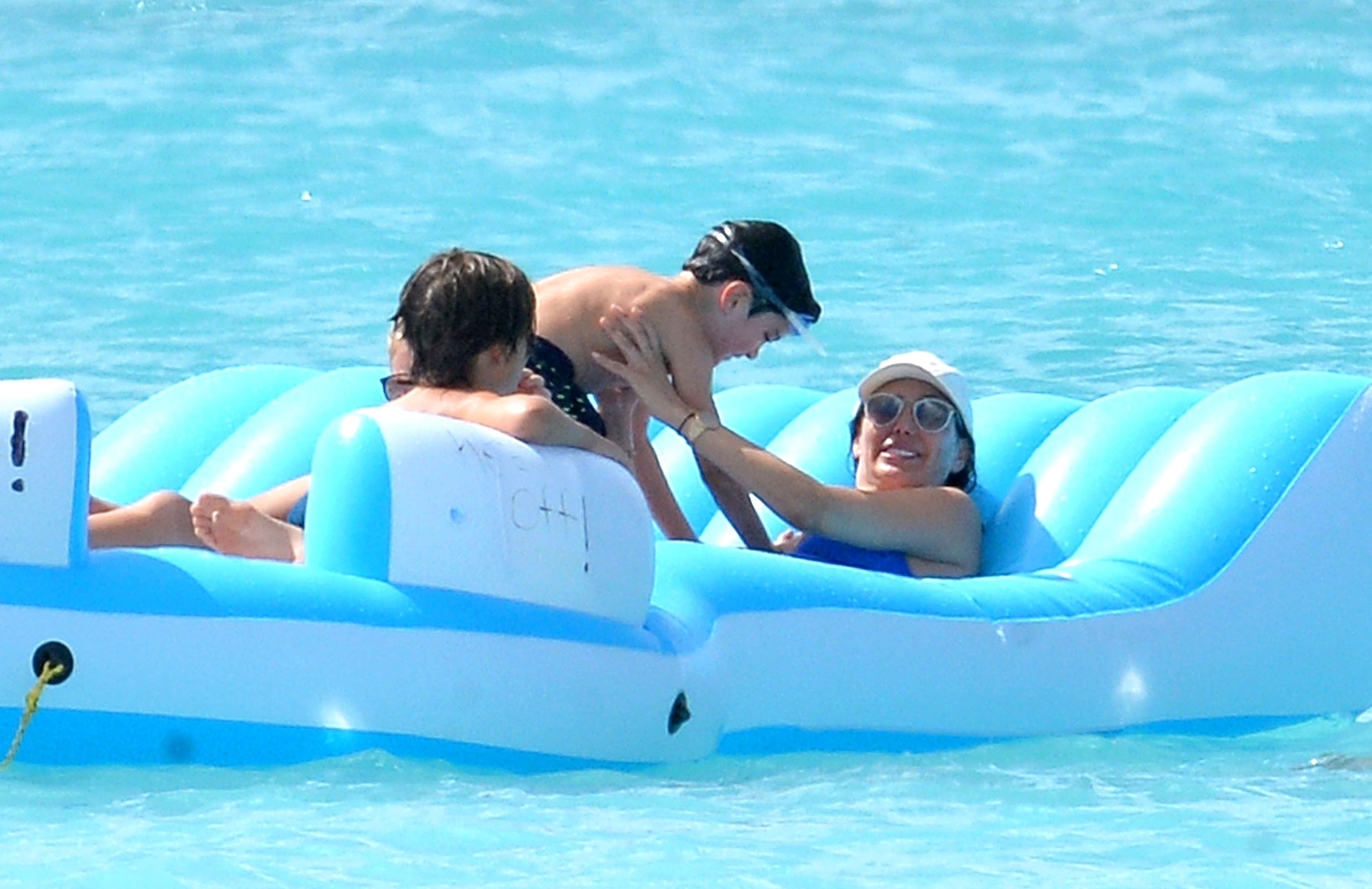 The music mogul has wowed fans with his image overhaul, shedding three stone in weight after a health scare in 2017 which saw him switch to a vegan diet and begin to incorporate more fruit and veg.

Simon suffered a fall on his stairs inside his London home October 2017 which forced him to reevaluate his lifestyle; he blamed his injuries on his unhealthy lifestyle where he "lived like a vampire" staying awake till 8am every morning.

Not only has his diet helped him shed the pounds, but Simon says it's made him a better dad to Eric. 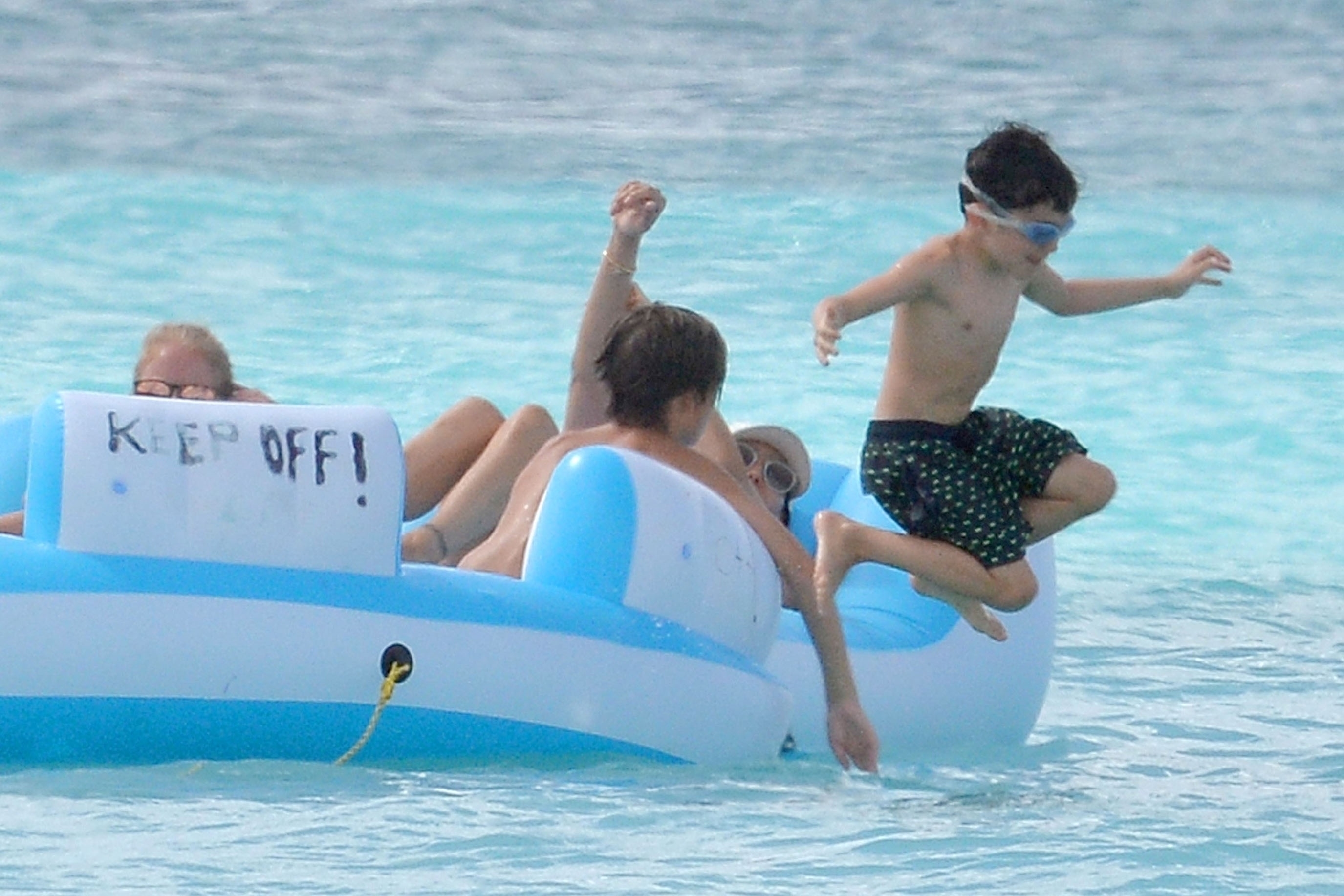 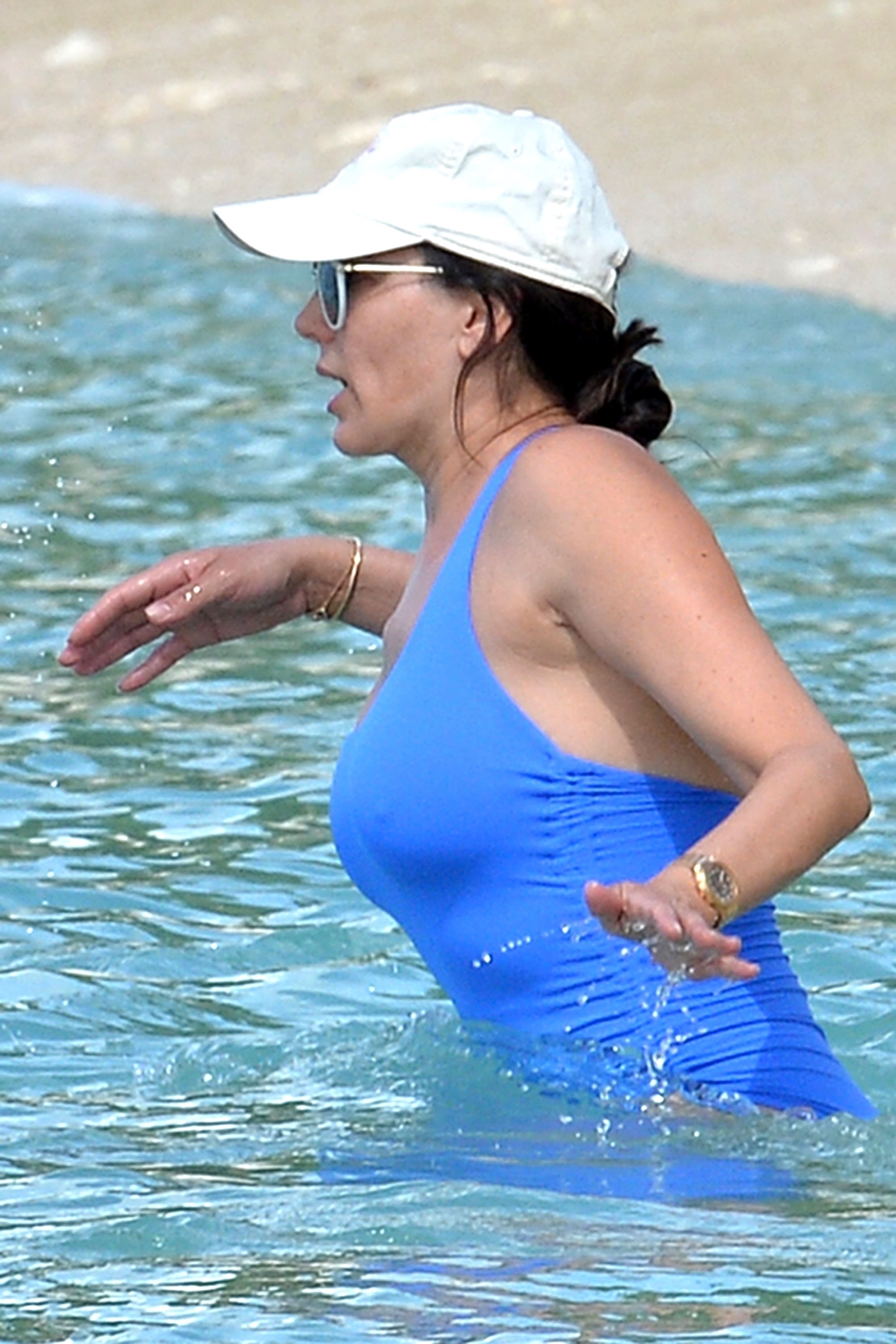 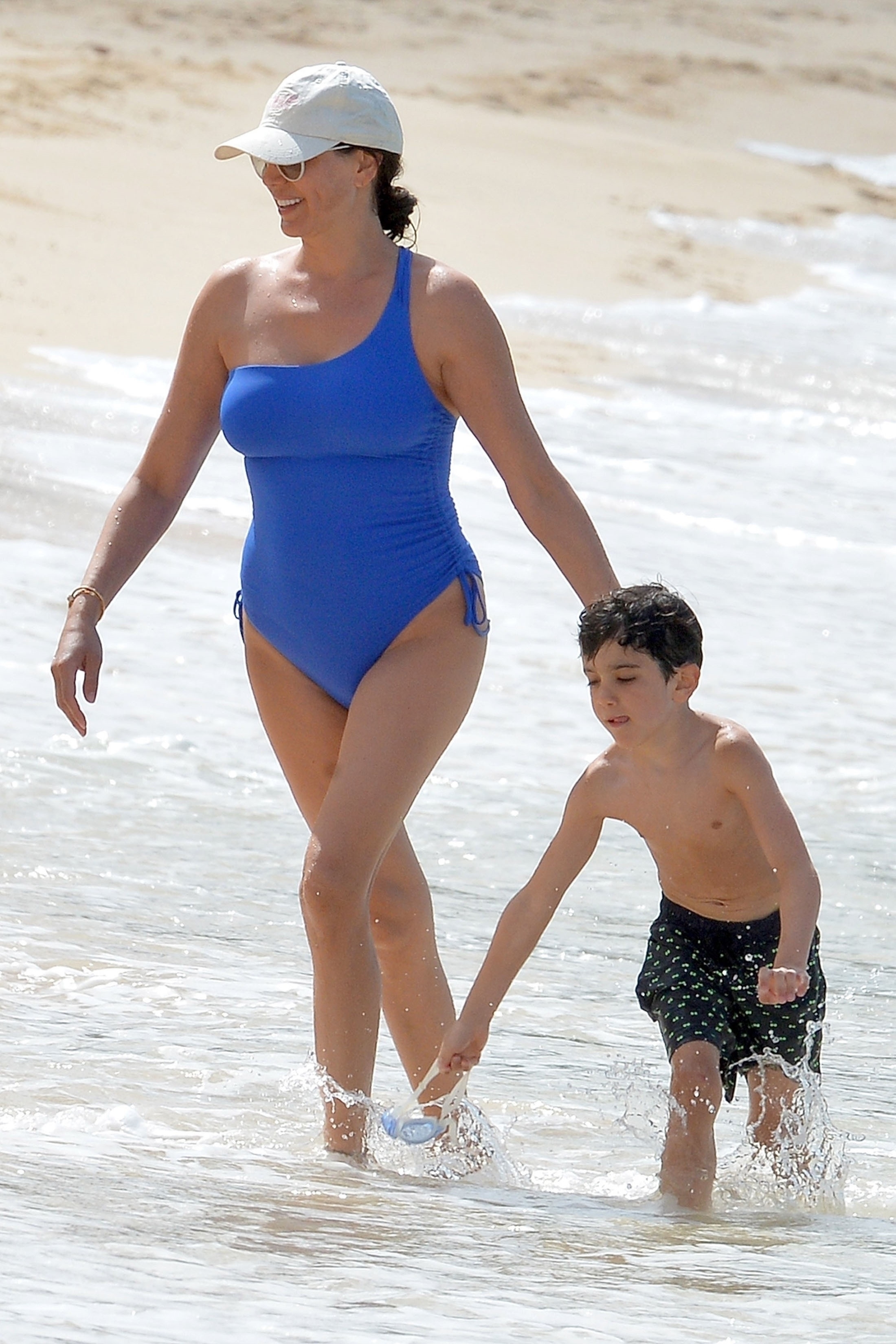 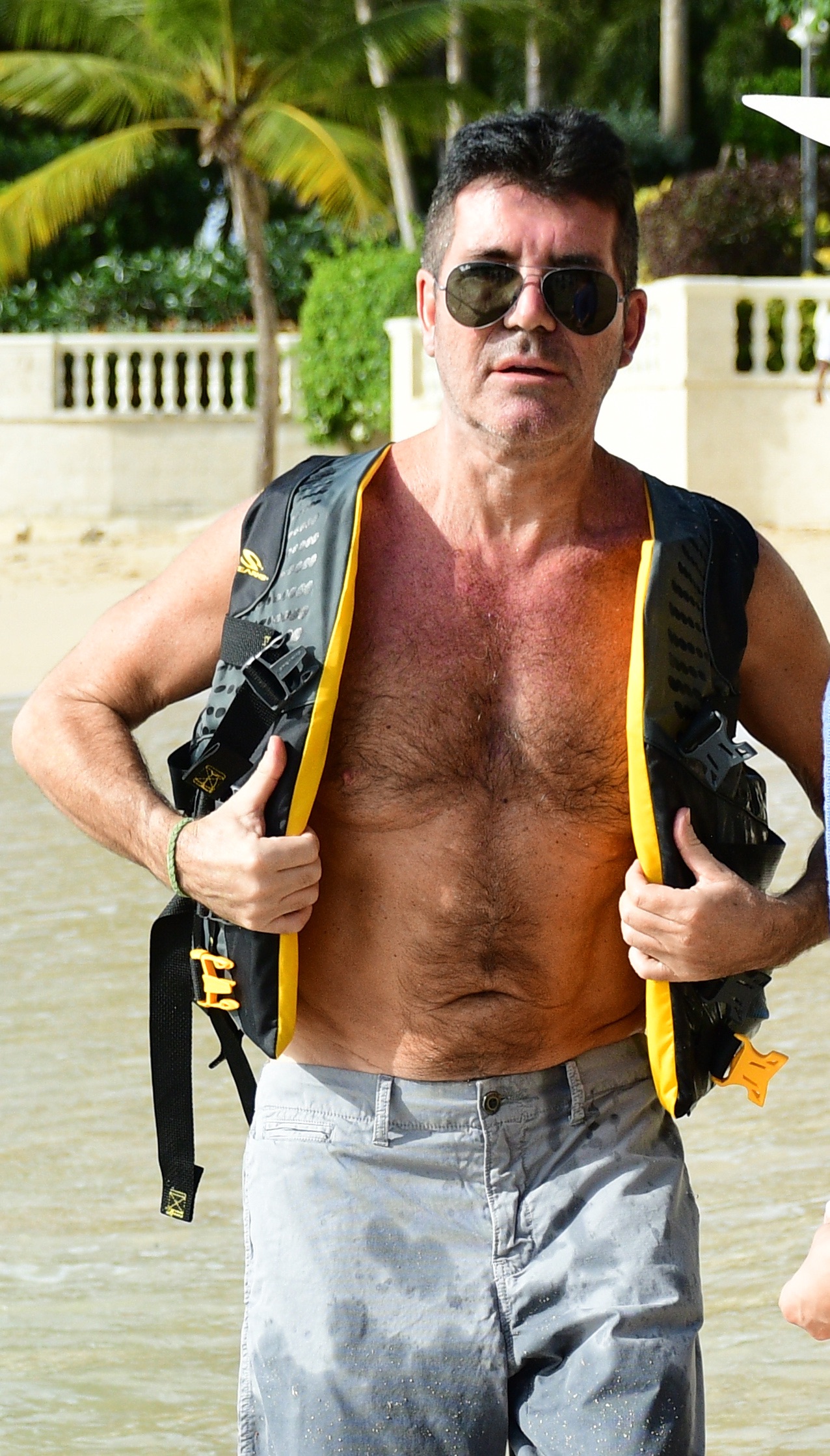 Simon previously told The Sun: "My memory's better, my energy's better. And when you've got a five year old you've got to be able to keep up with them because the minute they're awake they're all over the place. His energy is unbelievable.

"So I was conscious of the fact I have to keep up with him energy wise and someone recommended this as the way to go.

"I tried it and I stuck to it, it's one of the easiest things I've ever done."

The star has been in a relationship with Lauren since 2013, with the pair welcoming Eric on Valentine's Day 2014.