'Sister Wives': Meri Brown Writes That She 'Can't Force Anyone' to 'Feel How They Don't Feel' In Cryptic Post

Meri Brown of TLC’s Sister Wives has become something of an enigma for many fans over the years. While the early seasons suggested that Meri was happy with her polygamist life and her husband, Kody Brown, there’s been trouble in paradise for quite some time now.

After Meri and Kody’s only child, Mariah Brown, moved out for college, Meri struggled with becoming an empty-nester. Not long afterward, Kody legally divorced Meri in order to marry his fourth wife, Robyn Brown, and adopt her children from a previous relationship.

While Meri was in support of the idea, she obviously struggled with it, and eventually turned to an online catfish—a woman posing as a man—seemingly in an attempt to fill the emotional void.

Recently, however, Meri has seemed to turn over a new leaf. She has become more financially independent and, despite moving to Flagstaff with the rest of the Brown family, seems to be venturing out on her own in some ways.

A recent Instagram post about taking control of her own life immediately led Sister Wives fans to wonder if she was referring to Kody or her sister wives in some parts of the caption. 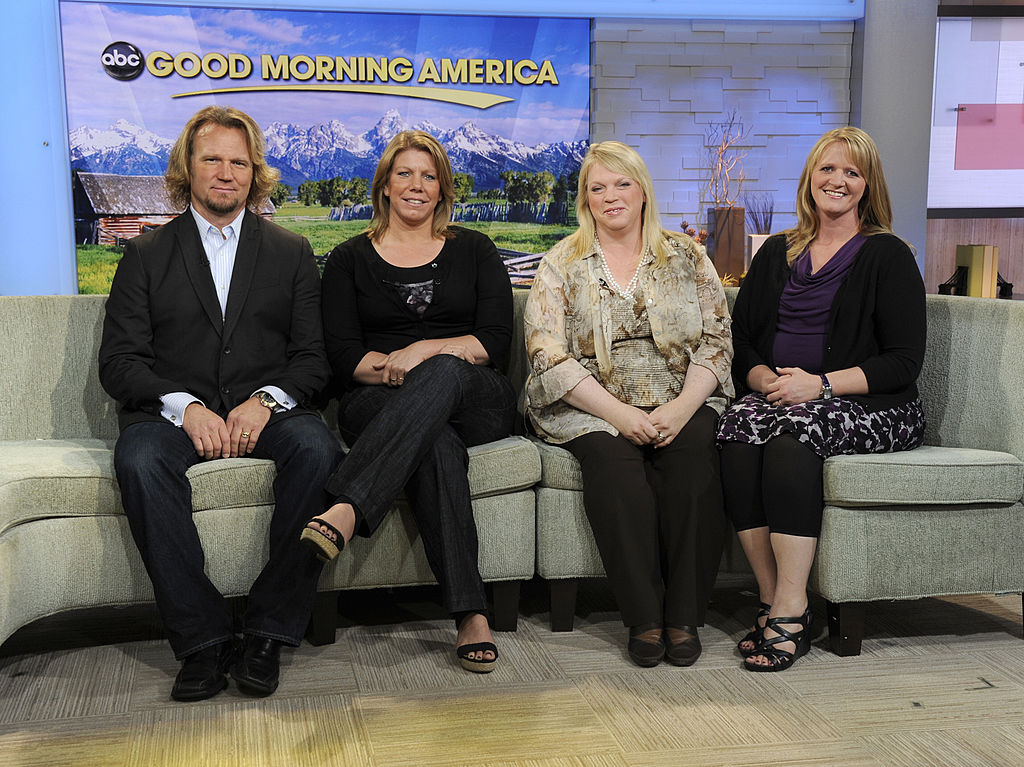 Meri has become a savvybusinesswoman in recent years. In addition to opening up a successfully,highly-rated bed and breakfast (currently on hiatus during quarantine) in Parowan,Utah, called Lizzie’s Heritage Inn, Meri has found success in selling LuLaRoe clothing.

The Sister Wives star frequently shares motivational quotes and inspirational thoughts on Instagram, many related to building her self-confidence and achieving a sense of independence.

Recently, she posted aselfie with a lengthy caption about reaching her goals, both professional andpersonal.

“That’s me. A dreamer.Focused on my goals,” she began the post. “And I have a lot of them. Personal,business, relationships, I have them in all areas of my life. Some days I don’thit my daily goals. Some days I’m so productive I exceed them by leaps andbounds.”

The 49-year-old emphasized that her success in life, or lack thereof, was entirely up to her. “And it’s all up to ME. I’m the one who has my dreams. I’m the one who makes my goals,” Meri wrote. “I’m the one who follows through with them. Or doesn’t. That’s all on me.”

That's me. A dreamer. Focused on my goals. And I have a lot of them. Personal, business, relationships, I have them in all areas of my life. Some days I don't hit my daily goals. Some days I'm so productive I exceed them by leaps and bounds. And it's all up to ME. I'm the one who has my dreams. I'm the one who makes my goals. I'm the one who follows through with them. Or doesn't. That's all on me. And the goals that include someone else? Whether with my business associates or in my personal life, I can't force anyone to be who they're not, feel how they don't feel, or meet me anywhere they're not willing or able to meet me. And that's ok. I'll be here for them when they are. I can only control me and how I respond or react to any given situation. I make my own choices and I'm responsible for them. They say life is 10% what happens to you and 90% how you react to it. My reactions aren't always the best, and that doesn't define me. But I'm still in the game. I haven't quit. Living life on a daily basis, working hard, dreaming big. Because that's what I do. That's what I'll always do. That's who I am. 💪💪💪 #LivingMyWhy #BecauseICan #LoveWhatIDo #LoveWhoIAm #StrongWoman #Dreamer #Fighter #TheGreatOutdoors #Nature #LuLaRoeLiv

As she continued the post, Meri wrote about why she had to take the reins in her life—no matter what anyone else did around her. Kody’s first wife had many conflicts in the past with her sister wives, kids, and husband, so some Sister Wives fans thought she was referencing those past arguments in parts of the caption.

“And the goals thatinclude someone else? Whether with my business associates or in my personallife, I can’t force anyone to be who they’re not, feel how they don’t feel, ormeet me anywhere they’re not willing or able to meet me,” Meri wrote. “Andthat’s ok. I’ll be here for them when they are.”

The Sister Wivesstar added that she knew she had to change her behavior instead of trying tochange how others felt or behaved. “I can only control me and how I respond orreact to any given situation. I make my own choices and I’m responsible forthem,” Meri declared.

Admitting some of herflaws, Meri added, “They say life is 10% what happens to you and 90% how youreact to it. My reactions aren’t always the best, and that doesn’t define me.”

She concluded the post with a self-love mantra and a commitment to keep going and growing. “But I’m still in the game. I haven’t quit,” Meri wrote meaningfully. “Living life on a daily basis, working hard, dreaming big. Because that’s what I do. That’s what I’ll always do. That’s who I am.”

As usual, some SisterWives fans responded to the post by encouraging Meri to move on from therest of the Brown family. Her recent moves towards greater independence have mademany viewers wonder if she is planning an exit. And as usual, many fans hopedMeri would leave Kody behind for good.

“I have a question? Areyou and Kody separated?” one fan wondered.

“Her biggest goal she canaccomplish is getting rid of him!” another fan quipped, referencing Meri’sdescriptions of her many goals.

While some viewers argued that critics were making unfounded assumptions about Meri’s marriage to Kody, others said she was working too hard and striving too much to stay with the rest of the Brown family.

“I stand by what I say:that whole family has treated her disgracefully and she is so much better thanthat,” one fan exclaimed. “She’s gorgeous, smart, and entrepreneurial, andthere is a wonderful world awaiting her. But the baggage has to be cut.”

One commenter respondedto Meri’s cryptic post about conflicts in her life with an encouraging message.“You really do deserve everything good @therealmeribrown,” they wrote. “I know we, the public only seea small piece of what goes on in your family, but you all seem so sad…You inparticular seem so singled out and just not understood. Kody does not treat youthe way he should.”

The Instagram user addedthat Meri would have plenty of support if she decided to go her own way. “I GETgoing through hard times in a marriage, but he seems like he just doesn’t careabout you,” the Sister Wives fan argued. “I hope you find real happiness,sweetie. I don’t think anyone, except the people that disregard your feelings,would be surprised if you went off on your own and found pure happiness. YOUare awesome! Don’t forget that!!!”

While it’s not clear whatMeri’s next move will be, one thing is certainly obvious: She would have adedicated fanbase willing to support her no matter where she went or what shetook on next.