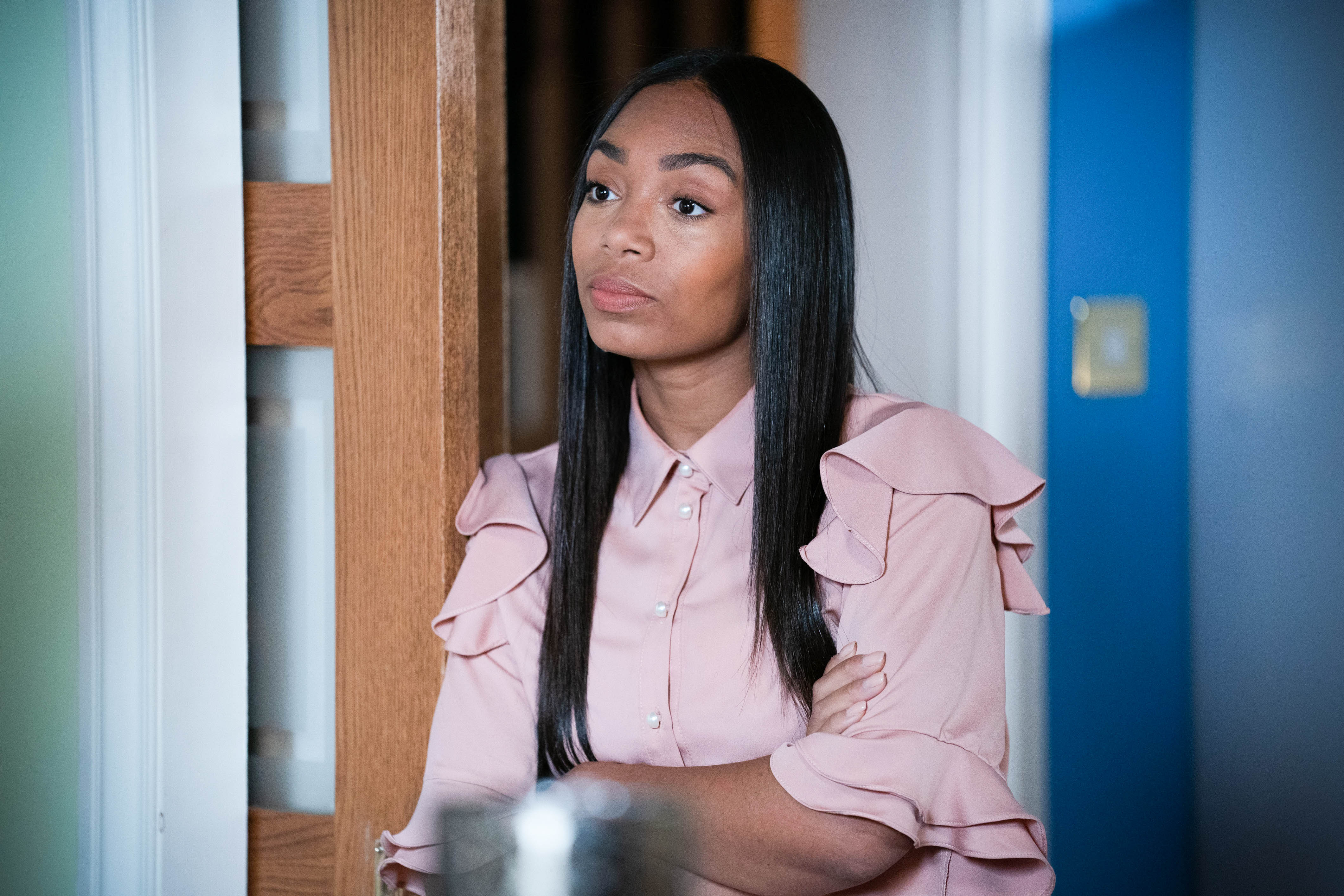 After spending a few weeks in a relationship with Gray (Toby-Alexander Smith), Chelsea ended things after seeing Gray unleash his anger over her wearing Chantelle’s ring.

While Chelsea hoped she’d be rid of Gray, she was horrified after taking a positive pregnancy test, confirming she’s carrying Gray’s baby.

Chelsea has been determined to keep everything a secret but, in upcoming episodes, the pressure gets to her as she finally blurts out she’s pregnant.

But how will Denise react?

Will she tell her mum Gray is the baby’s father?

EastEnders boss Kate Oates recently teased that Gray’s downfall has begun, could this pregnancy see things change again for him?

‘Life is going to throw Gray a curveball’, she said.

‘Something out of his control, that will bring the story back to its grass roots as he tries to start again in new relationship.

‘But Gray hasn’t been as clever as he thinks. Smoking guns are all over the Square, just waiting to be found. Gray’s downfall awaits.’