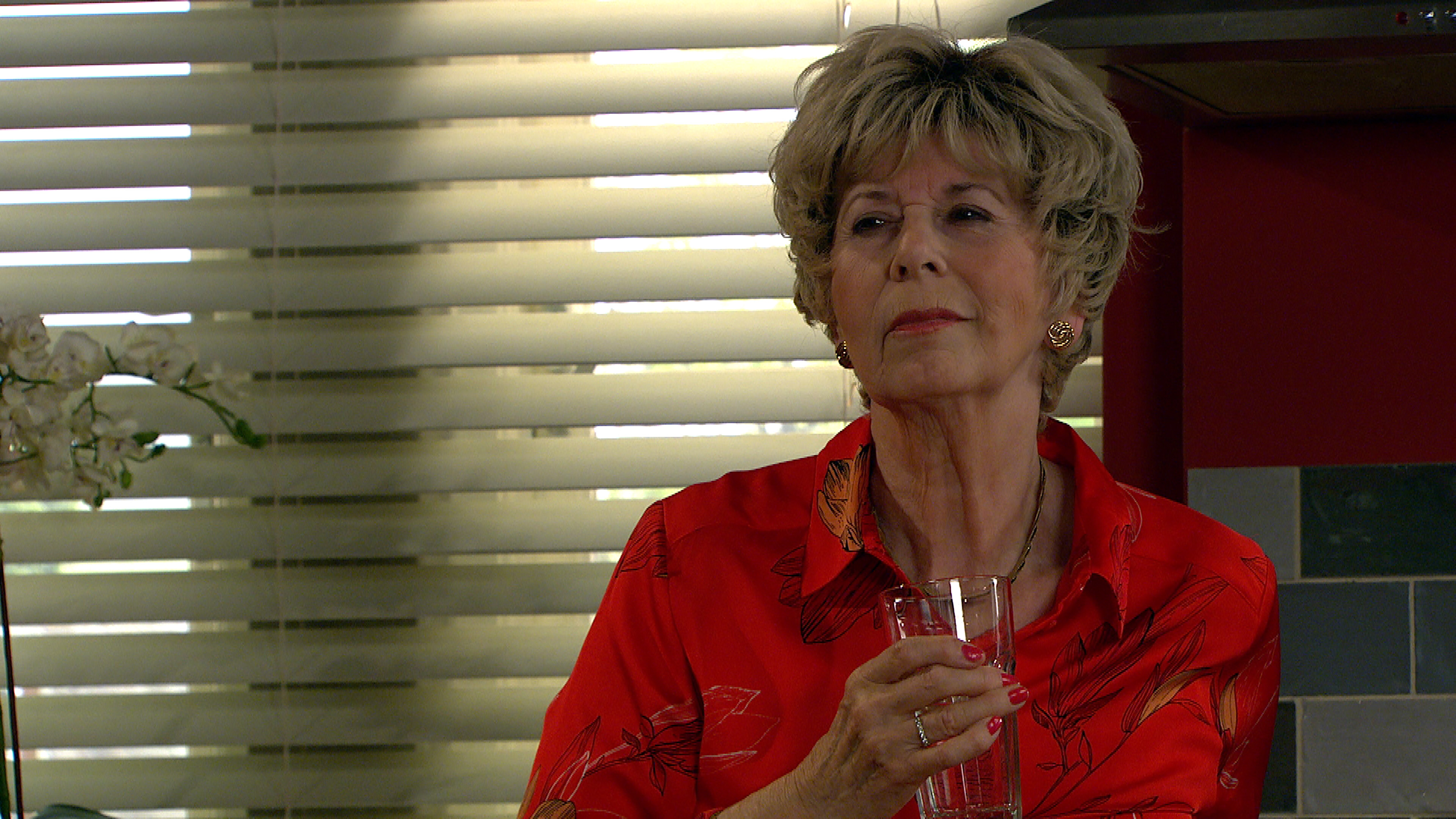 Meeting up with Michael (Doctor Who’s Colin Baker), Diane was left feeling unimpressed when Michael turned out to be more interested in a puzzle than her.

Luckily, Rodney stepped in to save the day.

Coming up, Rodney continues his campaign to win Diane back, but plans are scuppered when Belle (Eden Taylor-Draper) offers her services at the B&B.

Caught up in a moment, tipsy Diane can’t help agreeing when Rodney asks to move in with her!

However, the next day, Diane regrets her drunken night with Rodney.

Diane prepares to tell Rodney he can’t move in, but an awful injury soon puts her at Rodney’s mercy.

We’re certain Rodney will happily look after an injured Diane, but can she tell her former lover she’s not interested in getting back with him?

This has disaster written all over it…