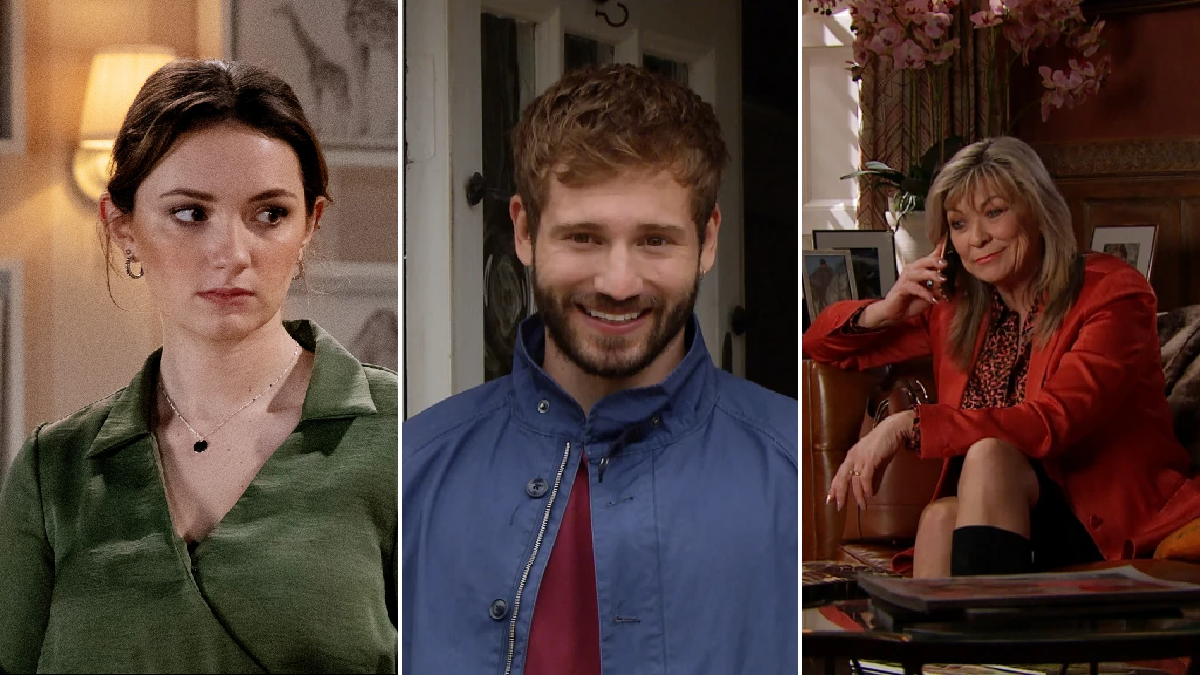 The fact Jamie Tate is still alive could be a secret that gets exposed during tonight’s episode of Emmerdale.

Last year, Jamie was involved in a car accident that saw him plunge into a river.

For Kim, she was convinced Jamie had faked his death to prove himself worthy of the Tate name.

But when he failed to turn up to Andrea’s memorial, it was enough for Kim to accept her son had died.

Of course, Jamie is still alive.

He’s living with Millie and Andrea’s mother, pleased to finally be rid of Kim.

Tonight, Gabby and Kim continue to clash ahead of Thomas’ christening.

Eventually, Gabby and Kim agree to holding the christening tomorrow, but unbeknownst to Kim, Gabby has a surprise for her.

But what will it be?

Or maybe Millie is back in the village after all?