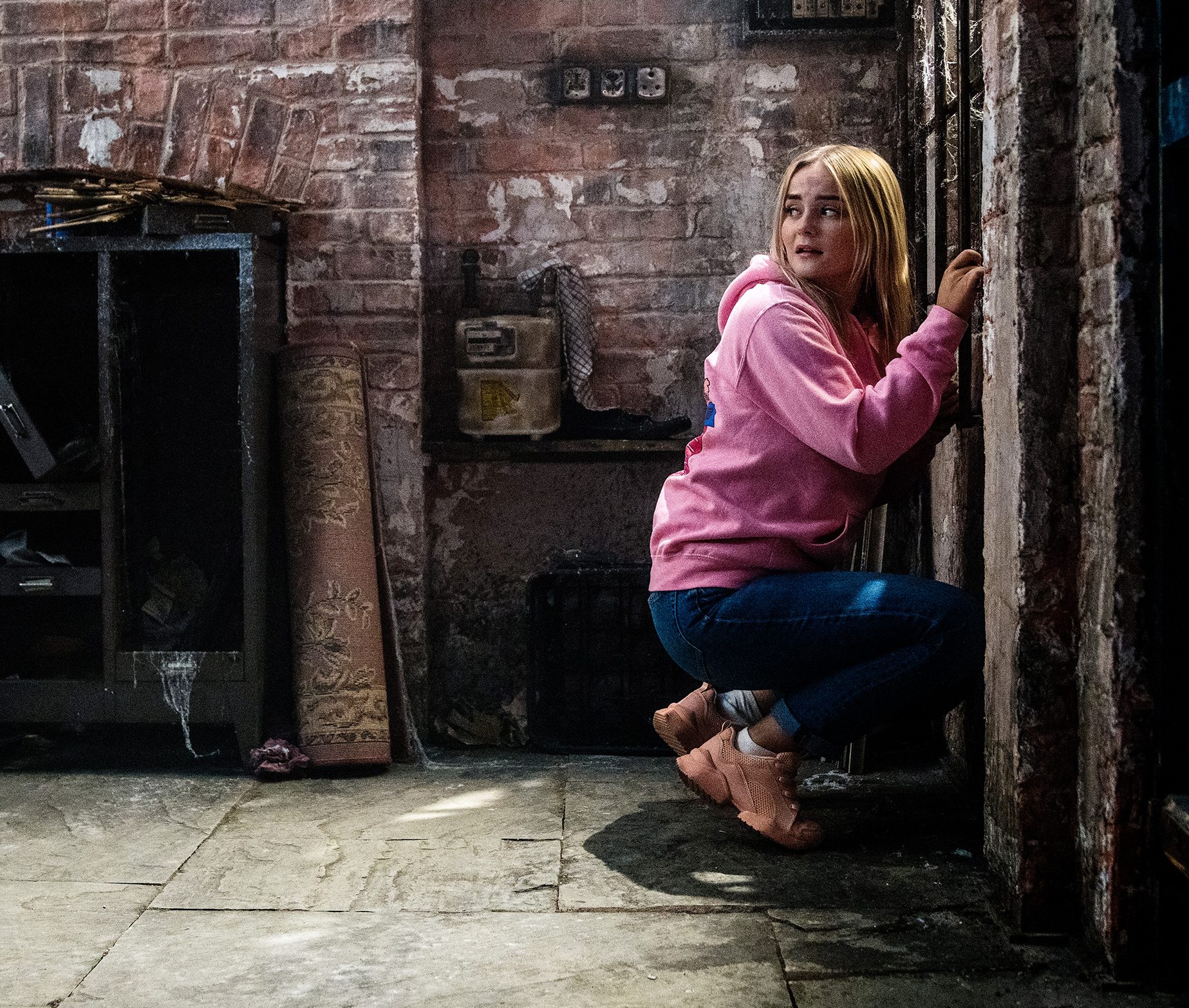 Coronation Street ended on quite the cliff hanger tonight as it was revealed that Kelly (Millie Gibson) had been kidnapped.

The daughter of Rick Neelan was last seen repaying one of her dad’s clients, Ross, before reappearing in a dark cellar.

Meanwhile, the residents of the street were unaware of Kelly’s situation. Gary (Mikey North) and Maria (Samia Longchambon) assumed that she was just steering clear of the flat, following an argument with Gary. Having found out what she was doing with her dad’s money, he had made his feelings clear, resulting in a blow out between the pair.

Similarly, Aadi (Adam Hussain), who was waiting for her at Speed Daal, assumed that she had stood him up on their date. He believed that his previous comment about her outfit choice had upset her and put her off.

In reality, Kelly had found herself in a much more dangerous situation. A mystery figure pushed her into the cellar before bolting the door behind her. They appeared to leave as Kelly shouted through a barred, broken window.

Who is behind Kelly’s kidnapping, and what exactly do they want?

With no one suspicious of her whereabouts, will anyone come looking for her?