Spoilers: Leyla in a panic as Suzy makes promise over dark secret in Emmerdale 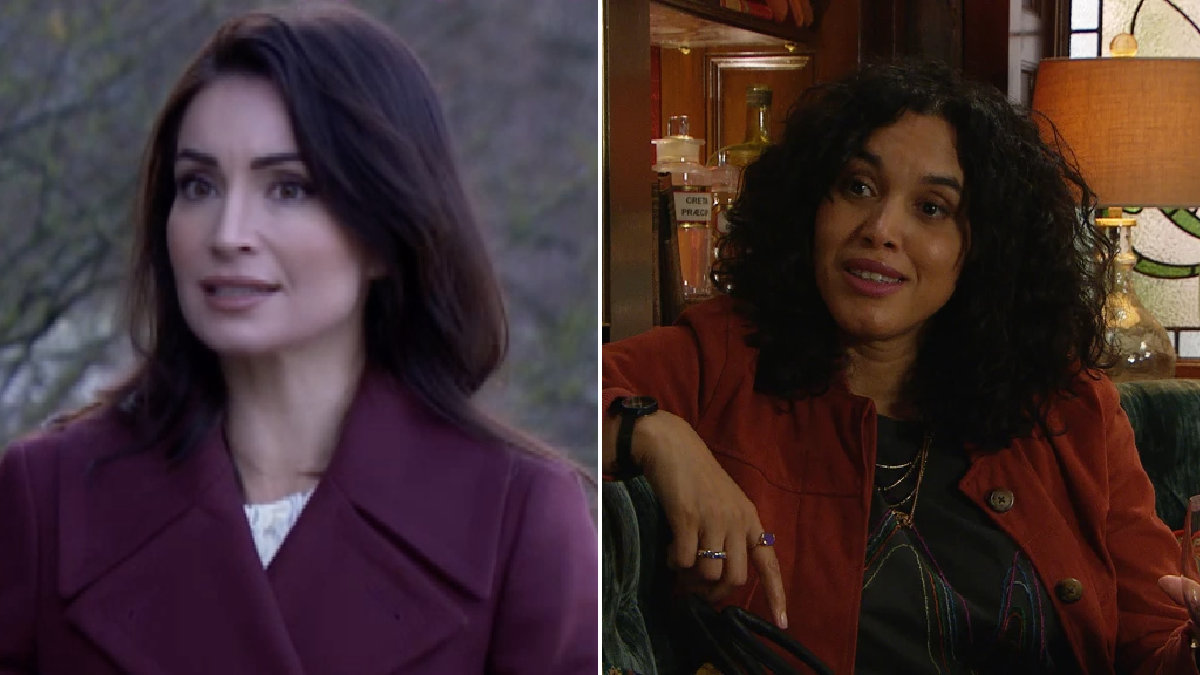 For weeks, it’s been clear that Leyla is hiding something as she took furtive phone calls and was mysteriously absent on the day of Meena Jutla’s (Paige Sandhu) verdict at her murder trial.

Now the next piece of the puzzle has arrived in the form of Suzy, who has struck up the beginning of a romance with Vanessa. After a date disaster earlier in the week when Vanessa couldn’t get hold of Suzy to cancel due to her unwell son Johnny, the pair enjoyed a rescheduled evening together.

The chemistry between Vanessa and Suzy was on fire, and after their wine tasting at David Metcalfe’s (Matthew Wolfenden) shop, they went for a drink at the Woolpack.

Ness’s ex Charity Dingle (Emma Atkins) couldn’t help but stare at them, and the vet introduced her to Suzy by declaring that she ‘collects glasses’ for a living. Ouch!

From one awkward interaction to another, Leyla soon arrived, fed up after a hectic day. But as she spotted Suzy and Vanessa together, she expressed her shock at the development.

It was immediately obvious that Leyla was quite shaken by this discovery, and there was sense that some fibbing was at play as she and Suzy quickly told Vanessa that they knew each other due to working in the same industry.

When Vanessa slipped out to the ladies’, Leyla told Suzy in no uncertain terms that she didn’t want her in the village. Suzy was taken aback, assuring her that she wouldn’t dream of revealing her secret. But Leyla insisted that Suzy couldn’t date Vanessa.

Suzy replied that she wouldn’t be told what to do, just as her love interest returned.

With Leyla left feeling uneasy, what on earth is going on? Just how does she really know Suzy, and what could be so bad that she would rather the other woman disappeared?