Spoilers: Nina broken as she is blamed for Seb's death in Corrie 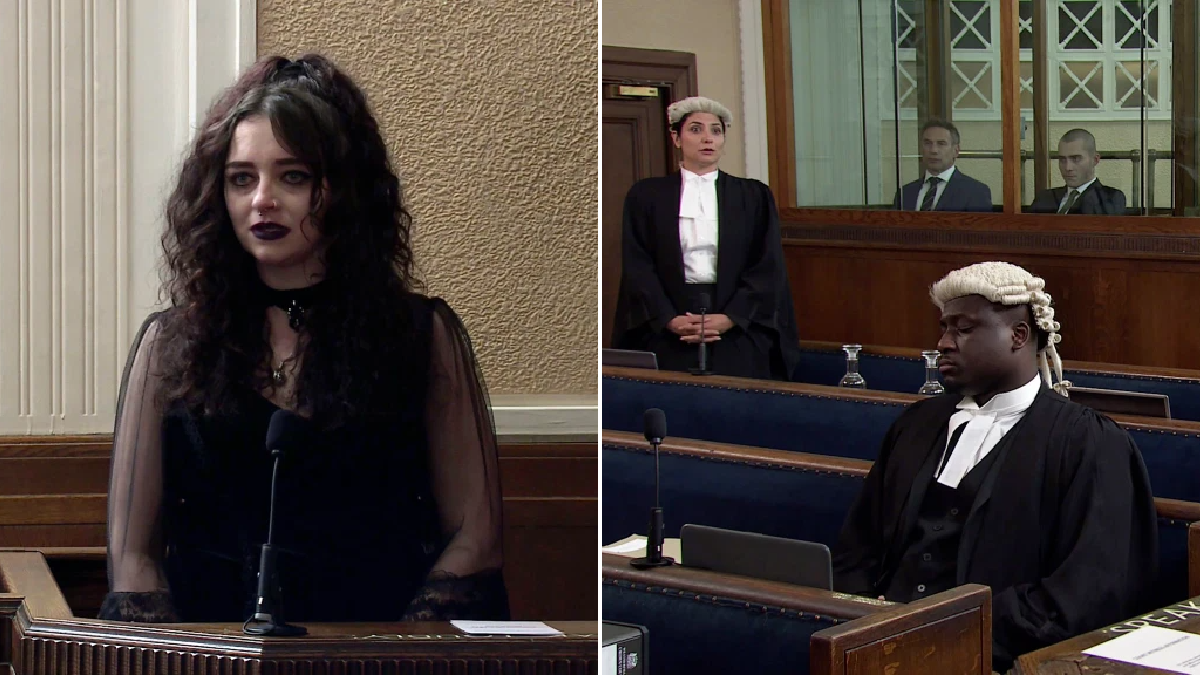 Nina Lucas (Mollie Gallagher) will be feeling the pressure in upcoming Coronation Street episodes as she’s questioned during Corey Brent (Maximus Evans) and Kelly Neelan’s (Millie Gibson) trial, and then blamed for her boyfriend’s death.

As a piece of music transports Nina back to the last day of Seb’s (Harry Visinoni) life, she decides to head back to the wasteland where they encountered Corey and his gang.

With Nina’s memory returning, she heads to the station and signs a new statement, hoping it’ll help bring justice for Seb.

Nina tells the court how she remembers seeing Corey kicking Seb repeatedly and Kelly (Millie Gibson) begging for him to stop.

As Sabeen (Zora Bishop) stands, she questions Nina about the reconstruction she staged and does her best to discredit her friends.

Nina begins to lose her temper, which leads to the court taking a break.

As Imran’s (Charlie De Melo) worry increases, the court resumes, but can Nina keep control to help get Corey sent down?

If her anger increases, how could that look from the jury’s perspective?