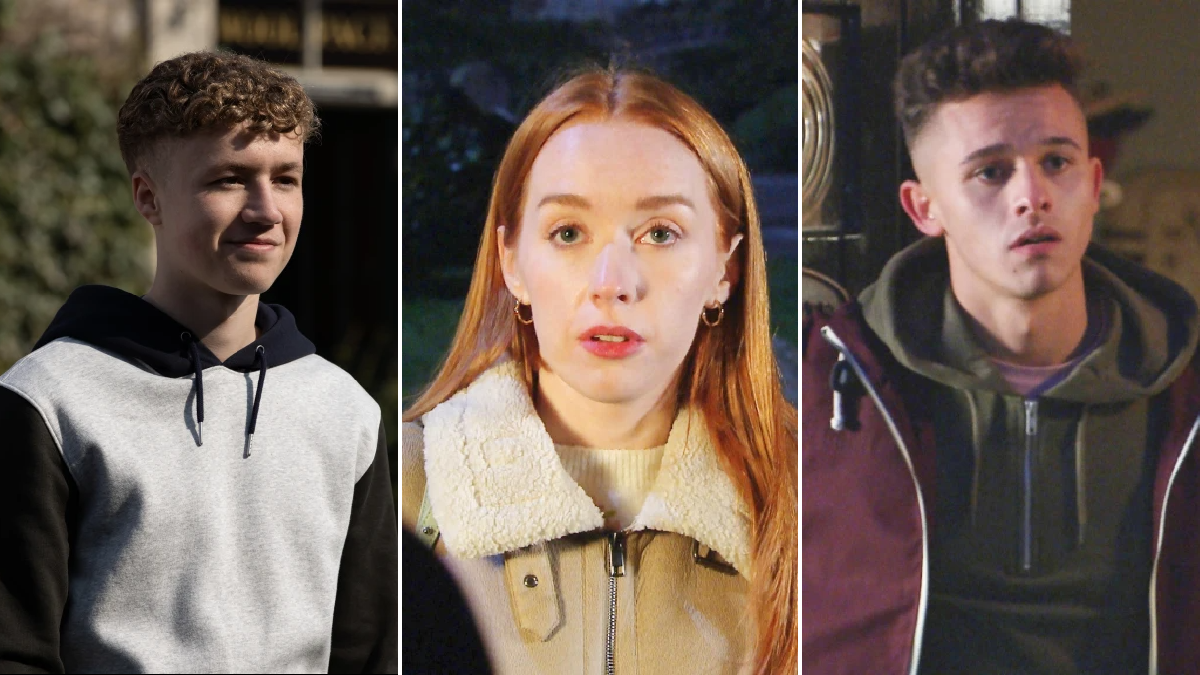 The teen has been secretly watching Chloe for several weeks, intent on winning her back by any means necessary. This has included spying on her via his drone, stealing her keys and entering her home, where he went on to plant a microphone and take her journal.

Noah also placed a tracker on her phone, and his creepy behaviour has allowed him to find out all Chloe’s favourite things – rather than simply asking and getting to know her properly.

With Chloe currently in the dark over Noah’s true colours, she has come to view him as a reliable friend, even confiding in him about Nate’s (Jurell Carter) mixed signals.

Tonight, Noah headed to a party held by niece Sarah Sugden (Katie Hill) at the home of Liv and Vinny Dingle (Isobel Steele and Bradley Johnson) who are away on their honeymoon.

Chloe was happy to see him, and Noah enjoyed growing closer to her as they continued to bond over some drinks. Meanwhile, Jacob, who has become much more responsible recently, wasn’t impressed when he realised that Sarah hadn’t actually asked Liv for permission to host a party.

As he began to tidy the house, Noah took the opportunity to slip Chloe’s journal in Jacob’s bag, ensuring it was visible for her to spot it. When Chloe saw her lost possession, she was shocked and instantly confronted Jacob.

Of course, Jacob was equally stunned by the turn of events. He protested his innocence, but Chloe refused to believe him and Noah backed her up. As he played the supportive role, Noah escorted Chloe to the pub as she thanked him for being there for her.

With Jacob at a loss over the situation, will be begin to suspect Noah is behind everything? And just how far is Noah prepared to go for Chloe?