Meghan Markle is currently in the process of applying for British citizenship, which could take years before it is accepted. Today, Stanley Johnson raised technical issues Meghan could face.

Applicants are required to stay in the UK for 270 days over a three-year period, and although she is married to royalty, Meghan has not received any special treatment throughout her application process according to Prince Harry’s communication secretary.

However, following the Duke and Duchess of Sussex’s announcement to “step back” from the royal family as “senior royal’s,” and go to Canada where they would spend some of their time, it seems her citizenship application could be in jeopardy.

Today (January 16) on ITV This Morning, presenter Holly Willoughby and Phillip Schofield spoke about the piece in The Globe and Mail which declared no member of the Royal Family could ever make Canada their home. 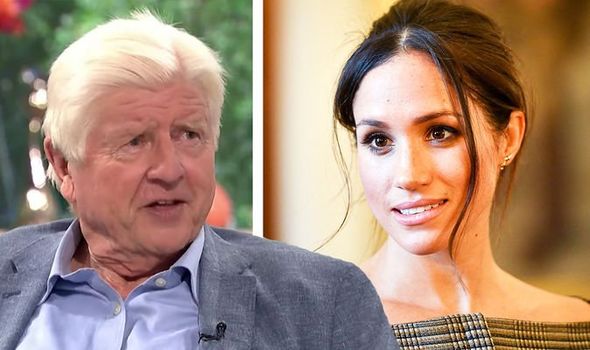 Discussing the headline, guests Georgia ‘Toff’ Toffolo and Stanley Johnson explained their views on the story.

“One of the reasons why they were slightly grumpy – this article, was because they didn’t want people to see Canada as a halfway house to where they really wanted to be which is America, Los Angeles,” Stanley remarked.

“Do you see? Their noses were slightly put out of joint. Canada is not a halfway house, it’s a real destination in itself.

“There was another point, a technical point; if Meghan was trying to get English citizenship as she is – you would’ve thought they would give it to her anyway as a wedding present – she’s got to spend [a few years here] and put in the days,” he added. 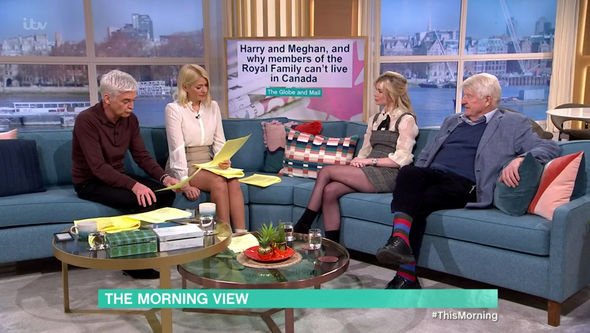 Toff also gave her opinion on the matter and said she was “really shocked” when she read the article for herself.

“In light of Meghan living there for six years, it is a real second home to her,” the former Made in Chelsea star explained.

A royal aide released a statement saying there was no change to the Duchess’ application at this time and that she still intends to become a UK citizen according to The Telegraph.

It comes after several scathing comments in Canada’s largest newspaper. 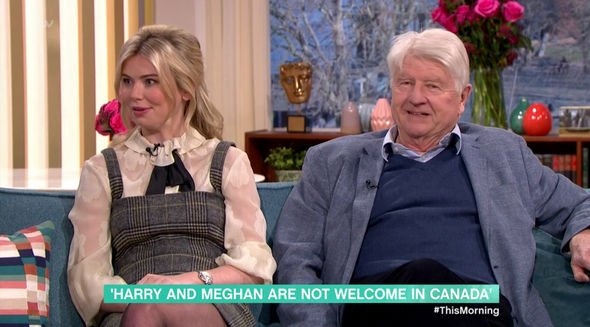 “In response to the sudden announcement of a vague and evolving plan for the Duke and Duchess of Sussex – Prince Harry and Meghan – to move to Canada while remaining part of the Royal Family, the Trudeau government’s response should be simple and succinct: No,” the editorial blasted.

“You are welcome to visit, but so long as you are senior royals, Canada cannot allow you to come to stay … It breaks an unspoken constitutional taboo.

After explaining how Harry and Meghan’s planned migration could ruin the country’s supposed long history of breaking away from the British political system, it concluded: “If you’re a senior member of our Royal Family, this country cannot become your home.”

As for how the Royal Family have dealt with the news, the Queen issued a statement.

Talks were held between senior members of the royal family on Monday, and the so-called Sandringham summit allowed time to discuss a new role for the Duke and Duchess of Sussex.

The statement read: “My family and I are entirely supportive of Harry and Meghan’s desire to create a new life as a young family.

“Although we would have preferred them to remain full-time working members of the Royal Family, we respect and understand their wish to live a more independent life as a family while remaining a valued part of my family.”