Last December the Skywalker Saga concluded with The Rise of Skywalker. Now Lucasfilm have announced a new era of the Star Wars timeline that will be the next spot for their storytelling focus. The High Republic is set 200 years before Episode I: The Phantom Menace, as teased by a new video.

An official synopsis reads: “Hundreds of years before the Skywalker saga, the Galactic Republic is at its height.

“Protected by the Jedi Knights, the guardians of peace and justice throughout the galaxy.

“But a frightening new adversary threatens.”

The High Republic is a time of Jedi Knights “of the round table” but with new smugglers, scoundrels and bounty hunters to boot. 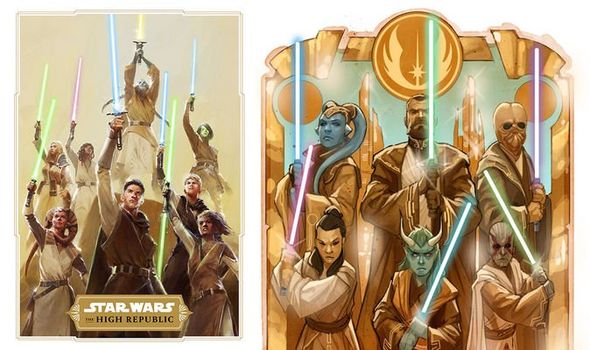 A golden age of peace for the Republic, the real threats come from the galaxy’s borders, which are like Wild West frontiers.

Described as being like Space Vikings, their motto is “Can’t take it with you, but we can take it from you.”

The High Republic will start with a core group of heroes that will expand over time.

The pre-prequel trilogy era will start with an event called The Great Disaster, which will see new heroes rise up.

Lucasfilm are producing stories for adults, teens and kids, with five books and comics being published this August.

But what about Star Wars’ main medium of movies and now Disney Plus TV shows?

Well, nothing has been announced as of it, but with a new storytelling era announced, it would seem like that these can’t be too far behind.

Meanwhile, a Star Wars insider, who correctly predicted plot details for The Rise of Skywalker, has teased a Darth Vader return is in the works.

According to We Got This Covered’s source, the Sith Lord has more appearances and cameos to come.

Certainly, there’s loads of space between his creation in Revenge of the Sith and Return of the Jedi.

Allegedly, Lucasfilm are planning this move due to “the extremely positive reaction to his short role in Rogue One: A Star Wars Story.”

After all, the scene of Vader slicing his way through Rebels at the end of that movie was shot just months before the film’s release after calls from test audiences for more scenes with the villain.

At the moment, it’s uncertain what Star Wars films Darth Vader could feature in, but the next one will be announced later this week.

Lucasfilm intended to confirm the next spin-off and its director by the end of January, but we’re well past that now.

Yet if the next film is set during Darth Vader’s time in power, presumably he’ll be making an appearance.