Steph McGovern talks to John Whaite: ‘What my LGBTQ+ friendships mean to me’ 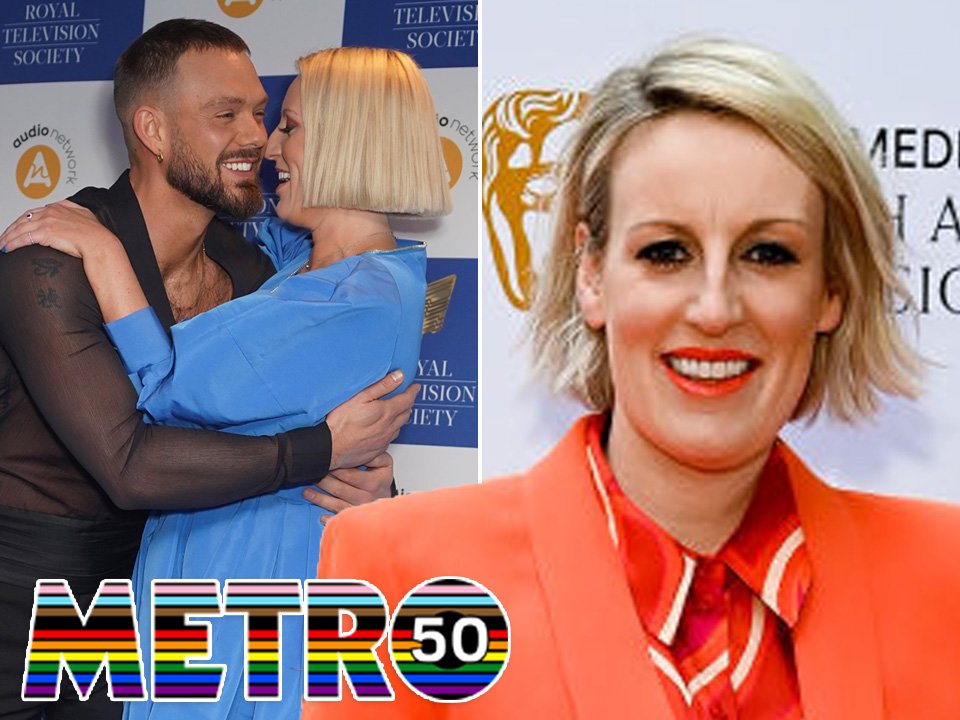 Steph McGovern is one of the UK’s leading television presenters, jumping from BBC Breakfast to launching her own daytime TV show, Steph’s Packed Lunch – and, impressively, in a pandemic.

Metro.co.uk’s Entertainment Guest Editor John Whaite is a staple on the programme, joining his close mate Steph to interview guests and introduce viewers to simple and delicious recipes.

Here, John speaks to Steph about the important of LGBTQ+ friendships as Metro.co.uk celebrates 50 years of Pride.

There’s something powerful in just having an LGBTQ+ person at the centre of a daytime TV show and actually we often have LGBTQ+ stories and guests on. How important is it to you to have a broad representation of everyone on your programme?

When I had a vision in my head of what I wanted the show to be, it was about a place where everyone is equal, like whether you’re a superstar celeb, or you’re somebody who’s sat in the studio watching the show – your opinion, your background, your voice is just as important as anyone else’s.

I think we can all learn from each other. There’s a place for confrontational TV where people go up against each other and argue and whatever else, and people quite like watching that, but that’s not me.

Confrontation is not my style, even though obviously, my journalism has meant I’ve had to do confrontation and interviews.

You create a place where anyone, everyone feels like they’re included, and listened to, and respected and valued, but we also have a laugh together and we don’t all take ourselves too seriously.

Did you have many LGBTQ+ friends growing up?

Do you know what I did and I feel really lucky for that.

I grew up with a friend called Rachel, and she was brilliantly out there. She came out when she was 13, she was really confident in it, despite the fact that it led to bullying, and various,  confrontational issues in her family.

She was strongly out and at that point I didn’t know who I was. I just thought she’s fabulous because she’s just so confident in who she is and I remember we used to listen to her, she’d tell us her stories.

And I love that her and I love people who own who they are, no matter what judgment other people might throw at them.

I grew up with her and some guys who were gay as well, but nobody came out apart from Rach until much later on, but she showed us the path to be able to do that.

But also our straight mates are just as important in all of this and I’ve learned so much from them as well. I didn’t silo myself off, I just had a real eclectic mix of mates.

What do your LGBTQ+ friendships mean to you?

We talk a lot about any potential things we’re worried about because we’re two mums – two sets of two mums – it’s been really good for me.

Again, for me though, it’s just about that mix of friendship groups and whatever sexuality my mates are is irrelevant. It’s just what do they bring to my life and what can I bring to theirs: do we make each other laugh? Tick. Are we there when we need to be? Tick. That’s about it really, in terms of what I need from a friendship and hopefully what they need too.

But my eclectic group of friends involves obviously lots of people in the gay community, like yourself, John, who are really important to me, and also make me who I am and it keeps me grounded.

You make me feel fabulous that when we were out at the RTS Awards do, having you there was so important to me, you made me feel so much more confident about being on that red carpet.

Even if you’re very close to your actual family, in the LGBTQ+ community there’s the feeling of that ‘chosen family’ can you talk about finding your ‘chosen family’?

It’s about fitting in, isn’t it? I remember when I was younger and going to gay clubs and feeling like, “there’s loads of people like me here,” and we just started dancing and having a great time.

Through that, there’s people I am friends with now – you know, some of them.

They stayed my mates for that entire time, and there was that at least five mates that I just met on the scene and we kind of gravitated towards each other as like, “Oh, we’re all in this craziness together, and we’re still finding our way in life and finding our feet and working out who we are.”

Those friendships stuck and I’ve loved seeing how they’ve developed. They’ve got partners now and it’s funny to think it all started with a night out in a gay club.

When I was growing up and throughout my 20’s I was always very proud to have a lot of straight friends and actually distanced myself from the LGBTQ+ community which I now regret – now I couldn’t feel more differently – did you have a similar experience and if so when did that change?

When I was growing up in the Borough [Middlesbrough] it was always seen as the place where it was always statistically in the bottom end of league tables.

When I was there it was seen as the worst place to grow up as a girl so you’re already fighting against barriers that were put down and I think that is the very reason I’ve done as well as I’ve done because my school that I went to was really into telling you, “you’re just as good as anyone else.”’

I think that extended to sexuality as well. It was like, “actually, you can be anyone you want to be, it’s only yourself who’s gonna stop you.” So I have always had a mixed group of friends and I think I’ve probably been really lucky in that sense.

I didn’t distance myself from anyone. In my friendship group we went from having very straight lads in it to having transsexuals in our friendship group, it was just a total melting pot and I think that came from just wanting to break barriers and break societal norms as well of what who I was ‘meant to be’.

How will you be celebrating Pride this year?

I’m going to be celebrating it with you, I hope! I’ve got a few weeks off over the summer so I’m going be making the most of it.

I love going to Pride because it’s a great celebration of everything that we’ve achieved in terms of equality for sexuality. I feel like it’s that time to party and go,” Oh, my God, look at this. How cool is that?”

‘I don’t just think it’s for a particular community, I think it’s for everyone. My straight mates love it just as much as I do. And there’s always plenty of booze and some good acts on as well. Oh, we put on a good show, don’t we?

I think what’s great about Pride is just recognising where we’ve come from and celebrating that.

Don’t get me wrong, I know there’s still a journey to go for a lot of people in some communities, but I think it’s a good time to recognise that and also remind ourselves of how far we’ve come.

A favourite Pride memory with friends?

It’s just that thing of drinking on the street, having a drink with your mates with some type of sequins and glitter on your face.

I mean, this was me particularly when I was younger not so much now and just seeing everyone having the time of their lives.

Manchester Pride I absolutely loved, I was obviously there for a long time with the BBC and Canal Street at Pride is just the coolest place to be everyone looks spectacular.

I mean, they do during the day, at night, obviously a bit worse for wear but it’s just that atmosphere of joy.

When I was in Manchester there was the awful, awful terror attack there and I remember going to Pride after that, and thinking, “isn’t it amazing? We can still do this and this is such a big part of people’s annual calendars and it’s a great time to celebrate.’

To celebrate 50 years of Pride, Metro.co.uk has teamed up with Kyiv Pride to raise money for their important work in Ukraine.

Despite war raging around them, Kyiv Pride continue to help LGBTQ+ people, offering those in need shelter, food and psychological support.

We will be splitting the cash with a grassroots charity closer to home.

You can donate here