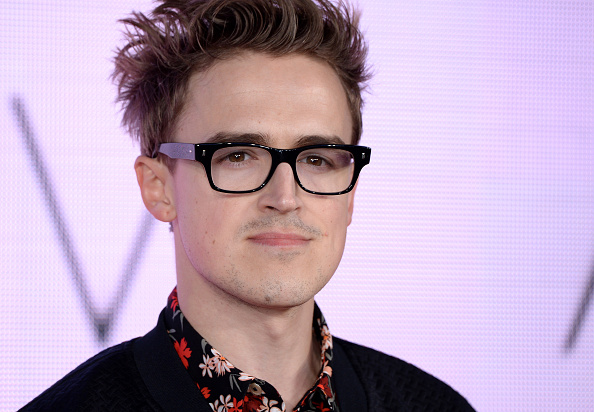 The launch show hasn’t even aired yet, but Strictly Come Dancing 2021 star Tom Fletcher has revealed he’s already suffered a minor injury as training gets underway.

On September 18, the new series of Strictly will finally launch on BBC One, with stars including Judi Love, Adam Peaty, Dan Walker and AJ Odudu showing off their best moves on the dancefloor in a bid to impress the judges.

McFly band member Tom was the very first celebrity to be announced of the line-up, nearly a year after his wife, Giovanna Fletcher, became the very first Queen of the Castle on I’m A Celebrity… Get Me Out Of Here!

In a new update on life behind-the-scenes on Strictly, Tom shared a photo on Twitter and Instagram of his left foot, with a bandage on one of his toes.

In the caption, the musician assured his fans that he’s ‘having too much fun’ to be in any pain.

‘One day of @bbcstrictly filming and my foot looks like this,’ he wrote, alongside a nauseated face emoji.

‘Having too much fun to feel pain! Don’t miss the launch show on Saturday. Can’t wait to tell you who my partner is!’ he added, with an emoji of a face with a zip for a mouth.

Several of the 36-year-old’s fans speculated in the comment section over who his partner will be, with some predicting it’ll be Dianne Buswell.

Other names that cropped up as guesses included Amy Dowden and reigning champion Oti Mabuse, who won the competition last year with Bill Bailey.

We don’t have long to wait until we find out!

Earlier this week, a very cheeky snap of Tom and fellow competitor Adam was shared online, showing them both sans clothes as they get their signature Strictly tans.

However, the picture ended up being removed from Instagram, with Adam revealing that the photo was taken off the platform due to ‘sexual activity’.

Not one to be discouraged, Adam reshared it on Twitter, writing: ‘It’s @bbcstrictly time! Hope this doesn’t get removed this time.’