The BBC made a few changes to last years series of Strictly Come Dancing; at times there was no live audience, and other weeks a few family bubbles appeared – at a social distance, of course, and all wearing masks. The celebrity contestants and their professional dance partners were not allowed to mingle, and they had to create their own bubbles minus any family members or partners. While hosts Claudia Winkleman and Tess Daly, as well as the judges Shirley Ballas, Craig Revel Horwood and Motsi Mabuse all had to keep a distance of two metres apart. Bruno Tonioli, however, didn’t step foot in the studio once, instead, he gave his thoughts and opinions on the Saturday night performances via a video link from America. As thoughts turn to this year’s show, it seems Bruno will be staying stateside.

In between Strictly series, the judges also appear on other shows across the world.

Motsi, who was a professional dancer in the 2nd and 3rd seasons of Let’s Dance, went onto be a judge on the show.

She also took part in Das Supertalent and Stepping Out as a member of the expert panel before coming across to the UK.

Bruno, meanwhile, regularly appears on Dancing with the Stars (DWTS) and last year, when the US dance competition got pushed back due to the coronavirus pandemic, his responsibilities clashed. 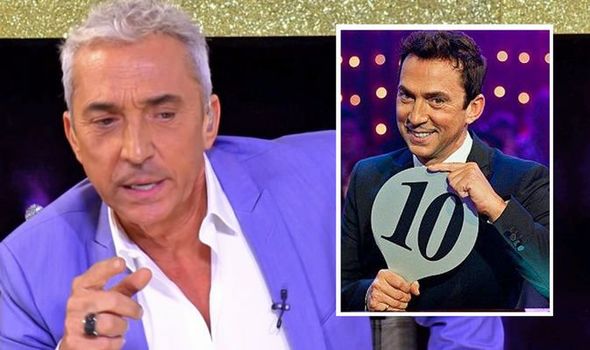 “He earns close to £1million a series in America, so he has to prioritise that.

“Of course, he’s still very much part of the Strictly family and is keen to appear on a video link several times through the series.”

The Sun continued to report this wouldn’t lead to Bruno leaving Strictly altogether: “Of course, Bruno will be back — he’s irreplaceable.”

Express.co.uk has contacted the BBC for comment and clarification.

It comes after Motsi had to miss two weeks of live shows due to self-isolation, luckily, Anton Du Beke was on hand to keep her seat warm.

His appearance as a judge – which some fans argues was overdue – was so successful, could he return to sit in Bruno’s chair later this year as a temporary judge?