Simon Rimmer, 57, was on hand to host Sunday Brunch with Tim Lovejoy, 53, and the pair spoke with a number of celebrity guests. As usual, there were also cooking demonstrations weaved within them and the latest episode of the Channel 4 programme saw chef Ching-He Huang. The latter made her Sweetcorn Dan Dan Noodles but as she began her demonstration, she made a comment about Saturday Kitchen host and BBC star Matt, 47, which left Simon a little rattled.

There has always been a friendly rivalry between Simon and Matt, despite their shows airing on different weekend days.

The former once again addressed this light-hearted feud between the pair when Ching began talking about her new plant-based cookbook, Asian Green.

“I can’t write this book and not be all in. I would be a bit of a hypocrite if I did that,” the chef remarked.

She continued: “And I was until Matt Tebbutt cooked me his delicious truffle burger on television,” but the host began booing.

“Honestly, that Saturday Kitchen lot will do anything to ruin somebody’s life. Every single week they do that to people,” Simon joked. 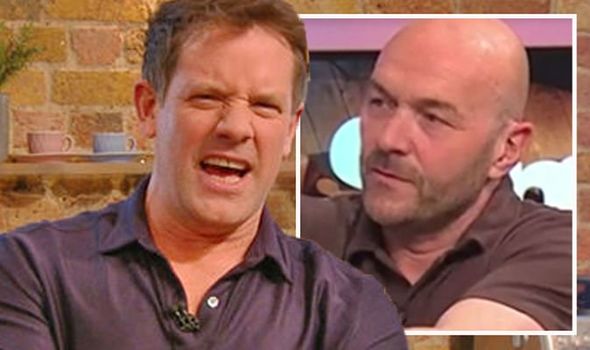 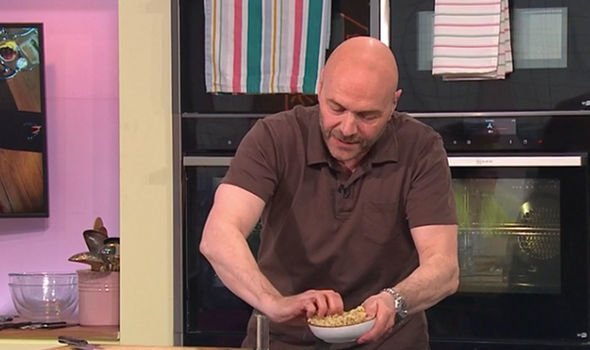 Ching laughed off the savage comments Simon had made and proceeded to carry on with the cooking demonstration at hand.

The swipe at Matt was quickly brushed under the carpet but this isn’t the first time the Sunday Brunch star has spoken out on the rivalry.

Towards the end of last year, Simon addressed his rivalry with Matt on Radio X with presenter Chris Moyles, 47.

The latter asked his guest: “There must be chefs on TV and you go, ‘What the bl***y hell are they doing? They’re rubbish.’” 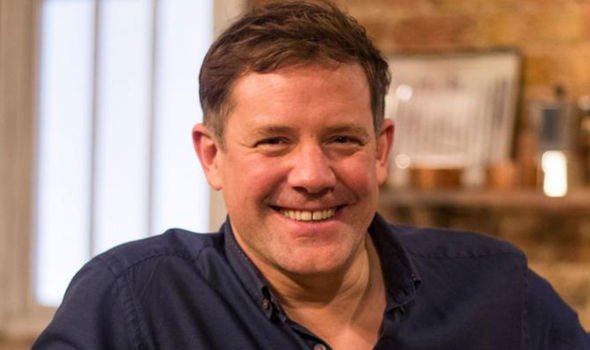 Chris continued: “Do you ever put Saturday Kitchen on and just throw things at the telly and say, ‘Oh God! You haven’t got a bl***y clue.’”

Simon replied: “We have a massive rivalry with Saturday Kitchen because at the end of the day they’re a weaker version of what we do.”

“You sit there and you look at Tebbutt with his posh face and you go, ‘Come on Tebbutt. Get a grip. You’re a lazy presenter.

“Work a bit harder,” Simon joked as he took a light-hearted swipe at his rival but reiterated the pair are actually good friends. 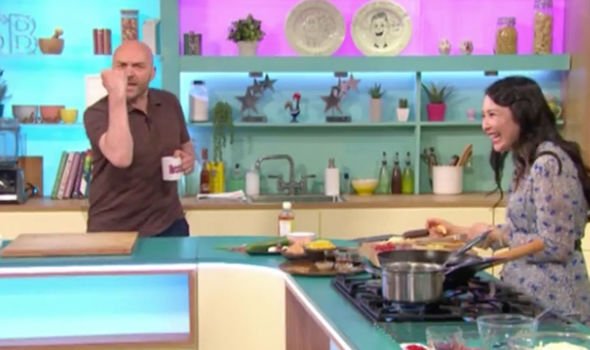 As well as presenting morning cookery shows, the pair also have another mutual connection with regards to giving live demonstrations.

Over the years, both men have had their own show at the Taste Cheshire Food and Drink Festival and are prestigious in the culinary sector.

Not only does he speak in front of live crowds, but Matt also continues to host Saturday Kitchen after taking over from his predecessor James Martin, 48, back in 2016.

However, his role at the helm of the show didn’t come without its difficulties, as he explained in an interview with Express.co.uk.

The television chef said: “I got into trouble when I first started because I made some flippant comment about allergies.

“I was literally just joking but you’ve got to be careful because there are a lot of people out there who take great offence.”

“You’ve got to be very careful when you’re having a conversation,” the culinary genius continued.

“There’s a fine line between thinking you’re down the pub with your mates and actually remembering there are people from all walks of life watching at home on their sofas.”

Sunday Brunch airs Sundays at 9:30am on Channel 4. Saturday Kitchen airs Saturdays at 10am on BBC One.