'The Bachelorette': Stylists Considerations You Never Thought About

Anyone who watches The Bachelorette knows that the show’s leading ladies wear an array of glamorous outfits and looks throughout their season. The women don elegant gowns for cocktail parties and rose ceremonies and cute but casual looks for their dates. There’s a lot more that goes into these looks than the bachelorette simply pulling something out of her closet in the morning. Read on to discover how much goes into the outfits, hair, and makeup for The Bachelorette. 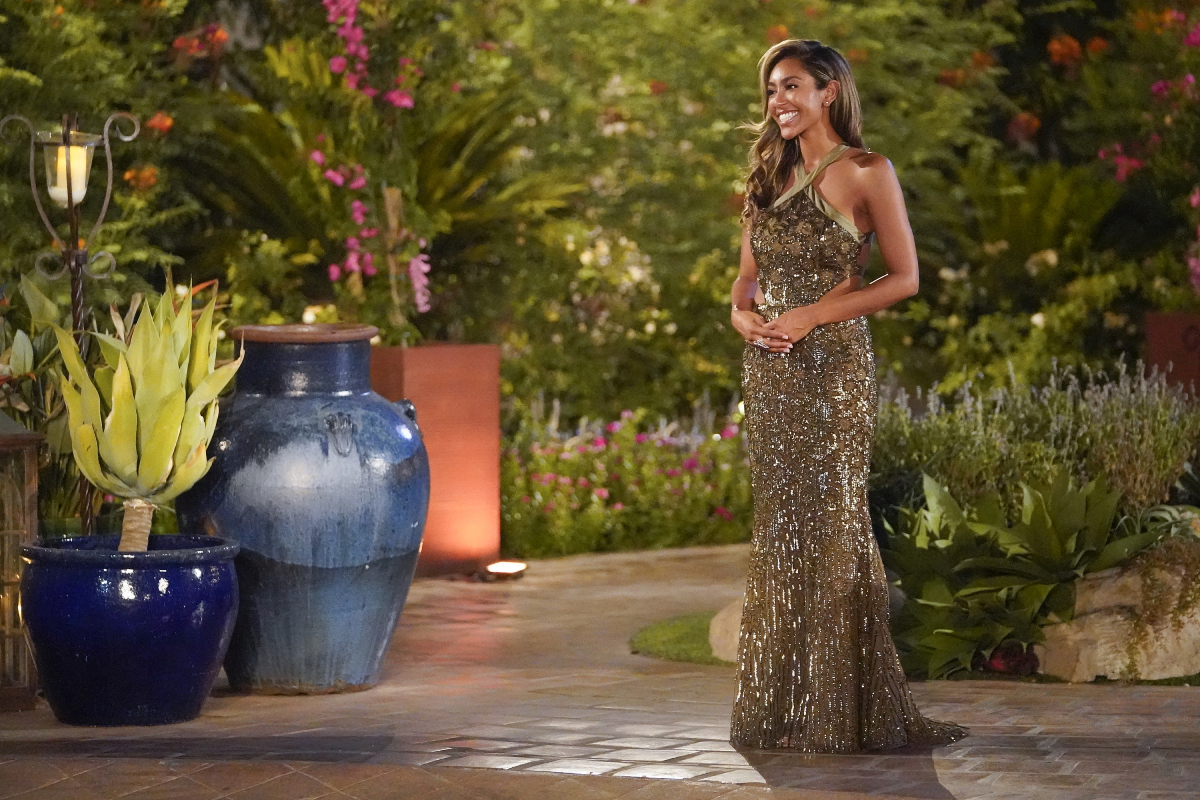 Cary Fetman begins with fittings for the bachelorette

“There’s probably 45 racks of clothes – four full racks of just gowns and you start off with so much because you’re just getting a chance to first really meet the person,” Fetman told Style Mag Daily. During the fittings, the seasoned stylist had to keep in mind each bachelorette’s unique preferences.

“They have an image of what they feel pretty in. It has nothing whatsoever to do with you and you have to try, and see when they are looking in the mirror, what they’re seeing. Whatever they’re seeing, you have to see too. Because it doesn’t matter how beautiful you tell them they look. If they don’t feel it, they’re not going to feel it.”

The bachelorette has a say in choosing the outfits that make them feel confident and beautiful during their styling. Katie Thurston has taken a lot of heat for the looks she wore during her time as the bachelorette. Thurston frequently rocked jeans and basic t-shirts.

However, the 30-year-old defended her simple outfits on her Instagram story. “Look, I’m just like your basic f***ing girl who somehow became a Bachelorette,” she said. “But you know, I’ve said it before, and I’m going to say it again: It’s not about the wrapping paper, it’s the gift inside.”

Clothing choices have to be considered at all times

The bachelorette spends a lot of time on camera once filming for the season commences. Cocktail parties and dates aren’t the only instances where wardrobe has to be considered. Fetman considers what the bachelorette will wear even the morning after an evening in the fantasy suite.

“So it’s even more clothes, about trying to remember, “oh, I need you to be wearing something when he’s leaving the next morning. Whether you had a good night or whether you didn’t have a good night, you still have to be on camera,” the stylist told Style Daily Mag.

Fetman also explained to Bachelor Nation why sequined dresses are often chosen for night 1. In the first episode, the bachelorette meets dozens of contestants while waiting outside. Fetman shared that choosing a dress that’s “not soaking up all the water in the driveway” is of the utmost importance.

Let’s not forget hair and makeup

The work isn’t done after the bachelorette’s outfits are selected. Hair and makeup have to be given careful consideration, especially for formal cocktail parties and rose ceremonies. Gina Modica has been a makeup artist on the series for quite some time.

Not only does Modica have to choose makeup to suit each bachelorette and compliment her outfit, but the makeup artist has also had to unlock the secrets to smudge-proof foundation and lipstick that won’t easily be kissed away. Modica admitted to Popsugar that even now she has not found “a lipstick that is truly kiss-proof.”

“That’s why I like to keep the lipstick shades we use in the neutral color family,” Modica explained.

Finally, hairstylist Kristin Grip shared that the bachelorette does have access to a hairstylist, though contestants on The Bachelor do not. However, Grip revealed to New Beauty that some bachelorettes, like Jojo Fletcher, sometimes prefer to style their own hair. Fletcher has a particular method for achieving her flawless curls.