'The Big Bang Theory': Why Sheldon Never Wrote His Scientific Formulas On Screen

Sheldon Cooper was an all around genius on The Big Bang Theory. And by the end of the series, his scientific scientific breakthroughs earned him a Nobel Prize.  But oddly enough, Sheldon is never seen fully writing his formulas on screen. Well, according to actor Jim Parsons, who played Sheldon for 12 seasons, there’s a reason the character doesn’t do much math on camera. 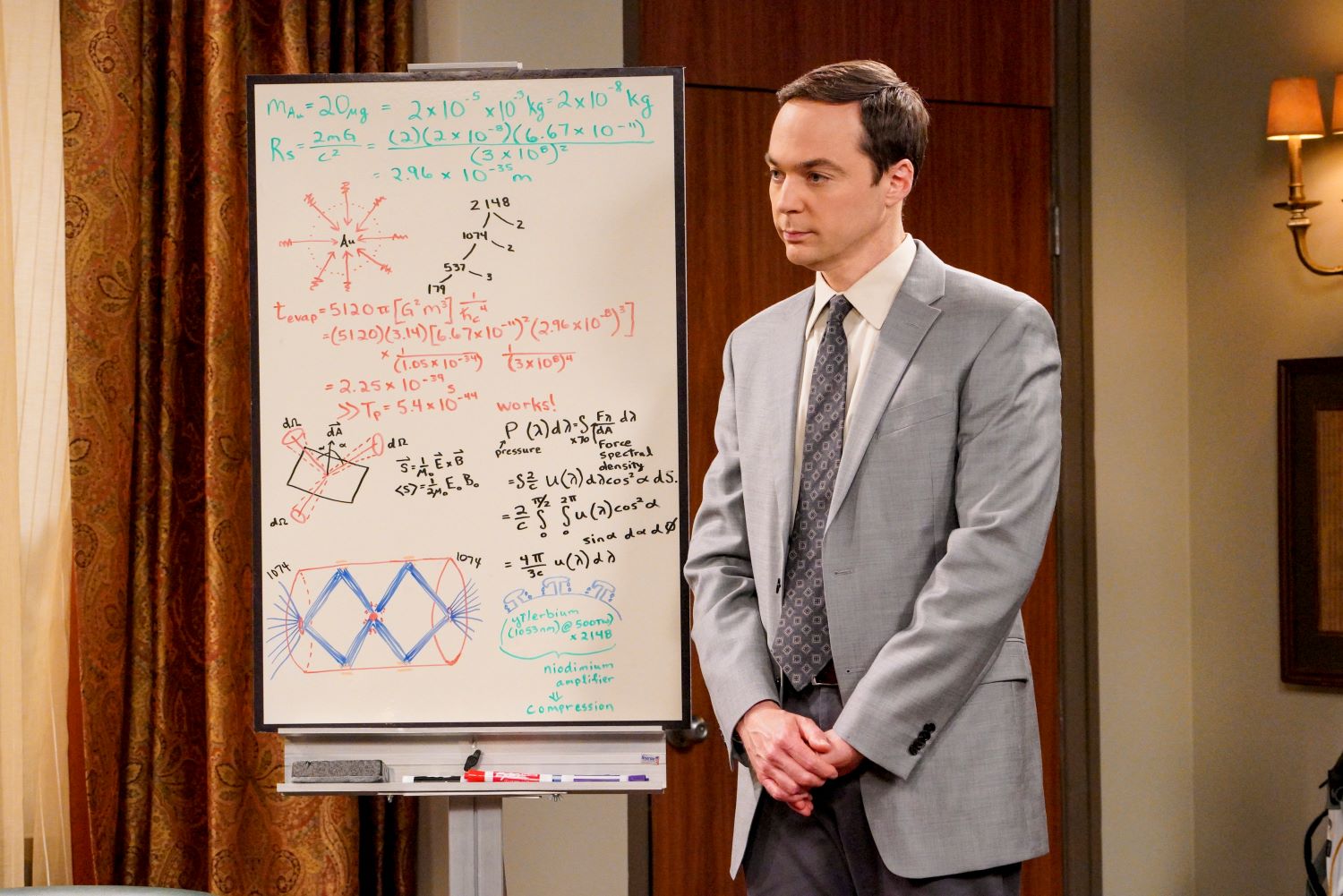 Sheldon was a theoretical physicist on ‘The Big Bang Theory’

As seen on The Big Bang Theory, Sheldon was a theoretical physicist at Caltech, who believed fields like biology and engineering were far too remedial for him. After growing up in East Texas, he started college at age 11 and got his Ph.D. at 16. Throughout the series, he researched String Theory and Dark Matter.

But Sheldon wasn’t just a science genius. With his eidetic memory, he could recall facts about hundreds of different subjects, including animals, literature, history, and science fiction. Like his friends Leonard (Johnny Galecki), Howard (Simon Helberg), and Raj (Kunal Nayyar), Sheldon was a big comic book fan who also loved popular sci-fi works like Star Wars and Star Trek.

The science on Sheldon’s whiteboards was real

On The Big Bang Theory, Sheldon would ruminate over the formulas on his whiteboard, trying to figure out the answers to String Theory or Dark Matter. And according to Parsons, most of the science on the boards was real.

“The science part is extremely easy as far as being able to tell you why it’s authentic,” he told NPR in 2010. “We employ David Saltzberg, who is a physicist who teaches at UCLA. He not only fact-checks, but he supplies a great deal of [the material]. “

“We need Sheldon to talk about something or teaching Penny whatever and [Salzberg will] come up with something,” he continued. “He sends over this diagram on this white board and he’ll throw in little inside jokes that I don’t find funny because I don’t know what the heck he’s talking about.”

As a theoretical physicist, Sheldon solves complex equations on the show. But the character is never seen writing out any of the formulas. If it were up to the writers, Sheldon would actually do the math he’s solving. But as Parsons told James Corden on The Late Late Show, he refused to memorize such complicated formulas.

“I can’t do that and talk at the same time,” he added.