The Chase: ‘You are that bad’ Mark Labbett in furious clash with contestant Bradley Walsh was back presenting The Chase this evening and was joined by four new contestants who all hoped to beat today’s chaser, Mark Labbett.

The first contestant to try his luck was Simon who introduced himself as an aspiring performer and expressed that he admires The Chase’s presenter.

Bradley then asked the contestant what he would like to spend his potential winnings on and confessed he would buy a very unusual item.

Simon revealed that he would like to purchase a “kitchen aid” leaving the presenter speechless before he finally regained his composure and continued with the show.

During his cash builder round, the 30-year-old earned a disappointing £3,000 before meeting today’s chaser which was revealed to be Mark.

Taking a swipe at both Simon and Bradley, Mark said: “So you’re an actor, presenter and comedian who can’t quiz. Great, there’s two of them now!”

Smirking, Bradley agreed: “But it’s true,” before Simon leaped to his defence and said: “Brad’s my hero.”

However Mark wasn’t finished with his fighting talk and tried to persuade Simon to take a lower offer of £300 by remarking: “You really should take it because you are that bad.”

But Simon hit back joking: “Three hundred fits like the Beast’s suit,” before Mark said: “Tell the cooks to get my food on, this isn’t gonna take long.” 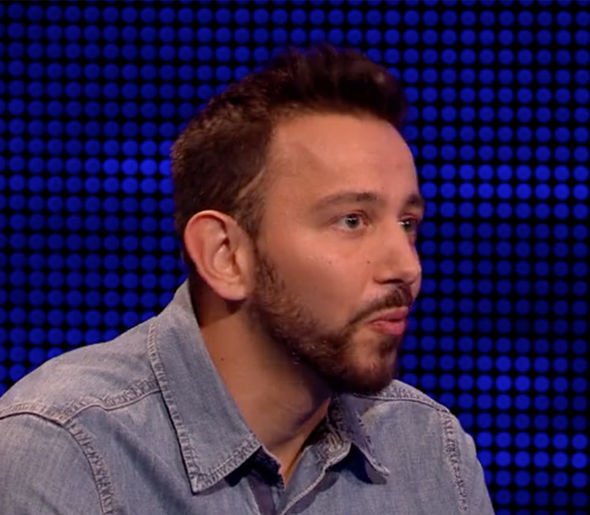 Bradley then jumped in and added: “Think the gloves are off on this contest, good head-to-head, looking forward to this!”

Another tweeted: “Ooohh – @MarkLabbett is coming out all guns blazing tonight, and I LOVE IT!!!! #thechase.”

The chaser beat the aspiring performer during his head-to-head round before going on to beat the other three remaining contestants.

Tom was then chosen to present the team in one final attempt to win £4,000 for all four of them but once again beaten by the Chaser. 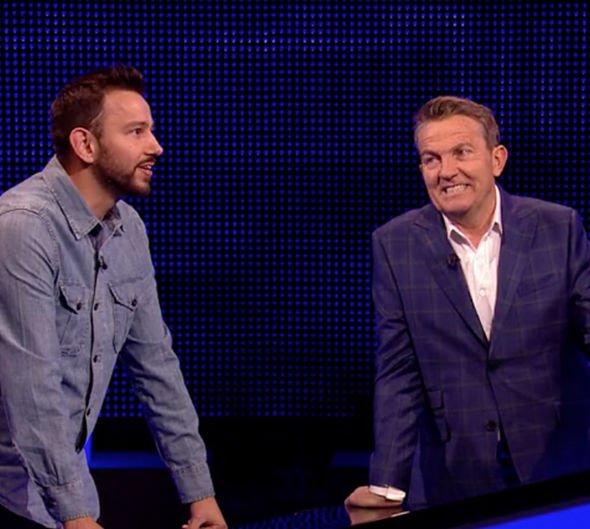 Earlier in the week, viewers watched as Bradley apologised to a contestant after he made fun of the answer he provided on the show.

During the first contestant’s cash builder round, the presenter and comedian couldn’t help but take the mick out of one of his responses.

Martin, a semi-retired GP, was asked: “What cuisine is the chain La Tasca?” to which replied: “Scottish.”

As soon as Martin’s time ran out, Bradley burst out laughing and then apologised: “I’m so sorry but La Tasca being Scottish?”

Bradley called his answer “ridiculous” before Martin explained that he had been thinking about whisky and the presenter agreed that he understood his thought process.

The Chase continues weekdays at 5pm on ITV.