The Crown: Who was Venetia Scott? Did she really die in the Great Smog?

The Crown season four recently landed and many have already worked their way through the new episodes? Netflix has confirmed there will be a further two seasons to round off the series. Nevertheless, season one made quite a mark when it arrived back in 2016 on Netflix.

Who is Venetia Scott?

In The Crown, Venetia Scott is a young secretary who begins working for Winston Churchill as he embarks on his second term as Prime Minister.

The earnest blonde is keen to impress her new boss and fawns over his every move.

One memorable scene sees Venetia get soaked by her Churchill’s bathwater as she reads to him through a bathroom door.

She finally catches his attention in episode four when she recites a passage from his memoirs that she has memorised. 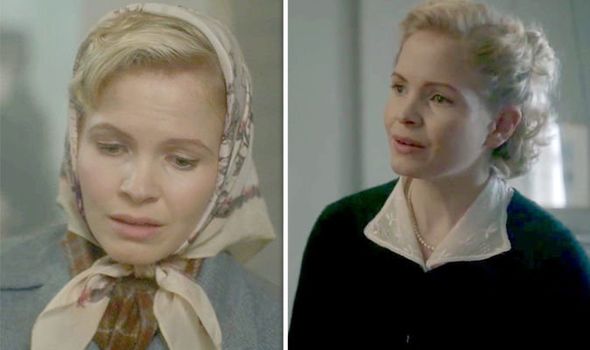 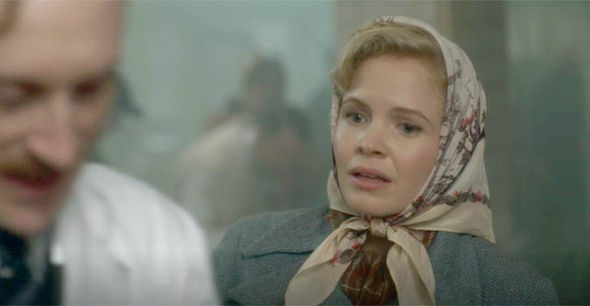 But tragically, she falls victim to the Great Smog of 1952 and is run down by a bus as she rushes to Downing Street.

After visiting her body Churchill is spurred on to tackle the smog after days of inaction.

He makes an impassioned speech urging Londoners to remain hopeful and announces a string of measures to prevent a repeat of the deadly pollution.

The speech saved Churchill from the chop. Unbeknownst to him, the Queen had been preparing to ask him to step down as Prime Minister but changed her mind after reading about his speech. 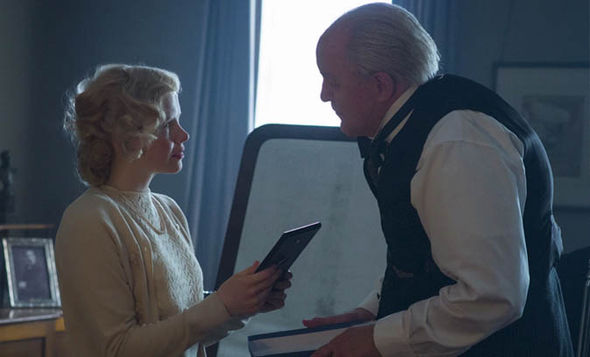 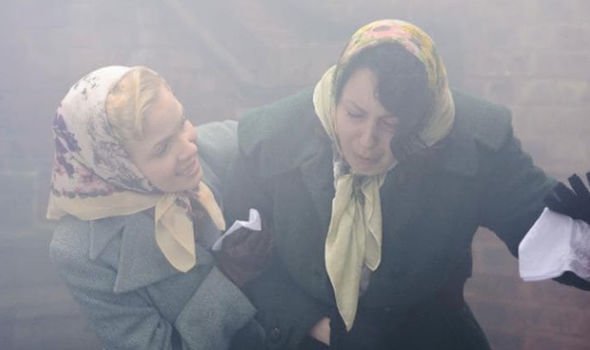 The lovestruck secretary is one of the few characters not based on a real person.

She was invented by the show’s creator Peter Morgan to add a sense of tragedy to the Great Smog of December 1952.

Although 4,000 were killed when London was covered in a blanket of thick, poisonous smoke, it was much less of a political crisis than the show depicts.

The episode is one of the most shocking instalments of season one and highlighted a big crisis hitting London during this period.

The tragic aide is played by Kate Phillips, who viewers may recognise from her turn as Linda Shelby in Peaky Blinders.

Phillips also had a role in the Downton Abbey movie as Princess Mary.

She has also Jane Seymour in the historical series Wolf Hall and as Lisa Bolkonskaya in War & Peace.

According to IMDb, she will next be starring in TV show Miss Scarlet and the Duke as the title character.

The actress will also be reunited with Downton Abbey creator Julian Fellowes with a role in The English Game on Netflix.

Previously speaking to Entertainment Weekly about featuring in Wolf Hall, Phillips said: “Wolf Hall was my first-ever audition. I was completely green to the whole experience and I remember reaching out to the one person in my year group who had ever done an audition and he gave me some tips as to how to attack the whole situation.

“It’s amazing to think how naive we were to the whole industry when we were at drama school. I met with Robert Sterne [casting director] and about a month or two later he called me in again to meet with the director Peter Kosminsky.

“To this day, I am so grateful to Peter and to Robert for casting me; it was a great first job and the most amazing experience, but also I know that it changed everything for me.

“My journey into this industry would be very different had I not had that job. I really feel like Peter really took a chance on me and I’m really grateful to him for that.”

The Crown is streaming now on Netflix