The hottest tickets at the Sydney Film Festival

So has the first look at the gothic Foxtel mini-series Lambs of God, centring on three nuns in an old monastery, the jazz documentary Miles Davis: Birth of Cool and the Frank Lowy documentary What Will Become Of Us.

But it's still possible to nab tickets for the rest of the program for the 66th festival that begins on Wednesday night.

The challenge is working out what to see given how much is screening at nine venues over 12 days.

To help you chart a path through the festival – Route 66 – here's a guide to the hottest films that are screening. 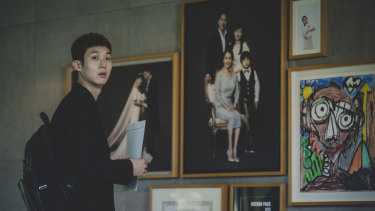 South Korea's Bong Joon-ho, who had a warm reception at the festival for Okja two years ago, won the top prize at the Cannes Film Festival with this satirical take on inequality centring on two families. It is screening in the $60,000 competition for "courageous, audacious and cutting edge" cinema. 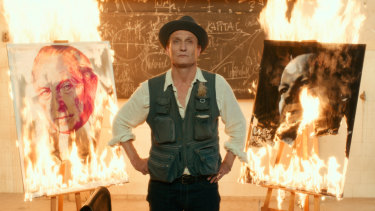 With Roma and Cold War, the field for best foreign language film at the Oscars was historically strong this year. Also nominated was this acclaimed epic drama from Florian Henckel von Donnersmarck, best known for the Oscar-winning Stasi drama The Lives of Others. It centres on an artist who grows up in Nazi Germany then, as a young man (Tom Schilling), falls in love with a fellow student (Paula Beer). 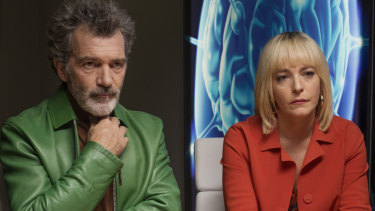 Spain's Pedro Almodovar (Volver, The Skin I Live In) has Antonio Banderas starring in a personal film about a director in a creative rut who reflects on his life and loves that is also screening in competition. Banderas won best actor at Cannes, Penelope Cruz is also featuring.

Danger Close: The Battle of Long Tan
Director Kriv Stenders (Red Dog, Australia Day) takes on a famous battle during the Vietnam War when just over 100 Australian and New Zealand troops held off an enemy force of more than 2000. Based on the experience of real life soldiers, it stars Travis Fimmel, Luke Bracey, Alexander England, Richard Roxburgh and Anthony Hayes. 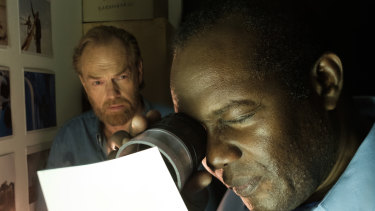 Director Ben Lawrence, who won the festival's Australian documentary competition with Ghosthunter last year, has the world premiere of the drama Hearts and Bones in the main competition this year. Hugo Weaving plays a war photographer whose bond with a South Sudanese refugee, played by newcomer Andrew Luri, is threatened by a shock discovery. 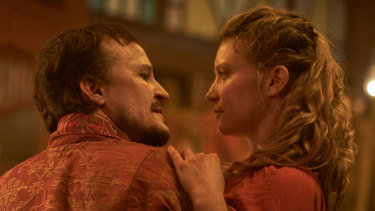 Actor turned director Mirrah Foulkes, part of Sydney's famous Blue-Tongue Films collective, calls her debut feature film an "epic female-driven vengeance story" but it is also a one-of-a-kind black comedy. Mia Wasikowska and Damon Herriman play 17th century puppeteers in a town where anarchy reigns until she decides to seek revenge of those who have wronged her.

In My Blood It Runs 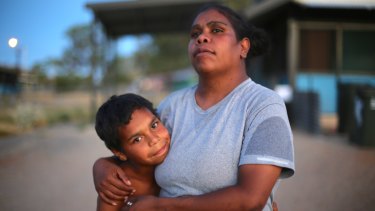 In the Australian documentary competition: In My Blood It Runs.Credit:Sydney Film Festival

Director Maya Newell, who made a splash with Gayby Baby four years ago, focuses on a 10-year-old Indigenous boy who is a child healer in Alice Springs. It screens in the Australian documentary competition alongside films on a famous cartoonist (The Leunig Fragments), what weddings mean to modern women (I Am No Bird), philanthropist John Kaldor (It All Started With A Stale Sandwich) and homelessness (Life After The Oasis) among others. 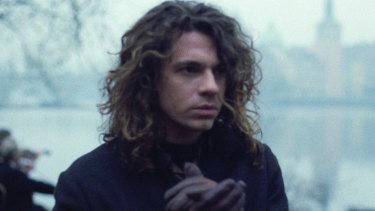 Richard Lowenstein (Dogs In Space, He Died With A Felafel In His Hand) looks at the great INXS frontman in a film that features home videos and rarely seen footage. Tickets for a special presentation at the State Theatre have been selling quickly.

Four determined men try to bring an outdoor Sudanese cinema back to life in a film directed by Suhaib Gasmelbari that won the audience award at the Berlin Film Festival. It is part of an international documentary program that also includes films on the moon landing (Apollo 11), Chinese society (One Child Nation, Leftover Women) and a female beekeeper (Sundance grand jury prize winner Honeyland).

Blinded By The Light 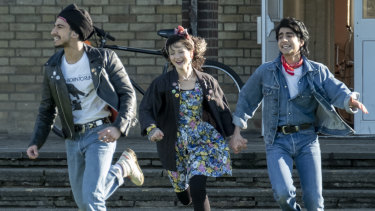 From the director of Bend It Like Beckham: Blinded By The Light.Credit:Sydney Film Festival

Director Gurinder Chadha, who had a hit with Bend It Like Beckham in 2002, returns to form with a comedy about a Pakistani-English teenager (Viveik Kalra) who is struggling to find his place in depressed Luton in 1987 until he discovers the music of Bruce Springsteen. It's based on a memoir by British writer Sarfraz Manzoor, who co-wrote the script, and features 17 of the Boss' songs.

Director Danny Boyle (Trainspotting, Slumdog Millionaire) teams up with screenwriter Richard Curtis (Four Weddings and a Funeral, Love Actually) for a comedy about an Indian-English musician played by Himesh Patel who – after an accident during a global blackout that sends him to hospital – wakes to find he is the only person in the world who knows the Beatles' songs. The cast includes Lily James as his childhood friend and Ed Sheeran and James Corden as themselves.

FILMS PEOPLE WILL BE TALKING ABOUT

Tickets have been selling quickly but the premiere of Ian Darling's documentary about the last three years of AFL star Adam Goodes' playing career, when he was booed at every touch of the ball, will be a powerful moment at the festival. Compiled from archival footage and news reports, it shows how racism was at the heart of so much of the criticism of the two-time Brownlow medallist and 2014 Australian of the Year. 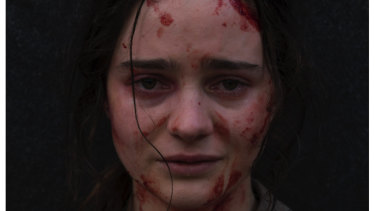 Australian director Jennifer Kent's long-awaited follow-up to The Babadook is a sledgehammer revenge drama set in Tasmania in the 1820s that provoked extreme emotions when it debuted at the Venice Film Festival, where it won two awards. It's an intense epic about a young Irish woman (Aisling Franciosi) who joins an Aboriginal tracker (Baykali Ganambarr) to hunt a sexually violent English officer (Sam Claflin) through the wilderness.

BEST OF THE NEW TITLES

Among nine films announced for the program this week is this French thriller that won the jury prize at Cannes. Directed by Ladj Ly, it centres on three members of a police patrol who are overrun while making an arrest in the tense gang-dominated suburbs where Victor Hugo set his novel of the same name.

Asif Kapadia, who made the acclaimed documentaries Senna and Amy, focuses on the great Argentinian footballer who rose from a Buenos Aires slum to become the best in the world before a brutal fall from grace. Compiled from what's called found footage, it looks at the two aspects of Maradona – his playing talent and the hubris that brought him down.

Sorry We Missed You

After winning the top prize at Cannes with I Daniel Blake in 2016, Ken Loach's new film is described as a devastating drama about poverty in contemporary Britain, where a hardworking Newcastle struggles in the gig economy when Ricky (Kris Hitchen) buys a van to become a freelance delivery man.

'ONLY AT THE FILM FESTIVAL' EXPERIENCES

A feature film made up of eight "vignettes" warmly tells the rich life story of a woman named Vai on eight Pacific Islands. The producers sought out islander women new to directing to tell stories about their own cultures set in Fiji, Tonga, Solomon Islands, Cook Islands, Samoa, Niue and both the North and South Islands in New Zealand. 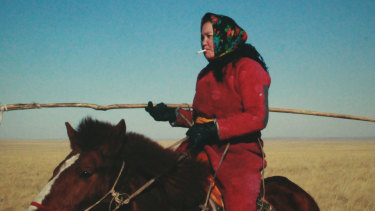 Chinese director Wang Quan’an, who won the top prize at the Berlin Film Festival with Tuya’s Marriage in 2007, has made a romantic comedy in the unlikely setting of the Mongolian wilds. With whimsical characters doing unexpected things in a leisurely-paced drama, it has been described as "the ultimate Chinese-Mongolian art film". 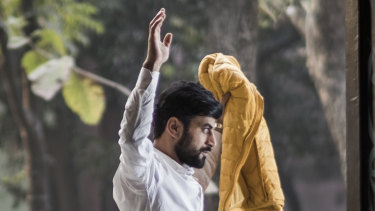 Bangladeshi director Mostofa Sarwar Farooki tells the story of a terrorist attack on a restaurant largely as a tense one-take thriller. Inspired by a real life attack in 2016, it has been banned in Bangladesh on the grounds that it could damage the country’s reputation and incite religious hatred but won the critics prize at the Moscow Film Festival.