If you think about it, actors are just professional liars. They go on screen and play make-believe, showcasing their acting prowess to convince audiences that what they’re watching is real. But for some actors, there were times where they actually had to lie in real life in order to land their roles. It’s not so different from lying on your resume to snag a job; sometimes actors have had to come up with little white lies to impress casting directors, and sometimes, it pays off.

For instance, Anne Hathaway had to lie about her ability to ride horses when auditioning for her role in “Brokeback Mountain.” She told Out that when she was asked if she could comfortably maneuver a horse, she didn’t hesitate to say yes, even though it was a lie. “My parents have given me a lot of gifts in my life, and one of them is: If you’re ever asked if you can do anything, say yes. You can learn anything in two weeks if you’re motivated enough,” she explained. While she embarrassed herself come rehearsal time, the white lie managed to land her the role.

In Shia Labeouf’s case, the actor has had to lie from the get-go. He entered show business with the belief that he would become famous, and so he pulled all the stops to get there. Keep scrolling to learn about the lie LaBeouf told to get his role on “Even Stevens.”

Shia Labeouf lied about being 'big in England' 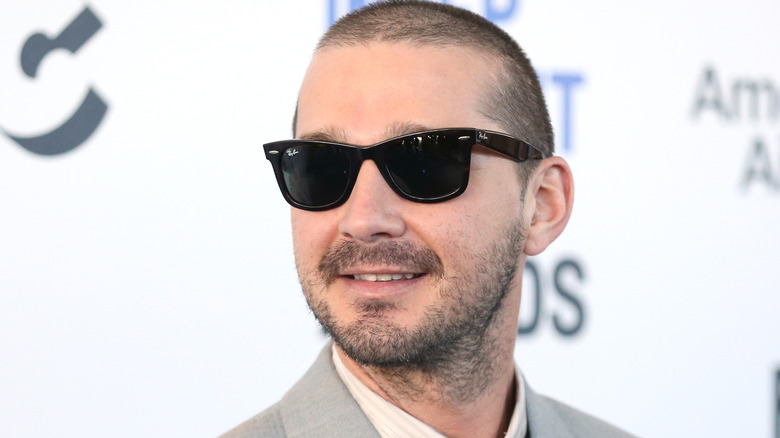 When Labeouf was 9, during a period in which his father had disappeared, he started gaining interest in acting. In an interview with GQ, he shared that his mother had enrolled him in the Big Brother program and he had been paired with a stuntman who introduced him to film sets. At the time, he told the stunt guys that he was going to be famous and was met with ridicule. But he was ambitious then, and that didn’t stop him from vying roles.

Apparently, it’s all thanks to Labeouf’s talent of deceit that he landed a career-defining role. Labeouf divulged that when he was young, he would browse through the Yellow Pages and call agents. “I had this fake résumé and all this garbage material,” he told Vanity Fair. “They knew it was a kid. … But they were interested in me because they’d never received a phone call like that.”

He managed to speak to an agent named Teresa Dahlquist and told her about the “phenomenal Shia Labeouf,” and promised her that he was “big in England.” While Dahlquist caught on to his lie, she still decided to sign him up. She helped pay for his rent and headshots and landed him cameos in TV shows like “Freaks & Geeks” and “E.R,” per Hollywood.com. These small roles served as a springboard that landed him the “Even Stevens” gig, and the rest, as they say, is history.

Shia Labeouf lied to his dad about his major film 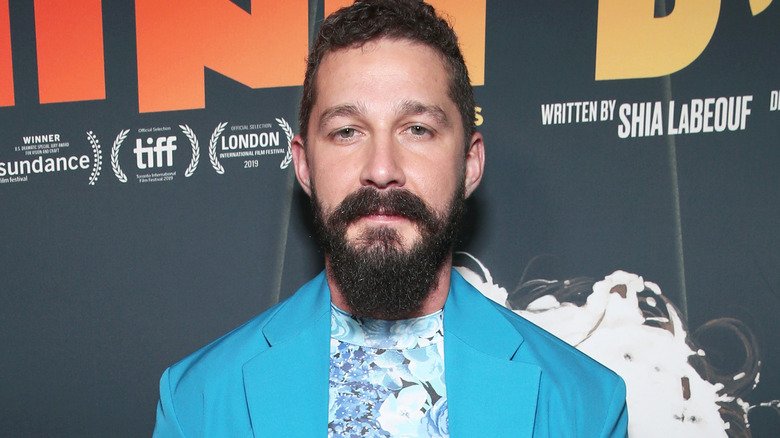 Apparently, his acting portfolio isn’t the only thing Shia LaBeouf lies about. He also had to do a bit of spinning to convince his dad to give him permission to use his likeness on the 2019 film, “Honey Boy.” If you’re not familiar with the film, it’s basically a retelling of LaBeouf’s complicated relationship with his dad. Knowing that it wasn’t going to be easy to persuade his father to sign away his life rights for the film, he had to come up with a lie that was hard to say no to.

In an interview with Jimmy Kimmel, LaBeouf recalled how he managed to get permission from his father. “My dad’s a pretty off-color character,” he said. “He wasn’t too enthused about me playing him. … So I lied to him and told him that Mel Gibson would be playing him. My dad was like ‘Mel Gibson? Alright, okay, alright.'”

While LaBeouf eventually had to break it to his dad that he wasn’t telling the truth, at least he got all the paperwork he needed to kickstart the film. Desperate times call for desperate measures, right?