Clues pointed towards EastEnders, and one Walford resident seems to be on everyone’s lips when Scarecrow performs. The Masked Dancer will end tonight (June 5), with the ITV show unveiling the winner. But will viewers be proved correct when Scarecrow is unmasked? Many fans believe Scarecrow is Kellie Bright, who plays Linda Carter in the soap.

Saturday’s clues saw Scarecrow telling a joke, and the answer hinted once again towards EastEnders.

In the clue package, Scarecrow walked past a sign saying “east end” and said it wasn’t their first time in a mask.

Taking to Twitter, many have mentioned the Albert Square landlady. 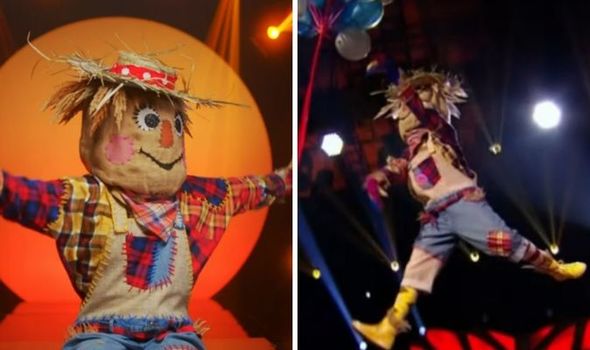 Another said: “I reckon the Scarecrow is Kellie Bright. #TheMaskedDanceruk.”

But others have guessed at a few other Walford characters.

Another said: “Maybe #Scarecrow is #tiffany from Eastenders? #TheMaskedDancer.”

“Scarecrow is Tanya Franks?? Eastenders and The Bill #TheMaskedDancer,” a different person guessed.

One more said: “Locking in my guesses for the final of #TheMaskedDancer Scarecrow: Tamzin Outhwaite,” while another said: “Scarecrow: Charlie Brooks.”

But could it be Kellie? She has played the landlady in the soap for years, and some of the clues do seem to add up.

Scarecrow danced to a song from hit musical The Greatest Showman.

But the winner is also set to be unveiled tonight (June 5), could Scarecrow win?

Scarecrow has baffled viewers, with guesses varying from Michelle Keegan to Jessica Ennis-Hill.

Joe Sugg’s name has also come up a lot in Scarecrow theories, but viewers now seem more sure that the celebrity is in fact a woman.