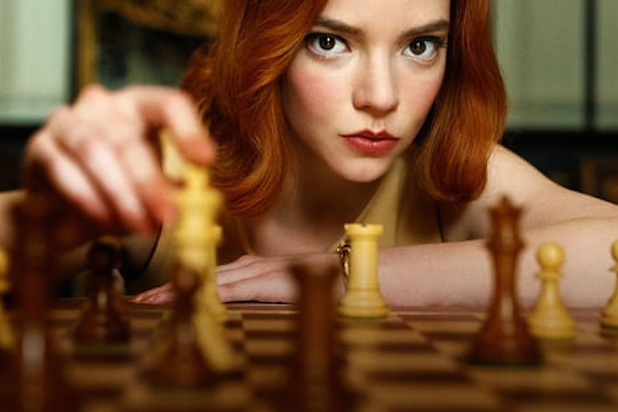 “The Queen’s Gambit” is being adapted as a musical for the theater stage, as the company Level Forward has acquired the rights to Walter Tevis’s book.

The Netflix miniseries about the story of fictional chess prodigy Beth Harmon has become wildly popular and acclaimed, and now her story will be turned into a stage musical.

It should be noted though that the production doesn’t seem have the involvement of “The Queen’s Gambit” showrunners or Scott Frank and Allan Scott or of star Anya Taylor-Joy.

“It is a privilege for Level Forward to lead the charge of bringing The Queen’s Gambit to the stage through the beloved and enduring craft of musical theater. Told through a brave and fresh point of view, audiences are already sharing in the friendship and fortitude of the story’s inspiring women who energize and sustain Beth Harmon’s journey and ultimate triumph. The story is a siren call amidst our contemporary struggles for gender and racial equity, and we’re looking forward to moving the project forward,” said Level Forward CEO Adrienne Becker and Producer Julia Dunetz.

Level Forward since 2018 has been behind shows nominated for a collective 37 Tony Awards, including “Oklahoma!,” “What the Constitution Means to Me,” “Jagged Little Pill” and Slave Play.” The company also produced and financed movies such as “The Assistant,” “Holler,” “On the Record” and “Rebel Hearts.”