The Repair Shop: Mother reunited with toy after house fire

The Repair Shop presenter Jay Blade and his team welcomed Judie and her beloved stuffed toy dog onto the show recently. The guest explained how her treasure was singed from a house fire and she was in desperate need of a loving repair. By the time the result was shown, there was not a dry eye in the room.

Bringing in the stuffed toy which she had named “Sad Dog”, Judie told the repairers: “So, I’ve had him since I was a little girl.

“He came on a lot of family holidays, he had his own little passport that I made and he always sort of stayed with me.

Then I met my husband Christian and he moved in with us,” she added. “He was [also] there when we brought both of our children home from the hospital for the first time.” 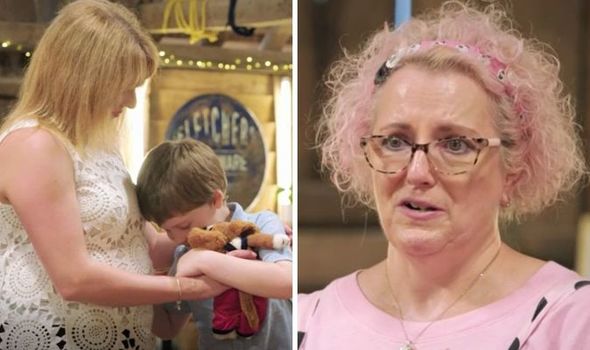 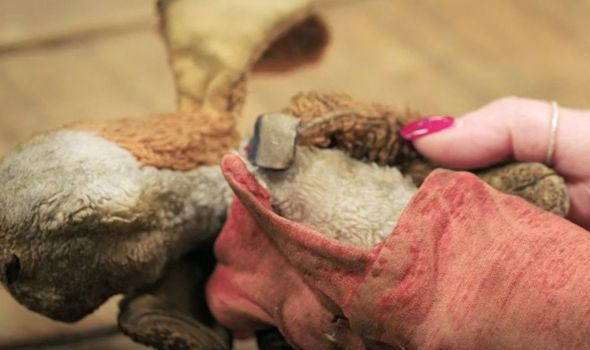 When asked if her children play with the dog, Judie said her five-year-old, Noah, did and added: “He is a source of comfort to him when he’s a bit upset about something.”

Despite being a much-loved family item, the stuffed toy was in desperate need of repair and explained how it came to being the state it currently was.

She told Jay, Julie Tatchell and Amanda Middleditch: “It was a very bad fire and we lost pretty much everything – the house was just like a shell.”

Luckily, none of the family had been in the house at the time of the fire, but poor Sad Dog was caught and had to be rescued. 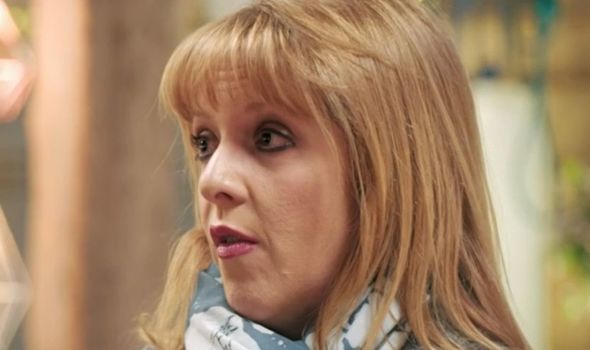 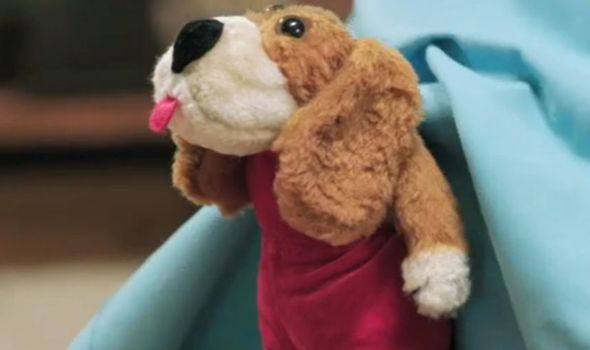 “He’s the only thing that was saved, and the most important thing to be saved,” Judie continued.

“Are you going to be able to do something with it?” Jay asked the miracle workers that were Julie and Amanda who restored stuff toys and they said they would do their best.

Later on in the episode, Judie returned with Noah to pick up Sad Dog from teddy bear restoration experts.

In emotional scenes, a brand new-looking Sad Dog was presented to his owners.

Before she saw the finished product, Judie revealed that the family were able to move back home two days before, and bringing the dog back home would be a fresh start.

As she saw the cleaned up and happy-looking dog, Judie was instantly brought to tears, asking “How have you done that?”

Noah was also moved, picking up the dog gently before hugging him close – a moment which had Julie and Amanda in tears.

“That has just made it all worthwhile,” Amanda said choking up. Wiping away tears, Judie said: “Thank you so much.”

“Oh gosh, we’re all gone,” Amanda laughed. “It’s just so lovely to see how much he [Noah] loves him, and we know much you loved him – and we’ve done is brought all that back for you.

And they weren’t the only ones in tears. Many watching from home took to Twitter to comment on the emotional reunion, with one writing: “Crying at 5 o’clock in the afternoon over a cuddly dog #theRepairshop.”

Another said: “Really enjoyed #therepairshop. Julie & Amanda & the fire damaged little dog, the work they did was fantastic.”

A third, writing to the duo who call themselves The Teddy Bear Ladies, wrote: “Was in tears at the end when Sad Dog was revealed and he was handed back to his family, you both did an amazing job getting him back to his former self, just looking at those pics above has made me smile and shed the odd tear again.”

“Sad dog to one very happy little boy, his reaction seeing sad dog, that was me gone. Amazing work by you both to restore such a treasured part of the family,” another viewer said.

They added: “This show is so worthwhile, emotional & the experts well they are the best,” while one commented: “you are two wonderfully talented ladies, this transformation was just fantastic.

The episode also saw the restoration of a baking mixer, brought in by the daughters of the lady who owned it, who had sadly died. Also fixed up was a nurse’s buckle which had once belonged to the owner’s late mother, ad he wanted it repaired for his daughter, who now plans on becoming a nurse.

The Repair Shop airs on Wednesdays on BBC One at 8pm.