'The Sopranos': Why Plans to Make Annabella Sciorra a Series Regular Didn't Work Out

Over the years, the mistresses of Tony Soprano (James Gandolfini) opened up interesting storylines on The Sopranos. It began with Irina, the youngest of the bunch. Through her, viewers got to know Svetlana, a cousin. Later, in one of the show’s more cringeworthy moments, Janice Soprano (Aida Turturro) stole Svetlana’s prosthetic leg.

On the whole, though, Tony didn’t take Irina seriously. And you could say the same about Valentina, the mistress who burned herself whipping Tony up a plate of Egg Beaters one night. But Tony met his match when he hooked up with Gloria Trillo (Annabella Sciorra).

Tony and Gloria shared several things (success, the same psychologist) in common. And, in terms of the series, Sciorra brought star-power worthy of TV’s most popular show. So after her season 3 work, Sopranos creator David Chase wanted to bring Sciorra back as a series regular. But it didn’t work out. 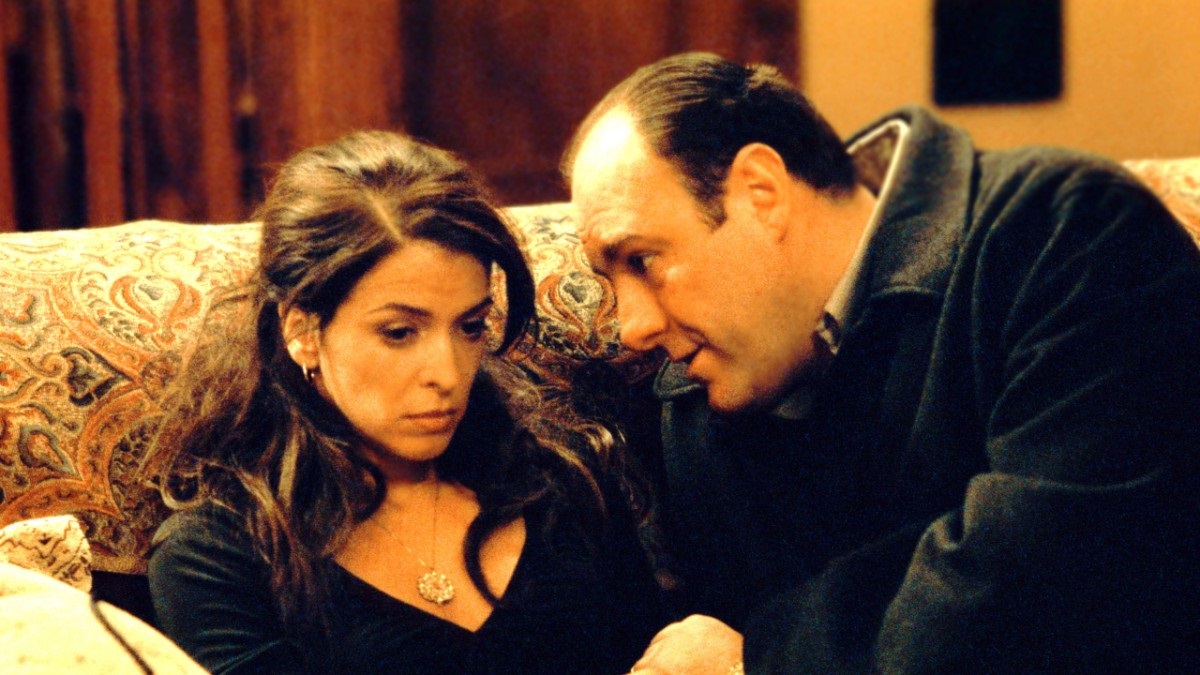 Gloria’s final appearances among the living revealed what a troubled woman she was. In “Pine Barrens” (season 3 episode 11), Gloria hurls a steak at Tony after he says he can’t stay for dinner. The relationship seemed doomed at that point.

In the following episode “Amour Fou”), viewers see Gloria and Tony together once more. This time, it ends with Gloria suggesting Tony kill her with his bare hands. Later on in the show, Patsy Parisi (Dan Grimaldi) stops by Gloria’s workplace, warning her to never go near Tony again.

To Sciorra, that episode marked the end of her time on the show. On the Talking Sopranos podcast, she said she went on an extended vacation to Italy that summer. When she returned, she found a number of episodes from Chase on her answering machine.

“I called [Chase] and said, ‘What’s up?’” Sciorra recalled. In those more-or-less pre-cellphone days, Chase had been unable to reach her. “He said, ‘I wanted to know if you wanted to come back and be a regular.’ And I was like, ‘Yeah, of course.’” But too much time had passed.

After Sciorra said she’d be happy to come aboard as a season 4 regular, Chase told her it was too late. Sciorra couldn’t believe it at first. “It was a really funny situation,” she said on Talking Sopranos. “Well, I mean it wasn’t funny, then. I was pissed off. I was like, ‘What do you mean?’”

Chase replied that he and the writers had taken the story in a different direction (i.e., one that didn’t involve Gloria). When Sciorra asked where he’d taken the story, Chase didn’t want to say at first. But eventually he explained what happened.

Sciorra didn’t like the idea of Gloria killing herself that way at all. And, feeling protective of her character, she kept calling Chase to talk about it. “[Finally] I was like, ‘Ok, fine. She kills herself,’” Sciorra recalled telling Chase. “‘But this is how I think she does it.’ [laughs] I just wouldn’t let it go.”