The Tragic Death Of Joanne Linville

Joanne Linville, best known for her role as a Romulan commander in “Star Trek,” died on June 20. She was 93 years old at the time of her death, according to Variety.

No specific details surrounding her death are known at the time of this writing, but according to a press release (per Variety), “Linville lived a full life. One whose spirit, passion for art and life was an inspiration to all who had the pleasure of knowing her.” Linville made history as an actor — she was the first woman to score a Romulan role in “Star Trek,” according to the outlet.

Producer Mark A. Altman had a hand in the “50 Years of Star Trek” documentary (via the New York Post) and penned a touching message on Twitter to honor Linville: “Saddened to hear about the passing of the great #JoanneLinville. Perhaps the best thing about #StarTrek’s third season. Commander of not one, but three Roman flagships and custodian of the cloaking device and, for a time, Mr. Spock’s heart.”

The actor is survived by her ex-husband, two children, three grandchildren, and a great-grandchild. Linville left a lasting impact on the entertainment industry — keep reading for more details on her impressive career.

Joanne Linville has over 100 screen credits to her name 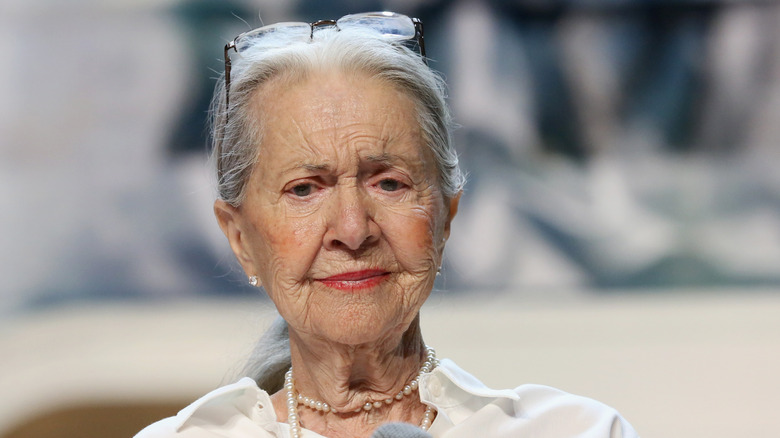 Although Joanne Linville never landed a regular role in television, she “appeared in over 100 film[s] and TV shows,” according to Variety.

The actor lent her talents to shows like “The Twilight Zone,” “Columbo,” “Kojak,” “Dynasty,” “Charlie’s Angels,” “L.A. Law,” “Gunsmoke,” “The Streets of San Francisco,” “Hawaii Five-0,” “Route 66,” “Barnaby Jones,” and “Alfred Hitchcock Presents,” according to the New York Post. When it came to movies, she starred in the 1976 version of “A Star Is Born” alongside Barbra Streisand. One of her recent movie credits includes “James Dean,” a 2001 film where she played “gossip columnist” Hedda Hopper.

In addition to her prolific career on screen, Linville made a point to help the next generation of actors. According to The Hollywood Reporter, she and Stella Adler established an acting conservatory under Adler’s name in the 1980s. In 2011, she published a book “Seven Steps to an Acting Craft.”