The Truth About Matthew Gray Gublers Friendship With Shemar Moore

Up until its series finale in 2020, “Criminal Minds” was one of the most-watched primetime shows on television. Since its debut on CBS in 2005, the show thrilled fans with crime and mystery storylines for 15 seasons, per IMDb. With a weekly average of 20 million viewers just at its peak, according to ABC Media, it’s no surprise that “Criminal Minds” lasted so long on the air.

And because of the show’s impressive network tenure, the crime procedural’s ensemble cast became endeared to its millions of fans. Two of the fan favorites from the series were Matthew Gray Gubler’s Dr. Spencer Reid and Shemar Moore’s Derek Morgan. Spencer and Derek shared a brotherly bond on the show, and it seems that their on-screen friendship has translated to the actors that play them.

Just how good of friends are the real-life actors, Gubler and Moore? Read on to find out about their friendship! 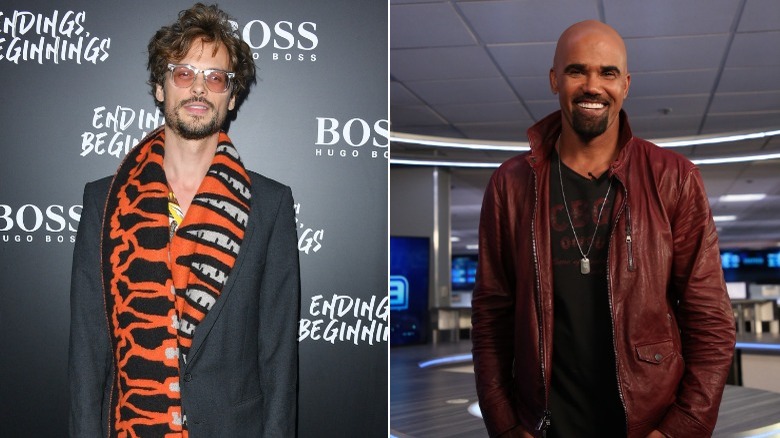 “Criminal Minds” was a TV show that came to be beloved by its viewers, who eventually became the show’s massive fanbase. And the cool thing about the hit TV show’s ensemble cast was that they treated each other like friends and family. Two actors who were fan favorites on the show, Matthew Gray Gubler and Shemar Moore, are no exception to that aspect of the cast. In fact, the two came to be really good friends during their time on “Criminal Minds” together before Moore’s departure in 2016.

The actors often had a very jokey relationship that turned into a friendship that lasted outside of their former shared workplace. Gubler even teased Moore in a friendly way about his famed physique and good looks on Twitter in 2018. “Every time shemar moore’s name is whispered an angel gets its abs,” he tweeted. Gubler also tweeted in 2017, “if shemar and i had a baby it would look like rupaul,” showcasing his sense of humor once again. The tweets were all in good fun and are a testament to Gubler and Moore’s friendship that’s lasted for more than 15 years.

The two actors have also hammed it up in plenty of photos together over the years, as Popsugar noted. Whenever Moore and Gubler are together, things are bound to get silly, and the stars wouldn’t have it any other way.