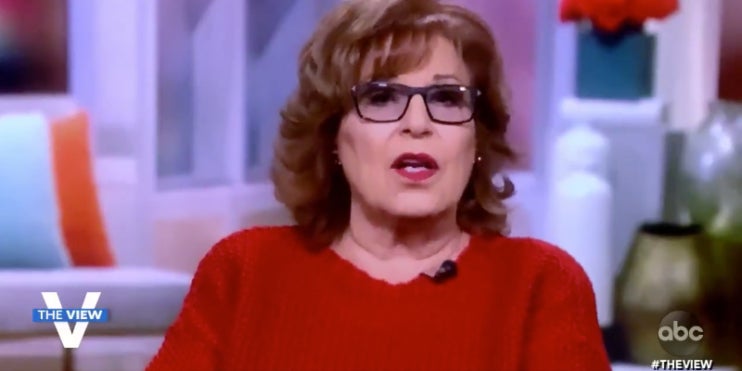 Whoopi Goldberg posed an important question to her co-hosts on Wednesday: Even though Trump is no longer in office, can we actually stop talking about him? Joy Behar, citing Trump’s “unhinged, destructive personality,” was quick to weigh in.

“It’s hard to do because he’s part of the Republican party,” Behar said. “The largest percentage of Republicans say they want him in the party. So as long as we’re talking politics, we’re going to have to include him.” Behar went on to talk about a news report of elderly Asians being assaulted, reminding viewers that Trump instigated that kind of behavior with his constant rhetoric about it being “open season” on Chinese Americans and his claims about the Wuhan virus.

“Things like that, that he has done that we still feel the repercussions of … those children that he locked up at the border, they’re going to feel the repercussions of his stupid behavior, his destructive, vile behavior for the rest of their lives,” Behar continued. “So you can’t stop talking about this guy, unfortunately. It’s like a bad disease. It just doesn’t go away.”

The question came up after Goldberg showed part of President Biden’s first town hall in Wisconsin, where he said he was sick of talking about Trump. It’s clear that Biden wants to move on from the past administration, even as the GOP continues to bring his name into the narrative — in this case, a letter that Trump wrote slamming Mitch McConnell and telling the GOP to abandon him.

“Trump is clickbait,” Sara Haines added. “He’s always going to have a better soundbite than the next guy and it forces us to let him Kanye West the mic on every other narrative.”

While her co-hosts seemed resigned to the fact that we might be hearing about Trump for longer than we want to, Goldberg had her own strong views on the matter. “I want to highlight the fact that there is something happening now,” she said, noting the vaccine rollouts and stimulus checks that are finally starting to happen. “Yes, he’s going to be there, but I don’t have to give him very much more air than saying, yeah, here’s there. Because as far as I’m concerned, I don’t want to talk about somebody who thinks I’m a non-starter as a person of color.”

Watch the clip below.