This Morning on Sunday: ‘Is this a joke?’ Viewers confused over odd Eamonn Holmes segment

This Morning on Sunday saw Eamonn Holmes and Ruth Langsford present clips of the best bits from the previous week on the ITV morning programme.

One of those clips was of Eamonn and Rochelle talking to a tree whisperer.

The segment was rather strange, and it ended up with Eamonn hugging a tree and pretending to have a conversation with it.

Whilst Eamonn was hugging the tree Rochelle tried to talk to the tree whisperer and asked her how she first realised she had this gift.

However, Eamonn then cut straight to the chase and asked her what she said to people who called her “nuts”.

She replied that she understood why people thought she was a bit mad, however, she still thinks that what she does is essential.

Viewers then took to Twitter, and they were very much puzzled by the segment.

One person wrote: “She’s barking up the wrong tree.”

Another asked: “Is this a joke? A tree?” 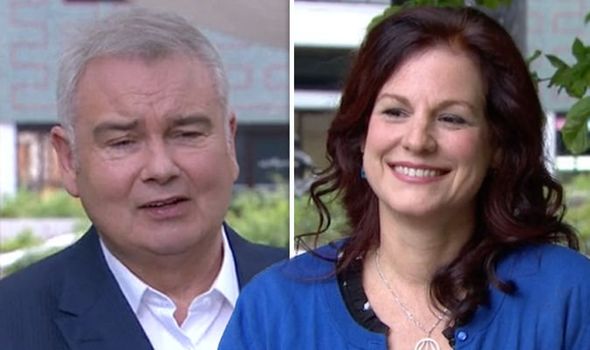 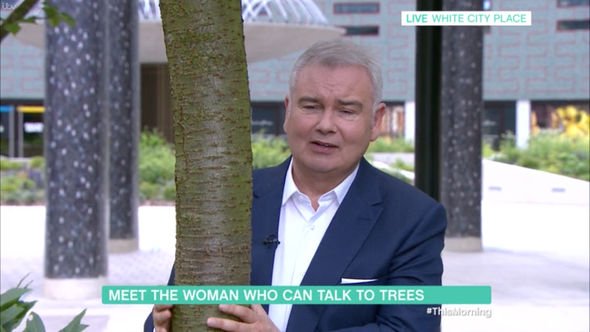 “Watching @RochelleHumes trying not to laugh at #talkingtotrees is brilliant,” said one viewer.

One viewer joked: “Tree Talker is this an April fool in May?”

After the segment, Eamonn then told Ruth that he still says hello to the tree every morning.

During the segment, the Northern Irish presenter asked the tree whether it was cold, and it turned out that it wasn’t.

Meanwhile, Friday’s instalment of This Morning saw Ruth and Eamonn welcome impressionists Jon Culshaw and Jan Ravens onto the programme. 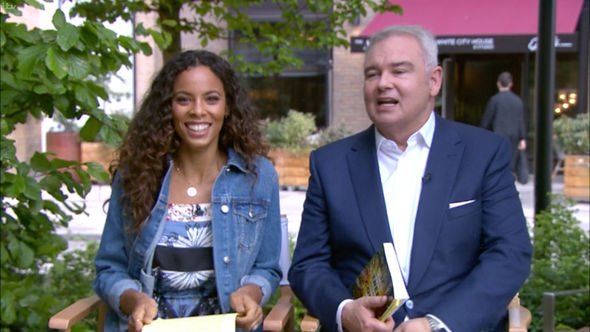 However, when the hosts tried to guess who the guests were impersonating, viewers at home were a little confused when Ruth thought Jon was impersonating Melania Trump when he was doing an excellent impression of the President of the United States, Donald Trump.

But viewers were even more puzzled by the fact that Jon was actually supposed to be doing an impression of Simon Cowell, not Donald Trump.

One viewer posted: “When did Donald Trump turn into Simon sort it out @thismorning #ThisMorning.”

Another wrote: “That was Simon Cowell, not Trump. wtf?! #thismorning,” with a third remarking: “It landed on Simon Cowell not b****y Donald Trump #ThisMorning.”

A fourth stated: “That landed on Simon Cowell, not Donald Trump #Thismorning,” whilst a fifth enquired: “Didn’t that stop on Simon Cowell? #ThisMorning.”