Titans has lifted the veil on its take on the character of Red Hood, who will make his debut during Season 3 on HBO Max.

In was revealed in August during the superhero series’ panel at DC FanDome that “circumstances draw our heroes to Gotham City” in Season 3, “where they will reunite with old friends and face new threats.”

Falling under the categories of old friend and new threat is Jason Todd (played by Curran Walters), who was last seen watching the rest of the gang from afar as Donna Troy’s body was being transferred to Themyscira, before speeding off on his motorcycle. As confirmed at FanDome, Jason in Season 3 will don the identity of Red Hood “in his obsession to take down his old team.” See full-length photo below. 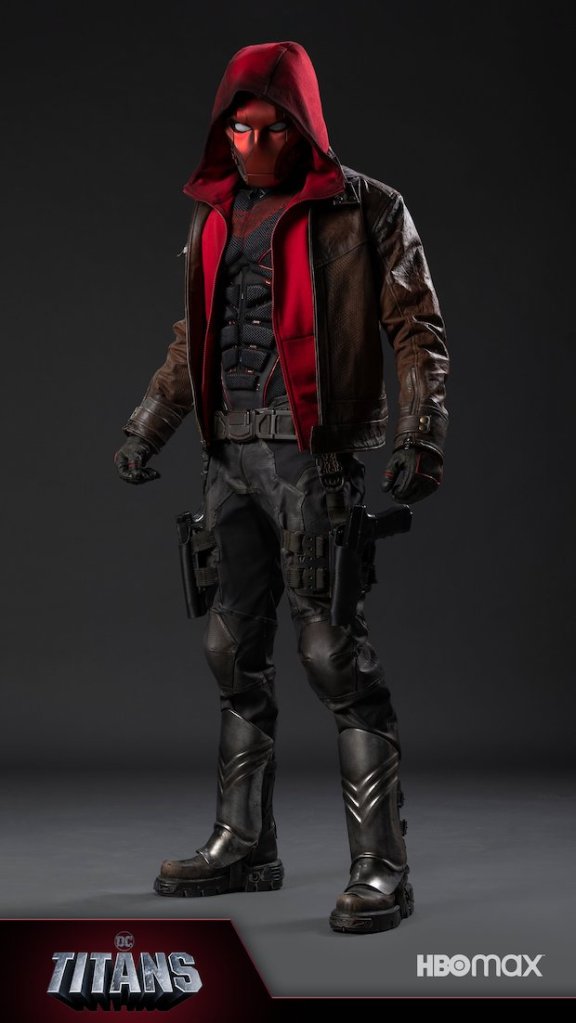 The brand-new faces still to be cast for Season 3, meanwhile, include former Batgirl Barbara Gordon (who is now commissioner of the Gotham City Police Department) and Dr. Jonathan Crane aka Scarecrow (who will surface as an Arkham Asylum inmate who offers his services as a profiler and consultant for the GCPD).

And as previously reported, Damaris Lewis was promoted to series regular for Season 3 as Koriadn’r aka Starfire’s Tamaranean sister aka Blackfire.

Titans‘ next season will stream exclusively on HBO Max, as will Young Justice, Doom Patrol, Harley Quinn and other DC Universe originals, now that the digital subscription service is transitioning to DC Universe Infinite as of Jan. 21, 2021.

Want scoop on Titans, or for any other show? Email [email protected] and your question may be answered via Matt’s Inside Line.