Tom Hanks Movies: The Actor Admits the Secret to Making so Many Bad '80s Comedies

Tom Hanks movies have had many ups and downs. He’s been in box office hits from Big to A League of Their Own, and won back to back Oscars for Philadelphia and Forrest Gump. Hanks was not always box office gold, though. In a recent interview, he explains how he got away with making some bad comedies in the ’80s.

Hanks was a guest on the Smartless podcast on Nov. 1. Looking back on his career, he noted his run from Bachelor Party to, say Turner & Hooch, fell in a window that was especially lucrative for comedy.

Hanks leapt from TV’s Bosom Buddies and guest starring roles on Happy Days, Family Ties and more to star in Splash. After that hit, Hanks starred in Bachelor Party, The Man with One Red Shoe, Volunteers, The Money Pit, Dragnet, The ‘Burbs, Turner & Hooch and Joe Vs. the Volcano. Big landed Hanks his first Oscar nomination, but he admits not all of his movies lived up to those standards. 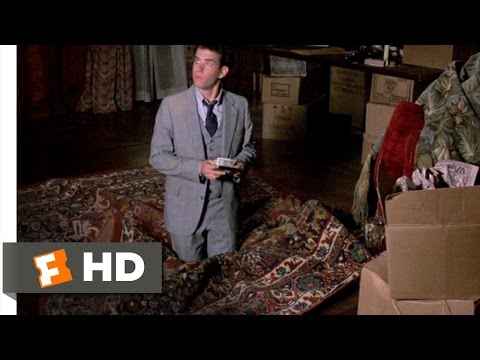 “That was the era of you could make a movie for about $15 million,” Hanks said on Smartless. “And if you just said it was a comedy, it seemed to do some brand of business. Whether it was actually funny or not didn’t matter. Anybody who had said action and cut was trusted to direct a comedy movie, whether they were funny or not.”

The formula for bad ‘80s comedies

The ‘80s were the era of Police Academy, body swapping movies, and even Weekend at Bernie’s. Hanks illustrated a concept didn’t even have to be that high.

It doesn’t matter if the movie was called Monkeys Make the Sun Go Down. Everybody said, ‘This is the funniest of all the movies.’ The Cows of Tumbletown, this is going to be a magnificent comedy. The good comedies that were made at the time, they were all with former Second City people and Saturday Night Live people. You could take a setting. This movie takes place on a ski slope, this movie takes place on a school bus, this movie takes place at a bachelor party and it will be a comedy. I made a billion of those like that because we were just kind of doing imitations of other people’s funny movies.

Hanks isn’t too hard on his own movies and says each one was a good experience. However, Hanks believes it’s fair to rank many of his early films as middling. He’s even surprised some are beloved.

“I made a ton of those in which everybody came, ‘Oh, the dailies are fantastic. I think the audience is going to be standing on their feet at the end of this,’” Hanks said.