He replaced Rebecca Drysdale after she left in November 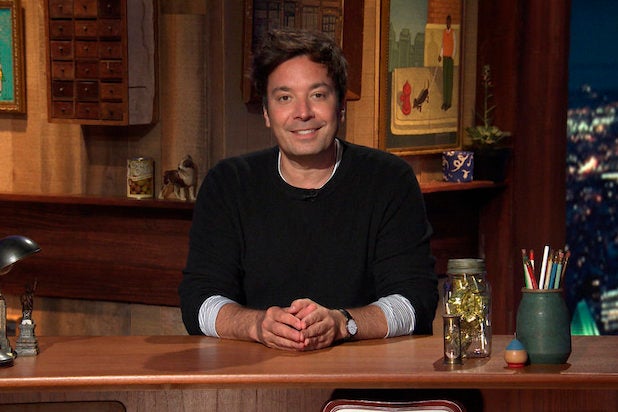 Elzie has been a writer on the show since 2016. He replaces Rebecca Drysdale, who left in November of last year. He has been in the role since November.

“The Tonight Show” is coming off a year where it underwent numerous staffing changes behind he camera. Gavin Purcell exited as “Tonight Show” showrunner, a role he only planned to hold temporarily, and was replaced by Jamie Granet-Bederman. “The Tonight Show Starring Jimmy Fallon” is produced by Universal Television and Broadway Video with Lorne Michaels as exec producer.

The show is coming off some of its worst ratings in Fallon’s tenure of hosting the show, which has plummeted during the Trump years.

On Monday, Jan. 11, “Tonight Show” drew the fourth-smallest audience ever for an original episode of the show, according to Nielsen’s final ratings. Jimmy Fallon averaged 1.063 million total viewers from 11:35 p.m. to 12:35 a.m. PT.

All three of the late-night franchise’s smaller TV audiences came last year. On Aug. 18, 2020, Fallon had 1.004 million total viewers. On Aug. 20, he got 1.061 million. The all-time low came on Sept. 25, when “The Tonight Show” fell below 1 million viewers for the first and only time ever in Nielsen’s final ratings, posting just 992,000 total viewers. The start to that particular episode was a bit delayed due to an NHL Stanley Cup Finals game.