‘Transformers’: Anthony Ramos Eyed To Star In Next Installment For Paramount And eOne Franchise 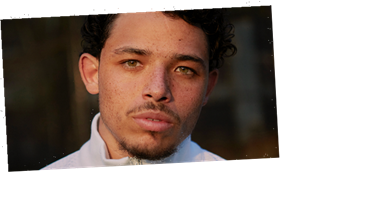 Following news that the studio was already in development on a separate Transformers movie from Charm City Kings Angel Manuel Soto, its other film looks to have found its lead. Sources tell Deadline, that Anthony Ramos is in final negotiations to star in a Transformers movie for Paramount and eOne that has Steven Caple Jr. is directing. Last week it was announced the studio was also developing an untitled pic from Soto that would be completely different from this pic and it has always been the plan to have multiple projects in pre-production at the same time. They are also developing an animated pic from Toy Story 4 director Josh Cooley.

Last January, the studio made the decision to give the entire franchise a revamp by having two simultaneous scripts that are in active development: one by James Vanderbilt and one by Joby Harold. Harold’s film eventually would be chosen as the next installment in the franchise and after meeting with several directors this past fall, Caple was tapped to lead this new series and essentially putting this film in the position to be the next live-action Transformers pic to go into production.

While execs will now look to do screen and chemistry tests with his female co-star, Ramos always seemed to be the top choice from the day Caple came aboard. Those tests with possible co-stars will happen soon with decision on that casting coming next month. Sources Kiki Layne and Dominque Fishback are among those meeting for the role.

Transformers has been one of Paramount’s biggest draws since the franchise was launched in 2007, grossing more than $4 billion worldwide over five films. Following the release of 2017’s Transformers: The Last Knight, director Michael Bay parted ways with the series to focus on new original material. After that, the studio decided to do a full revamp of the property, starting with a writers room that would develop multiple ways to pursue a new film, leading to 2018’s Bumblebee.

Since his breakout role as one of the original cast members of Hamilton, Ramos star has been on the rise with Bradley Cooper soon tapping him for a role his A Star Is Born remake. That leading man status is only expected to grow with the highly-anticipated adaptation of Lin-Manuel Miranda’s In The Heights bowing this summer with Ramos leading the ensemble cast.

He is repped by CAA, Door 24, Modest Management and attorney Paul Hasting.