Based on the book series by Robyn Carr, Virgin River is one of the most beloved shows on Netflix. The series centers on Mel Monroe (Alexandra Breckenridge), a nurse and midwife from Los Angeles. After settling in Virgin River for a fresh start, Mel finds herself falling in love with Jack Sheridan (Martin Henderson) who owns the town’s bar.

However, as eager as fans are about Virgin River Season 4, there is a huge medical plot hole in the series that can’t be overlooked. 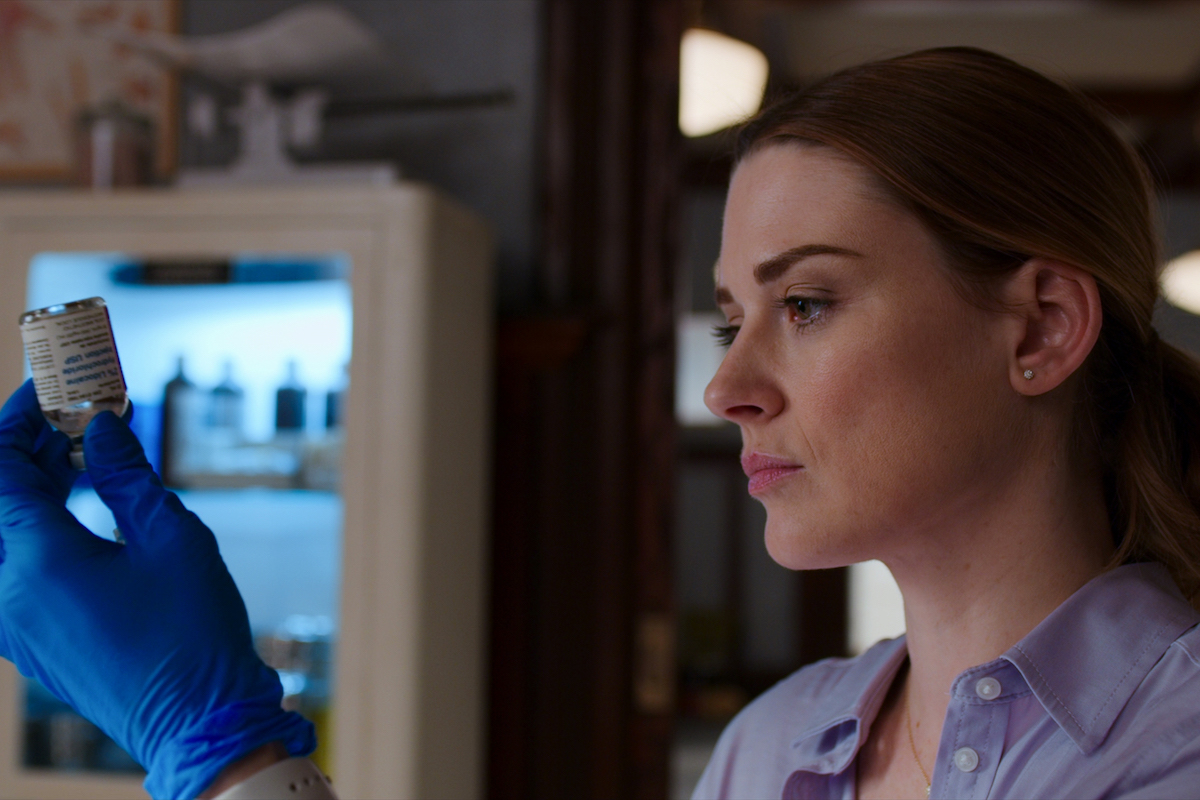 After a year-long wait, Virgin River fans are thrilled that the fourth season of the Netflix drama will be debuting on July 20. Deadline shared the season description for season 4. It reads,

In Season 4, Mel confronts a dilemma. Despite not knowing whether her baby belongs to her deceased husband, Mark, or Jack, she has a sense of optimism. For years she yearned to be a mother, and her dream is one step closer to reality. While Jack is supportive and excited, the question of paternity continues to gnaw at him.

Complicating matters is the arrival of a handsome new doctor, who’s in the market to start a family of his own. Hope is still healing from her car accident, and the lingering psychological effects of her brain injury will have profound consequences for both her and Doc.

Brie, intent on proving the innocence of the man she loves, unexpectedly finds herself in a closer relationship with Mike and one step closer to Calvin’s violent criminal web. Even as Preacher forges a new romantic connection, he can’t help but hold out hope for being reunited with Christopher and Paige.

‘Virgin River’ fans are cringing at this medical plot hole

As eager as fans are to return to the picturesque town, there is one glaring medical plot hole that has been bothering viewers since the series premiered. “I love Mel, don’t get me wrong, but she and Doc are constantly providing medical care to patients without a lab coat OR gloves,” one Redditor said via Express. “I know I need to suspend disbelief and it’s not that big of a deal, but this irks me each time I see it.”

Considering the fact that Mel is a midwife and nurse and she and Doc (Tim Matheson) run the town’s only clinic it is a bit troublesome when you think about it. However, since most of the drama on Virgin River happens away from the clinic, we guess we can excuse this oversight.

Season 4 will have some mysterious new characters

Fans may be distracted from the medical gaffe this season since Virgin River is set to introduce some mysterious new characters. Kai Bradbury will portray Doc’s (Tim Matheson) long-lost grandson, Denny Cutler. “He shows up in Virgin River to forge a connection with the grandfather he just recently learned about,” his character description reads via TV Line. “But Denny comes bearing a dark secret.”

Also, Mark Ghanimé will join the series as Dr. Cameron Hayek. He is described as the clinic’s, “dashing new physician. Armed with eye-catching good looks, a razor-sharp intellect, and a smile that could light up the world, Cameron makes an immediate splash in town — especially with the ladies of Virgin River.”

According to Hello! Supernatural star Barbara Polland has been cast as a woman named Melissa and Dan Payne will portray a man named Nate Brenner.

It sounds like we’re in for a very wild ride this season.