Virgin River fans are gearing up for the third season which is set to drop on Netflix next month. The popular US drama left viewers with many questions, but one main suspicion; Jack Sheridan (played by Martin Henderson) is not the biological father of Charmaine Roberts’ (Lauren Hammersley) unborn twins. Instead, rumours suggest Jack’s brother, Dan ‘Brady’ (Ben Hollingsworth) had an affair with the expectant mother and in a big twist, he will be revealed as the father. To add to this, the actor who plays Brady was quizzed about this theory during an interview and he suggested the plot twist could be a possibility.

During a virtual interview with Chatting with B, the actor was asked by a fan: “Why are people indicating Charmaine’s twins are not Jack’s, they are yours [Brady]?”

“But we never see Charmaine and Brady together, I don’t think I ever did a scene with Lauren who plays Charmaine.

“I don’t think we have any scenes together,” he added. 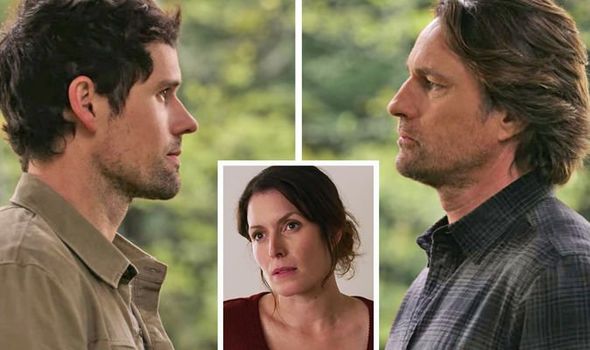 “But you can imagine, it’s a small town and I feel like if Brady was with someone like Jack’s girlfriend, he would be really walking a fine line.

“And I think I would’ve been the one shot at the end of season two, not him!

Jack has never questioned the paternity of his children, after all there is already a lot of tension between himself and Charmaine, because of her unrequited love for him. 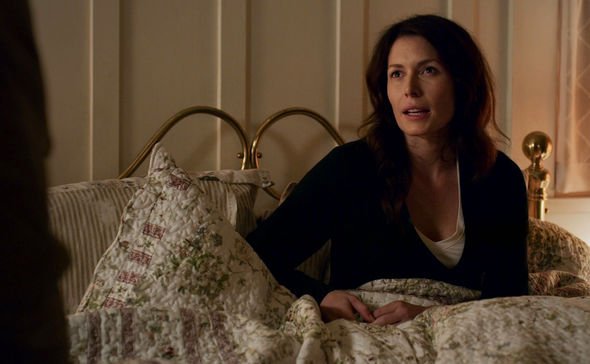 However, it seems Jack’s relationship with the possible mother of his children is only going to fracture further.

In the trailer for season three, Charmaine moves on and finds romance with Todd.

She tells Jack: “I know you were having a hard time adjusting to being the whole dad thing. But now Todd’s here, so I’m not alone. So you’re free!”

To add to this, Mel Monroe (Alexandra Breckenridge) asks Jack how he would fee about her having a baby, and his reaction is to shut her out. 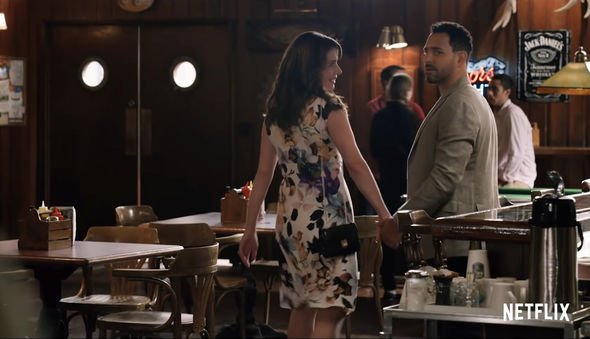 Is this because Charmaine has just told him the truth about the twins not being his and he’s trying to get his head around losing two children for Mel to then talk about starting a family together?

“I don’t know if I can be the person who stands in the way of you being a mother,” Jack explains and Mel argues: “You’re not listening to what I want.”

“I know what you want I don’t know if I can give it to you!” The barman hits back.

Vernon Mullins (Tim Matheson) aka ’Doc’ is then seen advising Jack to change his mind about becoming a father.

“Life would be a tragedy for you to go through your life alone because of a misguided perception of the woman you love,” Doc says.

Does this mean Jack will agree to start a family with Mel?

As for Brady, he is not seen in the trailer of season three, does that mean he is not involved as much?

Virgin River seasons one and two are available to watch on Netflix now and season three arrives July 9.