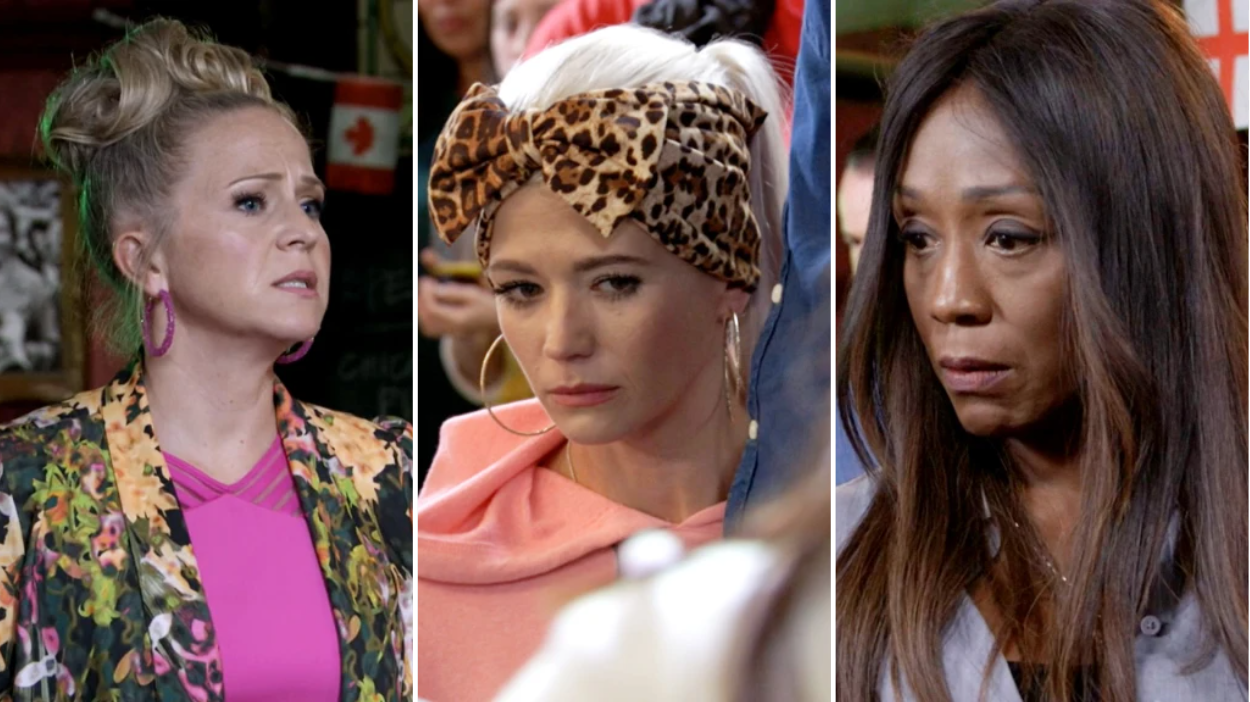 Lexi Pearce (Isabella Brown­) was playing up during tonight’s EastEnders, struggling in the aftermath of learning her mum, Lola (Danielle Harold) has cancer.

To try and distract her, Jay (Jamie Borthwick) took Lexi to the zoo but upon returning, the young girl told her family that it was too cold, and the tube took ages.

Lexi continued to misbehave while in the pub, making rude jibes towards her mum and was even caught drinking alcohol by Linda (Kellie Bright).

The interaction was overheard by Janine (Charlie Brooks), who took great pleasure in making fun of Lola.

Bothered by the fact no one knew the truth, Lola stood up and confronted Janine, calling her a vicious cow and pointed out that she’s incredibly lucky to have positive things in her life like a new baby and being engaged to Mick (Danny Dyer).

After Lola stumbled, Janine assumed she was drunk by this point, which prompted Lexi to stand up and defend her mum, shouting at Janine and saying that her mum is not drunk – she’s got cancer.

As the room fell silent, Lola confirmed to her friends that she has a brain tumour, causing Jay to reassure everyone that she’s getting a treatment and is a fighter.

Getting up to leave, Lola felt touched by the support she received. Linda (Kellie Bright) and Shirley (Linda Henry) wanted her to know that they’ll be there if needed and Denise (Diane Parish) kindly told Lola that she didn’t need to work.

Later on, Lola spoke to Lexi and promised her that she won’t die, but we know that sadly is a promise Lola won’t be able to keep.