Sorry, this video isn’t available yet.

They’ve been together on and off for over two decades now, but it looks like Fiz Stape (Jennie McAlpine) and Tyrone Dobbs (Alan Halsall) are finally about to become husband and wife as Tyrone pops the question to his beloved.

They’ve weathered the storm of Tyrone’s infidelity with Alina (Ruxandra Porojnicu), they’ve steered past the rather large obstacle that was Phill Whittaker (Jamie Kenna). They’ve united when daughter Hope (Isabella Flanagan)’s behaviour became completely bizarre and disturbed and when Fiz’s late husband John Stape (Graham Hawley) loomed back into their lives from beyond the grave.

They’ve laughed, they’ve cried, they’ve been through all sorts. If anyone deserves a happy-ever-after it’s them. So the proposal has got to be a massive moment.

A new Corrie video reveals the romantic scene. Tyrone and Fiz are in the cafe worrying, as usual, about Hope. As a preoccupied Fiz picks up their plates to put them on the counter for Shona (Julia Goulding), a little thought flickers across Tyrone’s mind and he slides to one knee – right there in Roy’s Rolls! 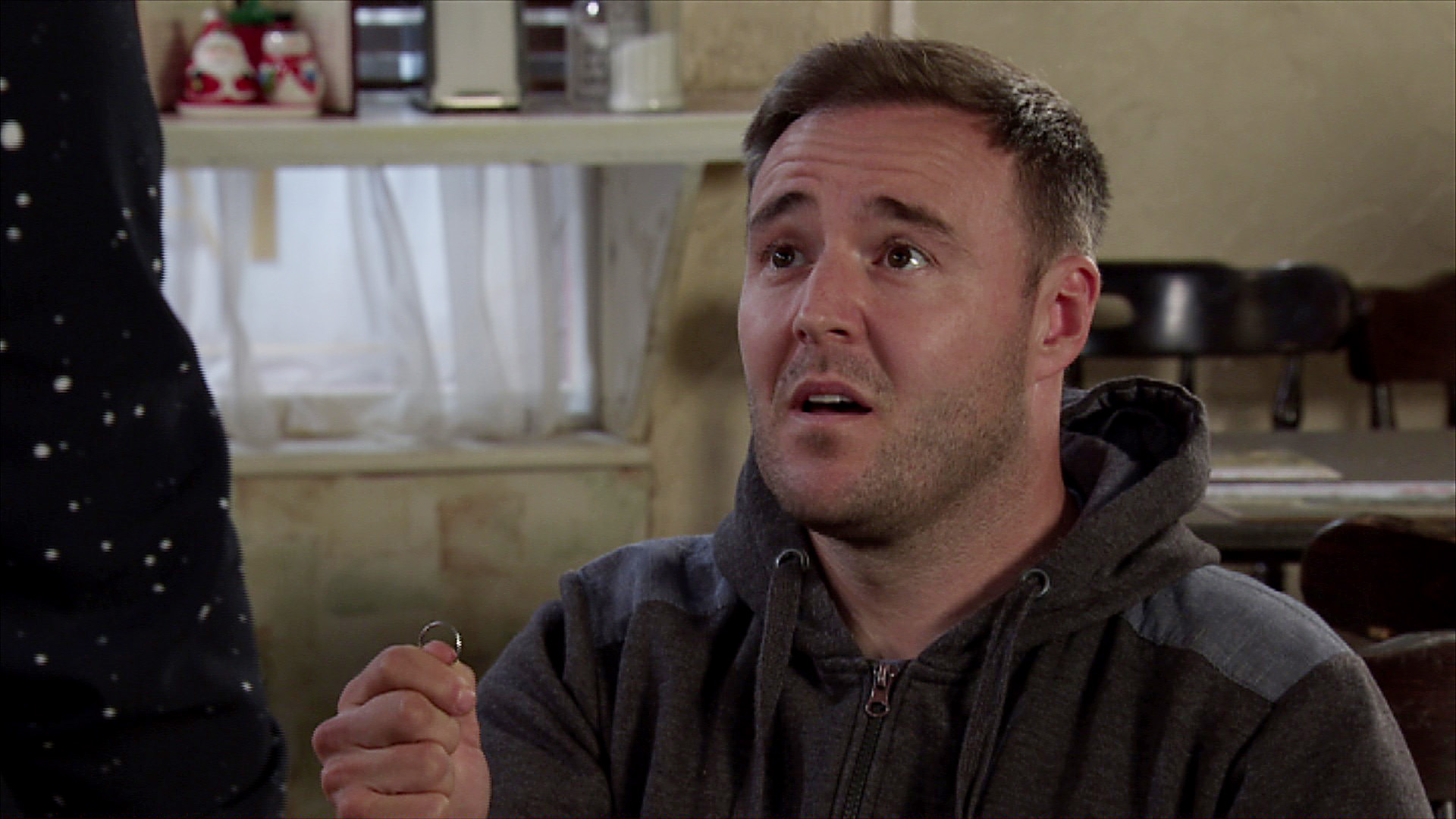 ‘Are you alright? Did I drop something?’ Fiz wonders. And then Tyrone utters these romantic words.

‘Our history isn’t great but our future is what we make it.’ He doesn’t have a ring but Shona lends him hers and Tyrone continues. ‘I’ve never loved someone like I love you.’ He promises to dedicate his entire life to her until his last breath. ‘Will you do me the honour – as soon as possible?’

Well, in such a gorgeous location and with such heartfelt words, what’s a girl to say?

And it turns out that when Tyrone said he wanted to marry Fiz as soon as possible he wasn’t kidding, as a Christmas wedding is on the cards for the happy couple. But in typical Tyrone and Fiz fasion, it looks like there are going to be one or two hiccups on the way to them saying ‘I do.’