Eamonn Holmes and Ruth Langsford invited This Morning viewers to share their problems with them on Thursday’s episode, particularly if they are easily irritated by noises such as slurping tea and crunching food. However, Eamonn wasn’t impressed when Ruth detailed how her husband left her irritated when they work together in the studio.

Eamonn remarked: “You know all about this. People have been in touch Deirdre about their other halves eating crisps, drinking tea, slurping soup.”

“Don’t slurp!” Ruth exclaimed as she shivered at the thought of the noise.

“So it’s a big problem, it’s a real problem and we’re going to try and share that with people tomorrow.” 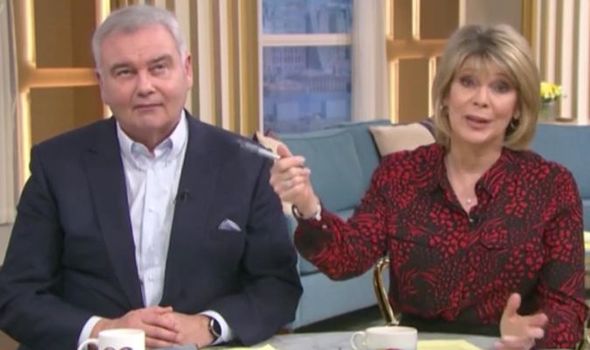 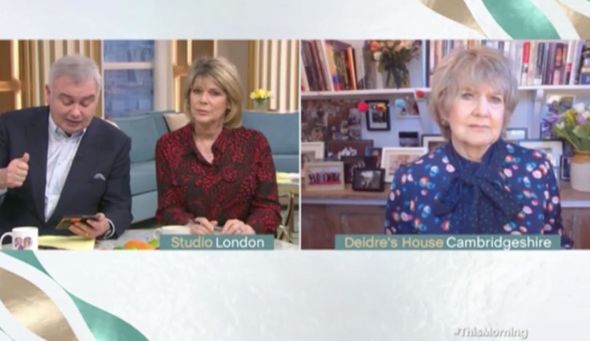 After saying goodbye to the Agony Aunt, Ruth opened up on what she found particularly irritating.

“You’re a tapper as well, you do it a lot,” Ruth told her husband, who rolled his eyes.

“You don’t know you’re doing it a lot when you have a pen. When we’re in the kitchen, remember when we were allowed in the kitchen?

“You used to always have a knife [tapping] and in the gallery they know not to have a clicker and tap on the keyboard in my ear piece, don’t they?” 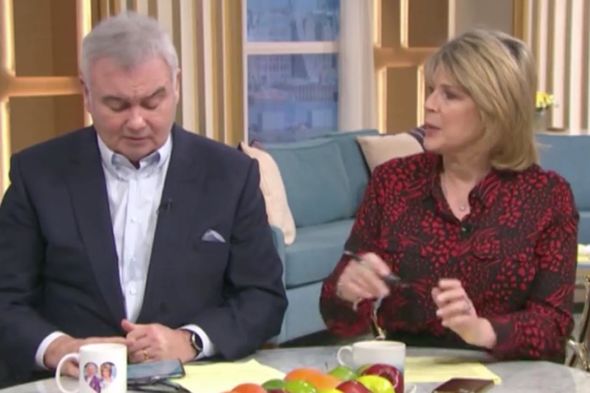 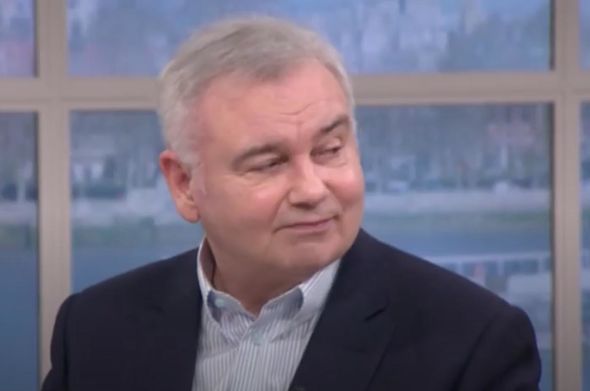 Eamonn hit back: “Viewers, welcome to my world. There we are, we’ll get more of an insight into Eamonn’s world tomorrow.”

“They’re doing it now to annoy me,” Ruth exclaimed, before taking out her earpiece. “Stop it! I’m taking you out.”

Earlier in the week, Eamonn was slammed by This Morning viewers as they claimed he had “fat-shamed” Ruth.

As the couple played It’s Behind You to try and win viewers some money, one call described Kate Middleton.

They explained: “She’s very thin,” and “she’s married to..” before the time ran out.

Eamonn turned to his wife when he heard “thin” and said: “She’s very thin, well it’s not you darling.”

Ruth ignored his jibe before correct guessing the photo behind her showed the Duchess of Cambridge.

“He wouldn’t say she was very thin and married to Eamonn Holmes, would he! No, he wouldn’t have done that!” Eamonn continued.

Viewers were furious with Eamonn’s comment, with one writing on Twitter: “Is it just me or did Eamonn just call Ruth fat on This Morning?”

Another added: “Not particularly great entertainment fat shaming your wife on TV Eamonn.”

A third posted: “I understand joking around with your other half but again with the ‘fat jibes’ being thrown at the wife again.”

This Morning airs weekdays on ITV at 10am.