'Welcome To Plathville': Moriah Plays a Silly Prank on 1 of Her Siblings

Season 2 of Welcome to Plathville has finally premiered on TLC, and the drama is only intensifying. Kim and Barry Plath are still just as conservative and strict as before, but big changes have happened – including Ethan and his wife, Olivia Plath no longer having contact with Ethan’s parents. But there’s even more drama, considering Micah and Moriah have moved out of their parents’ home.

Why did Micah and Moriah leave their family’s home?

Micah-19 and Moriah-17 are now renting a house in Cairo, Georgia, which isn’t too far from their parents’ new house. Micah says he and his parents had a “mutual agreement” for him to leave, while Moriah says she “moved out of the house/got kicked out.” She admits she no longer followed the strict rules Kim and Barry had for their kids, and Kim says the two “kept pushing the limits.” Kim was also worried that they “might plant seeds of rebellion and bitterness in the younger children, especially Isaac and Amber.”

Lydia is allowed to visit with Moriah

Micah and Moriah aren’t allowed to see their siblings unless their parents are there, which has been hard for them. But in episode 2, Lydia is allowed to go over to Micah and Moriah’s house for dinner with Moriah, as Kim says she is OK with Lydia going over there in “small doses.” She drives over with her mother, where Moriah waits.

Moriah admits that this is the “first time” she’s “ever cooked a meal for anybody.” She pours cereal in paper bowls with milk already out on the table. Lydia and Kim let themselves in, and wait by the door. It’s an awkward moment at first, as Moriah continues putting out the silverware on the table. She puts some other stuff away as they wait, and she eventually greets them. 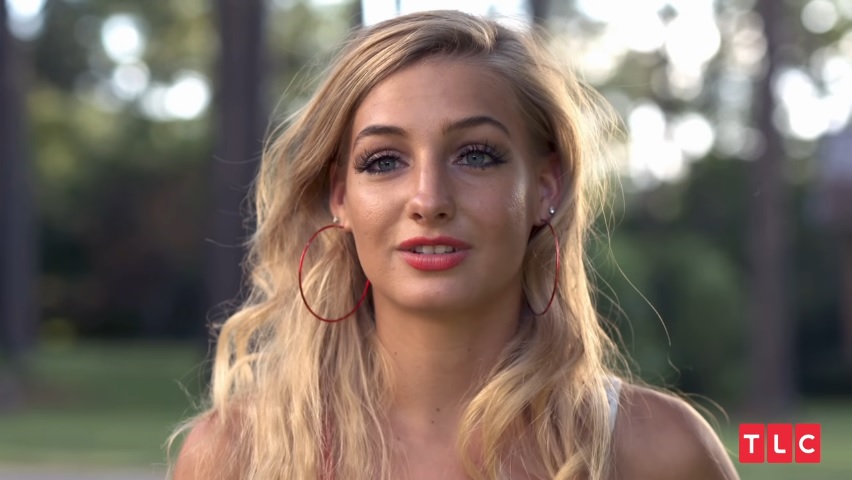 When Kim leaves, Moriah shows off her room. The sisters eventually make their way to the table, and Moriah asks Lydia if she’s hungry. Lydia asks what it is that they’re having, and Moriah starts laughing, and can’t seem to stop.

Moriah eventually admits that they aren’t eating cereal for dinner right as Lydia has the milk out to pour onto her cereal. Moriah continues to laugh, clearly amused by her prank. She had dinner waiting and hidden, which was a nice surprise.

“So after all it was just a prank Moriah was pulling on me. We’re not having cereal,” Lydia tells the cameras. “We’re actually having a nice salad with macaroni and cheese, and a steak, which is really nice for her to cook.” Lydia thought her sister did a good job with the meal.

Lydia opens up about a boy she likes

During dinner, the conversation turns to someone that Lydia wants information on from Moriah, as she can’t find out herself because she isn’t in his life right now. Moriah says it’s a boy from when Lydia was 13, and it’s someone that has contacted Moriah about Lydia in the past. Lydia calls him her “mystery man.”

“My mystery man I’ve known him for several years,” Lydia tells producers. “When I first met him, I liked him. And then there was a time where I kind of just dropped it and was like, ‘OK, I need to, you know, just forget about that, and just, you know, move on with life.’ It’s taken me several years to realize that I still like him.”

“For the first time in my life, Lydia’s coming to me for advice, and I don’t want to say the wrong thing,” Moriah says. “It’s just we’re so different and any advice that I give to her it’s not like, probably shouldn’t be what I would do for myself. It’s needs to be like, like keep her in mind how she handles things.”

Lydia doesn’t want to “get into anything” without her parents knowing. Moriah thinks she should talk to her mom about it, and advises to maybe write this mystery man a letter and let him know that she’s thinking about him.

Lydia isn’t sure what she will do, but it’s nice to see these two sisters getting along so well after so much time apart. We’ll have to see if Lydia takes her sister’s advice.