What time is Doc Martin on tonight?

Doc Martin returns to ITV on Wednesday and the title character (played by Martin Clunes) has his career scrutinised by the General Medical Council. Determined to overcome his fear of blood, he questions whether his decision about resigning was a good idea. Express.co.uk has all you need to know about what time the series is on.

What time is Doc Martin on tonight?

Doc Martin fans were sad to hear the upcoming season will mark the end of the road for Clunes’ character.

Season 10 will be made up of eight episodes and they will air weekly on ITV in the same primetime slot.

After each episode has aired it will be available to watch online via the ITV Hub.

The hour-long episodes will air from 9pm until 10pm, with the finale scheduled to air on Wednesday, October 26. 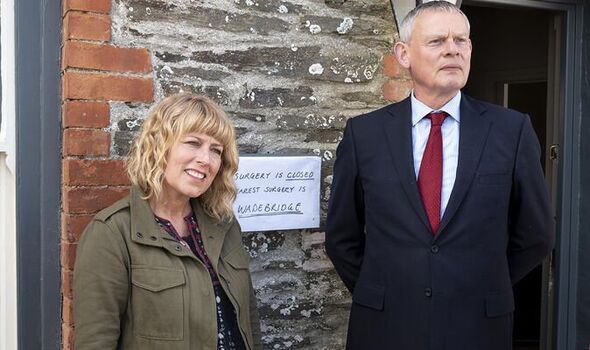 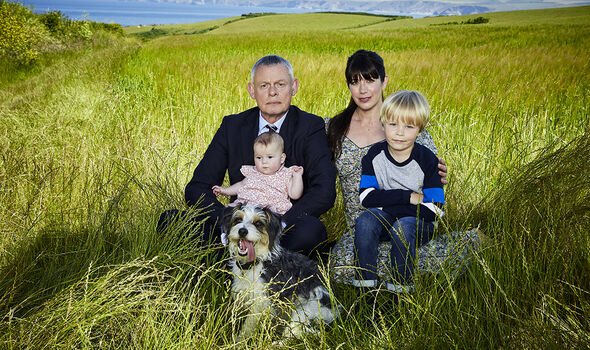 The nation’s favourite grumpy medic had decided to resign from being Portwenn’s GP at the end of the last season.

Yet the final series will see the doctor have a change of heart when it comes to his career.

He and his wife Louisa (Caroline Catz) have also welcomed a baby daughter, Mary Elizabeth, who is a sister for four-year-old James Henry (Elliott Blake).

The official synopsis continues: “With Louisa pursuing her new career as a child counsellor in his old surgery, the Doc is left literally holding the baby, and indulging his hobby of repairing clocks on the kitchen table.

“But does he really want his old job back?” 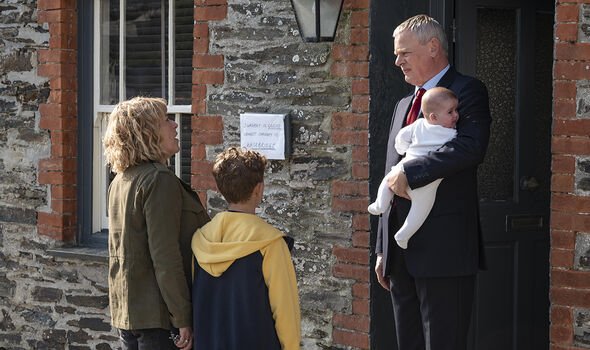 There is some time to go before the series comes to an end but there is some good news for fans.

Martin revealed a Christmas special would air, which would be a “great collector’s item”.

On filming his last season, he said: “I will never get a job as good as this again.

“I know that in terms of what it has done for us personally, but also just in the sheer joy of it, not being in a city to film it, and being allowed to make something funny in front of a camera, which is my favourite work experience.

“To get to do it with this level of input, to have a voice in decisions, and to have it so loved.

Doc Martin season 10 episode 1 cast: Who is in the final season? [INSIGHT] 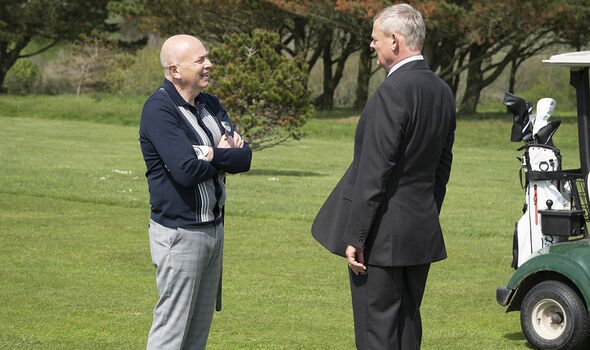 “Nothing of what I am saying could have been predicted when we started.

“It was just another case of saying ‘let’s see if we can get this one away’.”

The show first launched back in 2004 and he never imagined how popular it would become in the 18 years that followed.

He continued: “There were some people who said ‘please don’t stop’.

The star revealed what his next plans are following his lengthy stint on the programme.

“Next I am going back to the Pacific to explore more islands for a second documentary series, Islands of the Pacific for ITV – the first was shown earlier this year,” he said.

“I’ve been asked to be president of the World Clydesdale Show in Aberdeen in October and I am going to take my two Clydesdales up with the carriage.”

Doc Martin airs on ITV on Wednesdays at 9pm