Who is George Michael’s ex Kenny Goss? – The Sun

KENNY Goss was with George Michael for thirteen years, and was praised as "the love of his life".

He even founded a charity with the late singer, The Goss-Michael Foundation, and now has a share of the former WHAM! member's £97 million fortune. Here's everything you need to know about him. 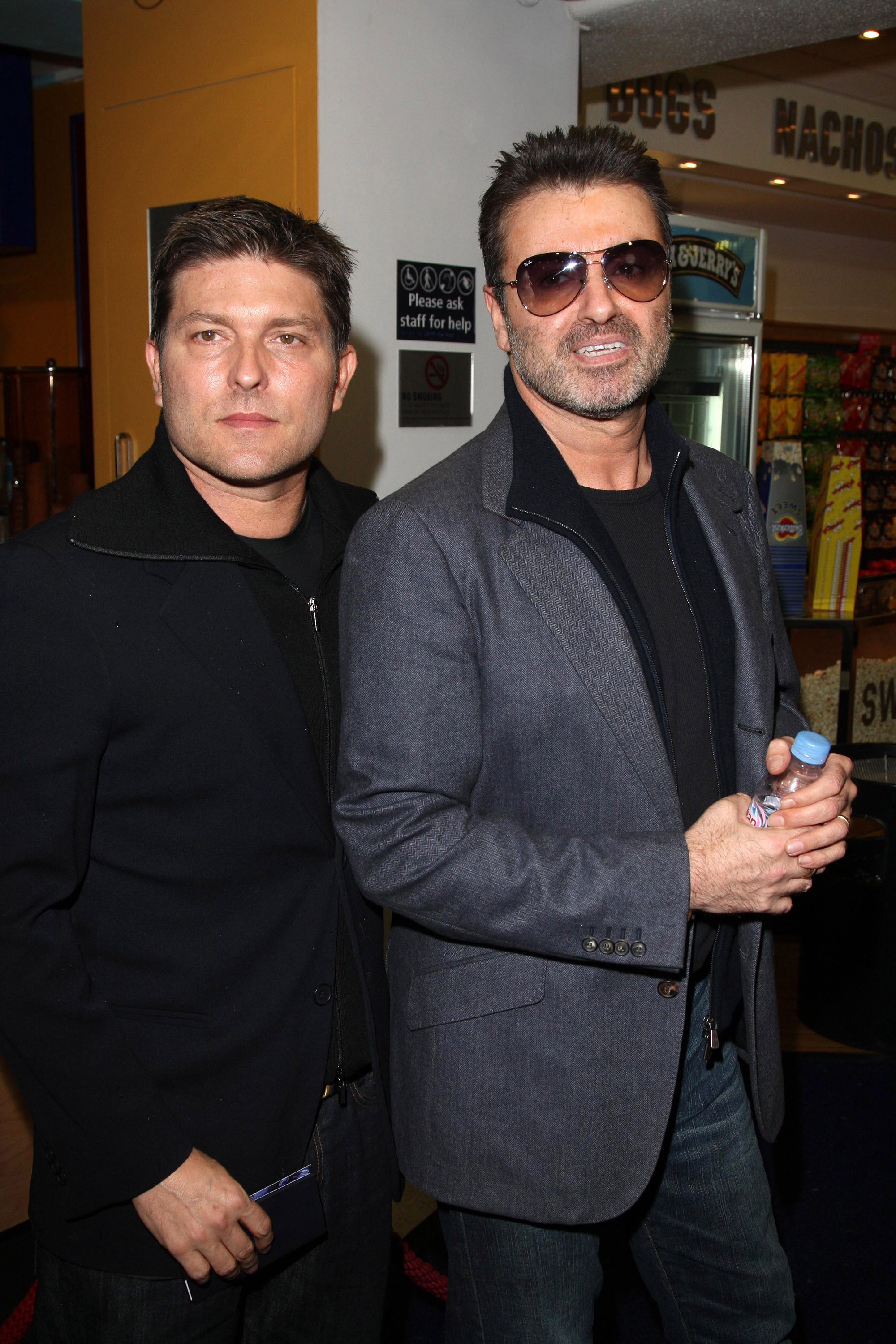 Who is Kenny Goss?

Kenny Goss is an art dealer and businessman who was born in Bromwood, Texas, in 1958 to "alcoholic, dysfunctional parents".

After studying education and political science, he worked for Herkie Herkimer's Cheerleader Supply Co, having been a gymnast and cheerleader at school – before becoming an art dealer.

He came out to his brother, revealing that he and George Michael were in a long-term relationship.

The couple met at a Fred Segal restaurant in Los Angeles after he moved there in 1988.

However, he didn’t tell his parents, describing his sexuality as “this big pink elephant in the centre of every holiday" in an interview with The Dallas Morning News. 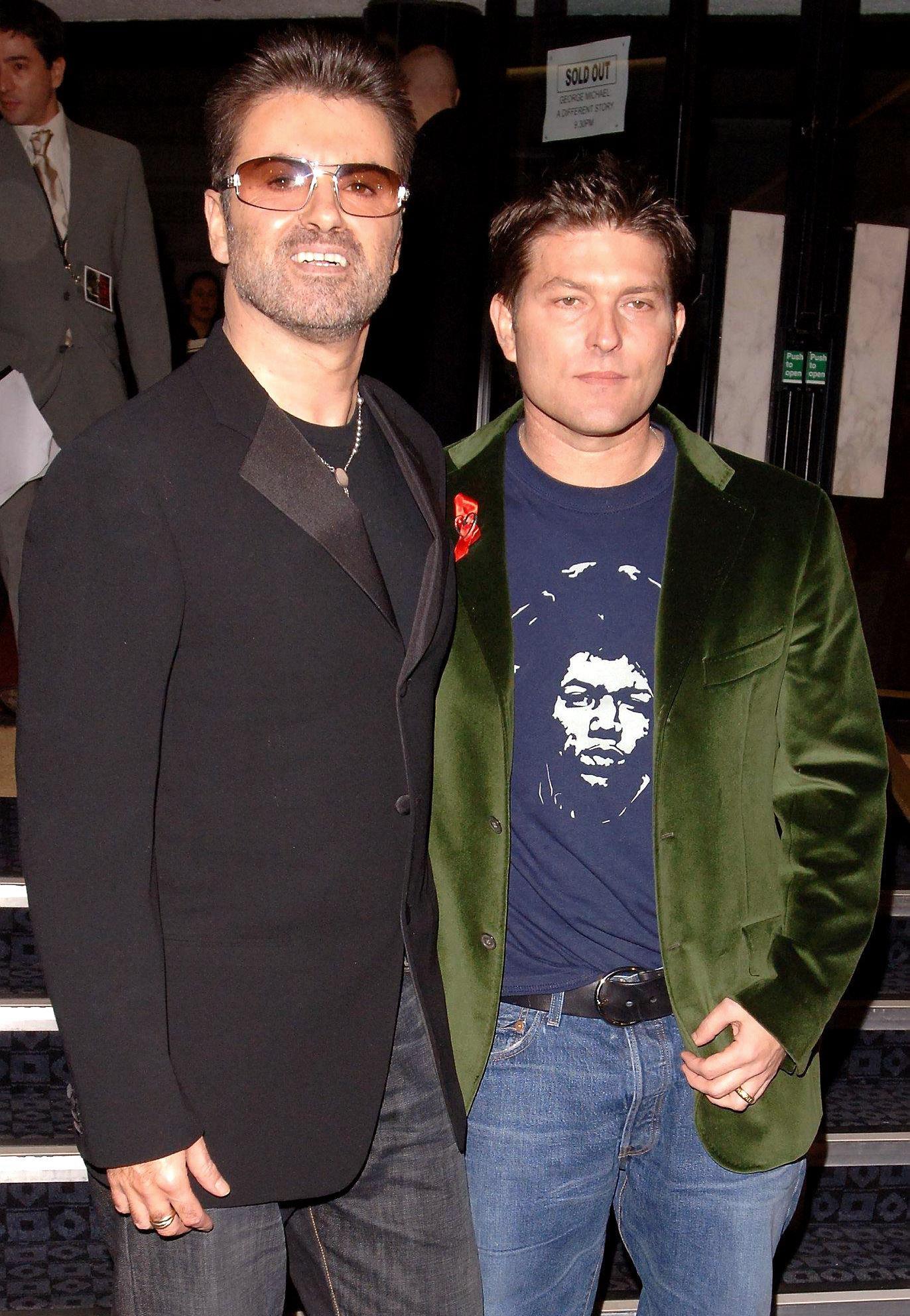 Is he getting anything in George Michael's will?

Michael left £97.6million to his sisters, his dad and a string of friends — but snubbed lovers Kenny Goss and Fadi Fawaz.

His will confirms the bulk of his estate goes to sisters Yioda and Melanie.

George’s dad Kyriacos is left a horseracing stud farm where he has lived for many years.

A source said: “George was devoted to his dad and sisters, they were always going to be looked after.”

But now, George Michael’s ex has ended his bitter war with the star’s estate, after he wanted £15,000-a-month.

Kenny has inherited part of his £97m fortune after court battle as now been settled.

Documents seen by The Sun also show Yioda, 59, inherits sister Melanie’s multi-million estate, as she died three years after George, on Christmas Day 2019, after falling into a diabetic coma. 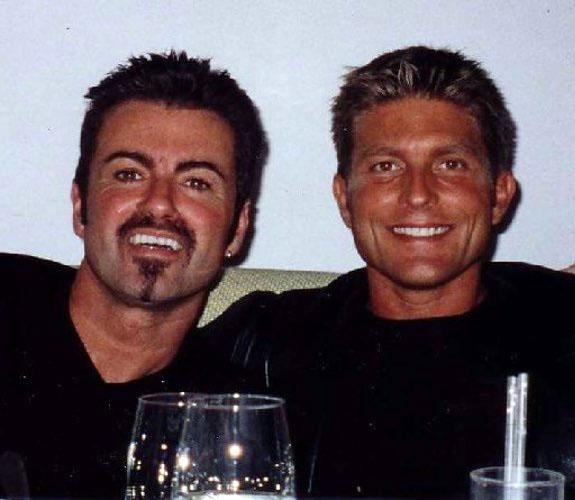 How long were Kenny and George Michael together?

Kenny and George got together in 1996, but only went public two years later, when George came out as gay after being arrested for “performing a lewd act” in a California toilet.

George later said he had remained closeted because he worried what effect his sexuality would have on his mother.

It was reported in 2005 that the couple were set to formalise their relationship with a civil partnership, but the ceremony was postponed.

It is not known whether they ever went through with it.

The pair broke up in 2009 after 13 years together, which was kept quiet until George announced it on stage nearly three years later.

He admitted: “In truth Kenny and I haven’t been together for two and a half years. I love him very much. This man has brought me a lot of joy and pain.

“My love life has been a lot more turbulent than I’ve ever let on, and I’m so sad about my relationship with Kenny. I’m sorry for any pain.”

Kenny says George’s spiralling drug use led to clashes, with George hitting back over his lover’s boozing. 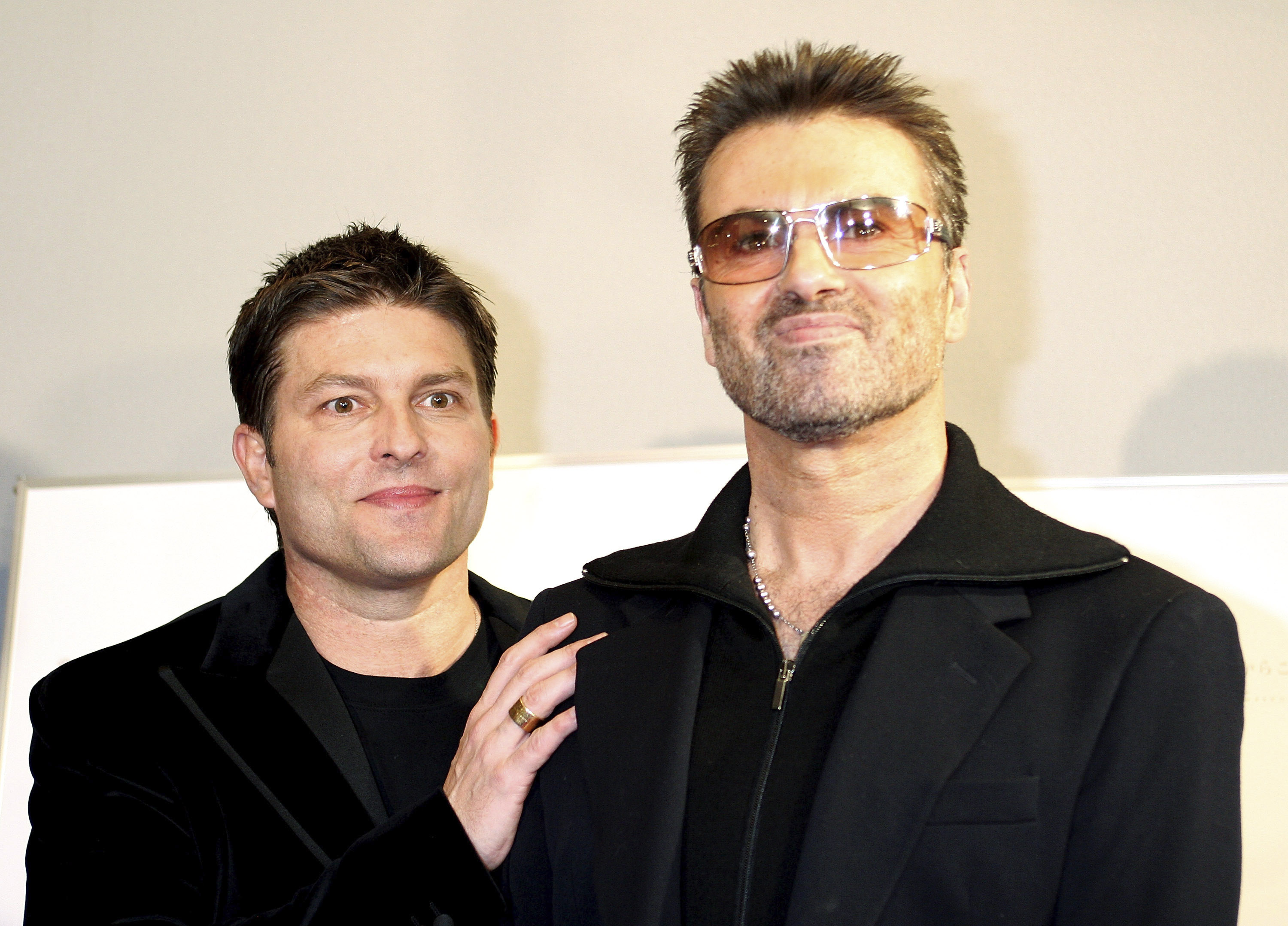 Kenny said: “When I confronted him, he never denied it, never apologised. He was hard on me about drinking, because I developed a problem.”

However, Kenny continued to support his ex, accompanying George on a court appearance in 2010 and visiting him in an Austrian hospital when he contracted pneumonia in 2011.

The singer wrote “Where I Hope You Are” about his former lover, with lyrics that said: “For so long there’s been no-one else I care about. That my heart could really be so wrong again, well it wears me out. I had a picture in my soul, some place warm we could hang out when we’re old. Now it’s just – where I hope you are.” 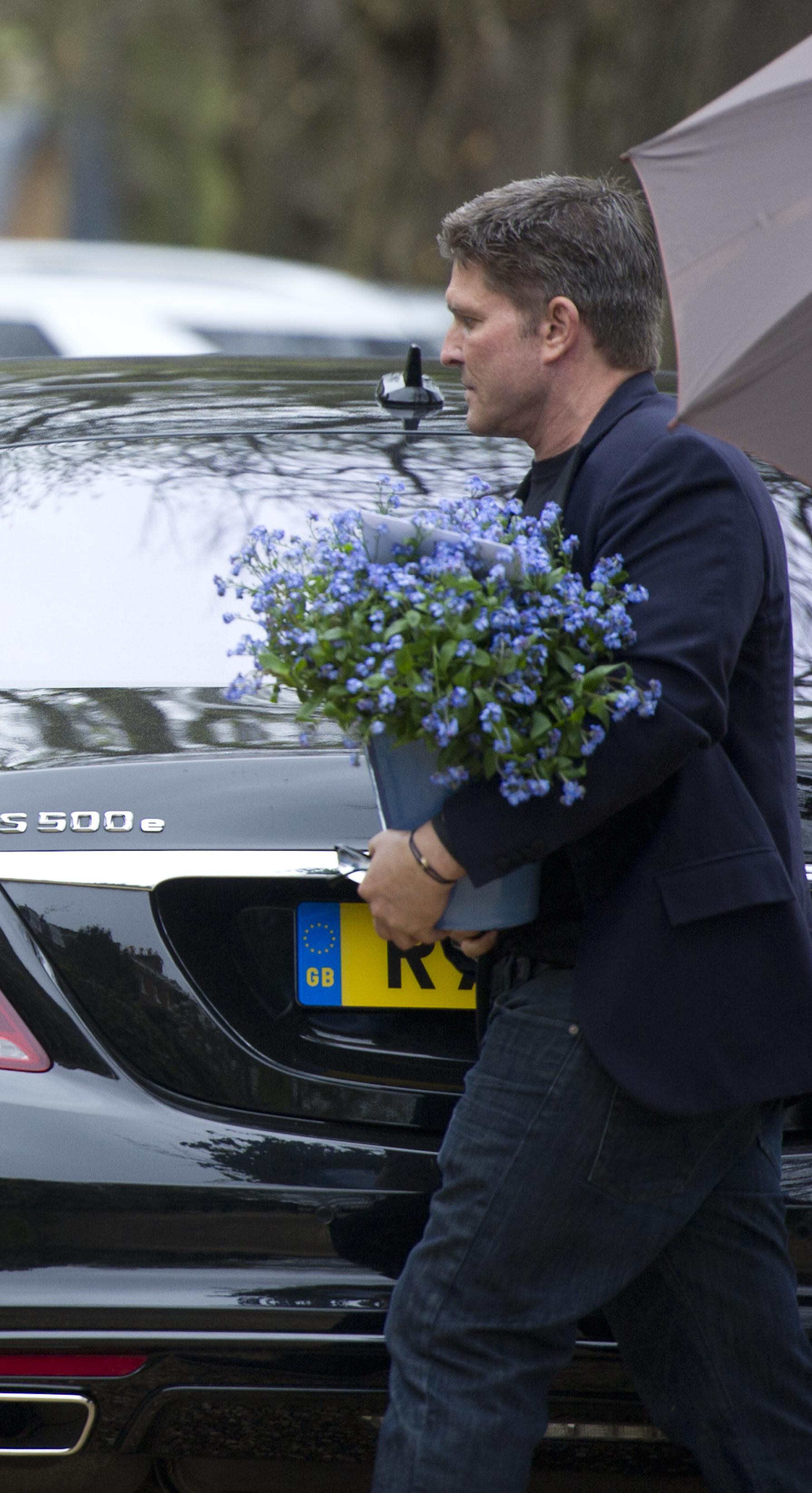 What happened in the weeks leading up to George Michael’s death?

George went through some of the darkest times of his life in the years following their split, culminating in a lengthy stint in the world’s most expensive rehab clinic in Switzerland last year.

The former Wham! star had been dating Australian-born celebrity hair stylist Fadi Fawaz, who he met soon after the breakdown of him and Kenny’s relationship.

However, friends of Kenny and George told The Sun how the pair had rekindled their friendship, sparking hopes of a romantic reunion.

A close friend revealed: “George and Kenny are back spending time together again and it’s an exciting time for those of us who have been so worried over the last few years.”

Pals believe George’s long-awaited music comeback would have been more likely if his relationship with Kenny had come to fruition.

Kenny spoke out to raise the profile of the pair’s charitable Goss-Michael Foundation. He has not been paid for this interview, but The Sun on Sunday has made a donation to the foundation (g-mf.org).

The foundation was set up by the pair in 2007 and supports causes including hunger relief and HIV prevention.
It plans to raise awareness of mental health issues and back those with addiction problems. UK charities and projects will also be supported.

Its annual MTV RE:DEFINE event has raised more than £9.25million for HIV and Aids prevention.

Three months after his death on Christmas Day, legendary singer George Michael was finally laid to rest in North London, and Kenny was among the small number of guests.

A service, attend by family and close friends, was held in the tiny, 30-seat chapel at Highgate West Cemetery, and took place amid tight security.

Among the other guests were former bandmates Andrew Ridgeley, Helen “Pepsi” DeMacque and Shirlie Holliman, as well as Spandau Ballet star Martin Kemp.

Also in attendance was Fadi Fawaz, the singer’s boyfriend, who had been expected to be excluded from proceedings.

Mourners were able to walk up to the closed coffin and Kenny said: “I didn’t cry. I just thought, ‘That’s him in there.

"I pictured him being younger — aged 33 in an amazing suit with his Cartier watch on. I touched the coffin. It was reassuring to know he was resting in peace.” 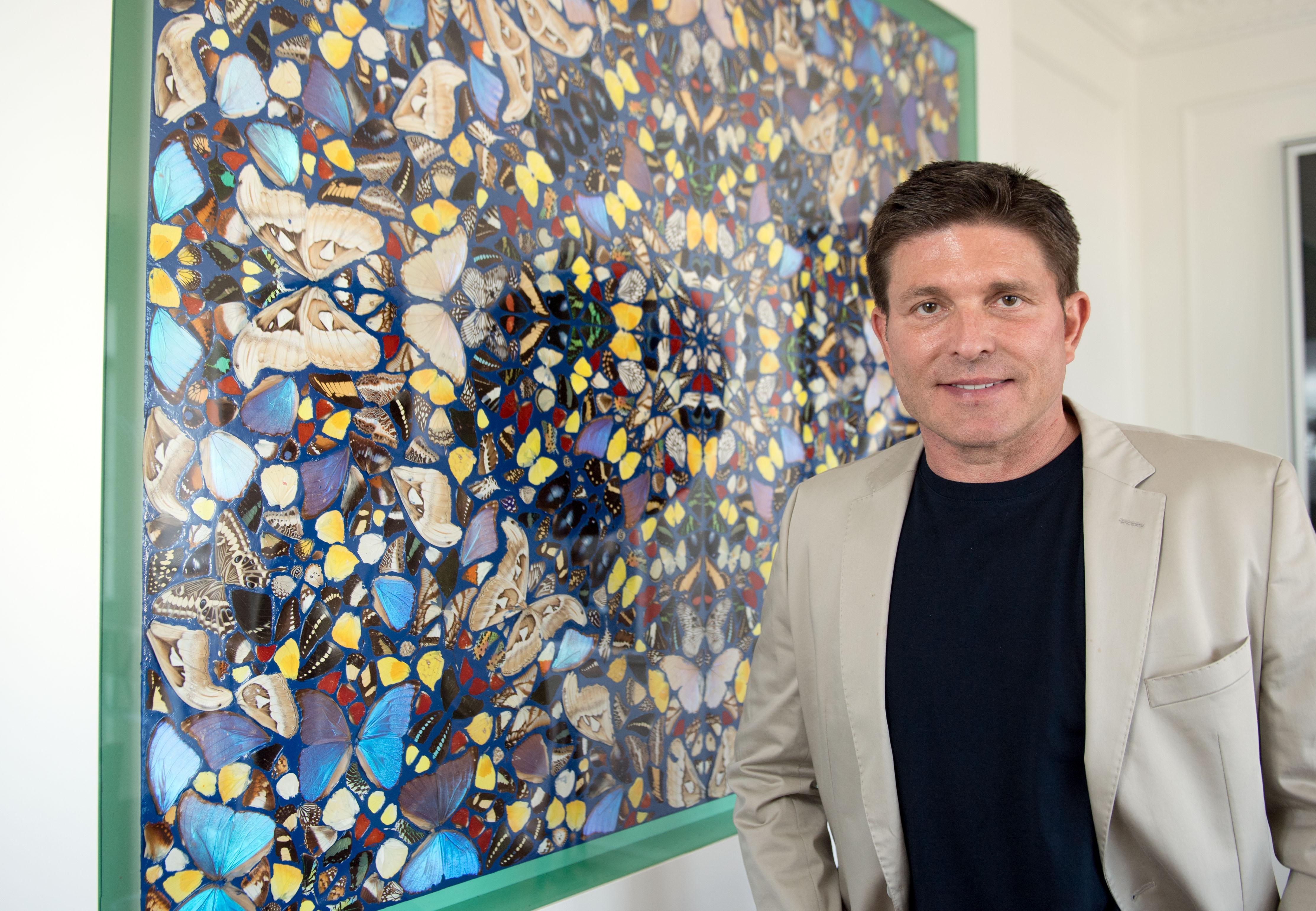 Is he getting anything in George Michael's will?

Michael left £97.6million to his sisters, his dad and a string of friends — but snubbed lovers Kenny Goss and Fadi Fawaz.

His will confirms the bulk of his estate goes to sisters Yioda and Melanie.

George’s dad Kyriacos is left a horseracing stud farm where he has lived for many years.

A source said: “George was devoted to his dad and sisters, they were always going to be looked after.”

Court paperwork issued on May 30 means the estate can finally be divided more than two years after George’s death on Christmas Day 2016.

Seven pals and relatives including Shirlie Kemp, a backing singer with his band Wham!, and record producer David Austin, are also beneficiaries.

But George’s lover of 13 years Kenny is left out along with on-off boyfriend Fadi.