In season one, Nini was cast as Gabriella Montez and at the end of the performance, she was offered a place at a performing arts school.

Since season one aired, Rodrigo has gained a huge fanbase, particularly after the release of her number one single, Driver’s Licence.

The song spent eight weeks at number one on the Billboard Hot 100 and she recently performed the song live for the first time at the Brits.

She has since released the single Deja Vu and her debut album, Sour, will be released on Friday, May 21.

He also had an off-and-on relationship with Nini in the series.

Speaking to Decider about season two, Bassett said: “Ricky and EJ are less focused on themselves and their needs.

Bassett is well known for playing Aidan Peters on the Disney Channel television series Stuck in the Middle. 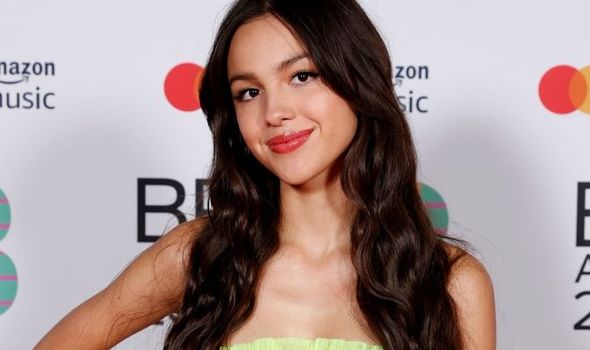 Matt Cornett is back as EJ Caswell, who was cast as Chad Danforth and an understudy for Troy in season one.

Cornett, 22, has previously starred as Andrew Gallery in The Goldbergs and Blake in Game Shakers.

His other credits include Alone Together, Life in Pieces and Speechless.

In season one, she was cast as Ms Darbus in the school performance of High School Musical.

Joe Serafini will reprise his role as Seb Matthew-Smith, a student who was cast in the role of Sharpay Evans.

Serafini is best known for his stage career, appearing in productions of Anything Goes, Into the Woods and The Sound of Music.

Sofia Wylie will star as Gina Porter, who was cast as Taylor McKessie in the school production of High School Musica.

Porter also served as an understudy for Gabriella.

Her other credits include Cory Bailey in the 2019 film Back of the Net.

In the first series, it was revealed she appeared in the High School Musical film as a background dancer, which inspired her to direct the school’s production of the movie.

Reinders is best known for her stage career, appearing in productions of Wicked, Good Vibrations and Something Rotten!

Viewers may also recognise Reinders from her role as Kelly in the ABC series Work It.

Derek Hough will star as Miss Jenn’s ex-boyfriend Zack in the second outing of High School Musical: The Musical: The Series.

Hough is an American professional Latin and ballroom dancer, choreographer, actor and singer.

He is best known for his role as a professional dancer on the ABC series Dancing with the Stars.