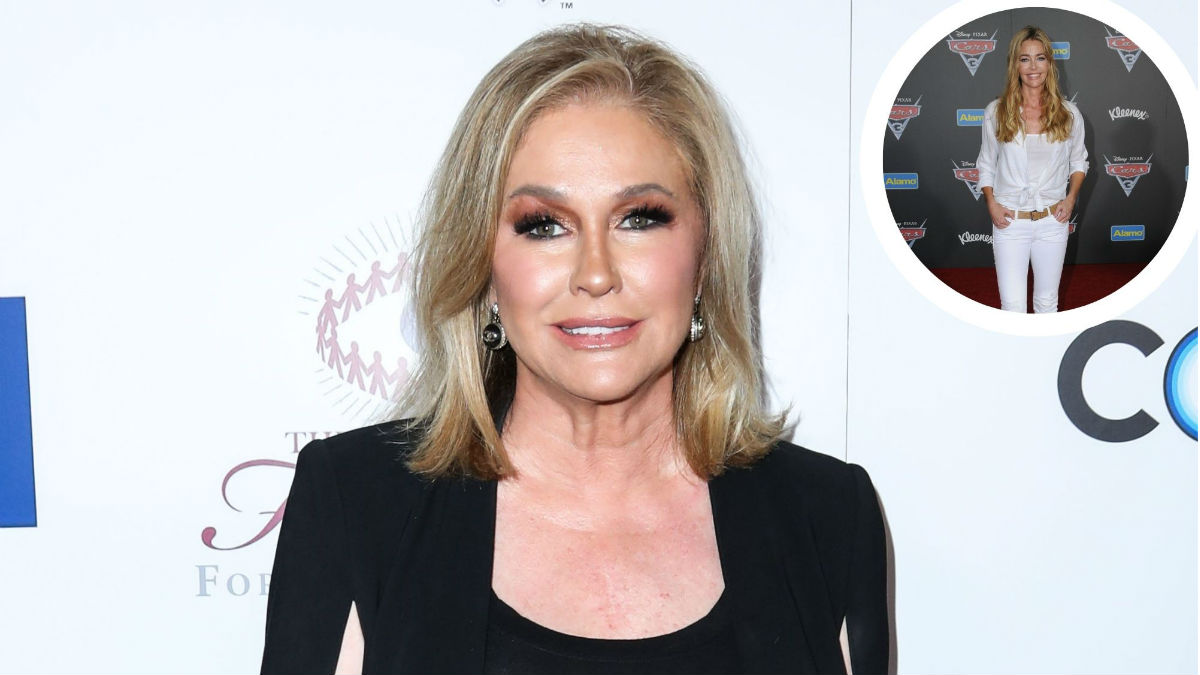 If Bravo gets its wish, Kathy Hilton will replace Denise Richards on The Real Housewives of Beverly Hills.

The network is working to fill two vacant spots on the RHOBH. Denise, who played a significant role in the drama on the reality TV show this past season, and Teddi Mellencamp, who was not asked back by Bravo.

Kathy Hilton — the sister of  Kyle Richards and Kim Richards — has kept the rumor mill buzzing. Even though Kim is billed as a friend, if Kathy is added to the mix, RHOBH will become a family affair.

The sisters have had their fair share of issues in the past, so adding Kathy would be built-in drama for the show.

Once news broke that Teddi was not returning to the show, Kyle shared a message on Instagram. The comment section was flooded with fans expressing their thoughts, good and bad, on the post.

There was one comment that caught the eyes of social media super sleuths. One fan tagged Kyle and suggested that Kathy be the newest Real Housewives of Beverly Hills cast member. Kathy took the time to reply to the fan.

The answer has fans speculating whether Kathy is really thinking about it or if she is merely teasing people.

TMZ reported that Bravo producers had an offer out to Kathy last week. And she is mulling it over. The website claims she would not be on the show as a series regular but as a friend, like her sister Kim.

Kathy has made brief appearances on RHOBH. However, not in the capacity that Bravo is looking for her to be on the show. 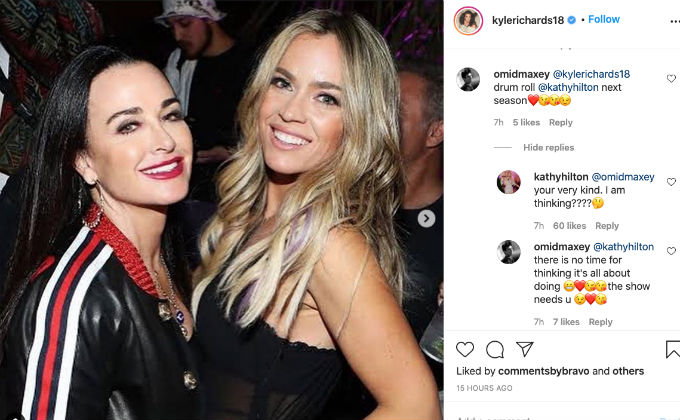 Last year, rumors were running rampant that Kathy was slated to replace Lisa Vanderpump. Kathy flat out denied the reports, saying, “Nobody can take Lisa’s spot.”

The fact that she didn’t deny the rumors could be a good sign.

Support for Kathy joining the show

Andy Cohen has been a supporter of adding Kathy to The Real Housewives of Beverly Hills for quite a while.

Despite the drama between the sisters, Kyle has previously stated she would love to have Kathy on the show.

Fans have mixed feelings about Kathy coming onboard. Some feel it would be great because of the sisters’ tension.

Others think it could possibly lead to appearances by Nicky and Paris Hilton, Kathy’s daughters, which is always good for ratings.

Then, there are fans who feel the show would become too focused on Kyle, Kathy, and Kim.

The jury is still out on Kathy Hilton joining RHOBH, but at least the option is not off the table.

The Real Housewives of Beverly Hills is currently on hiatus at Bravo.