Kayce Dutton and the bunkhouse crew make horse riding and cattle ranching look easy, but Yellowstone star Luke Grimes admitted it didn’t all come naturally. The star went over his extensive training regime in a recent interview ahead of the show’s fourth season on Paramount.

Yellowstone regular Luke Grimes confirmed he spent almost every day on a horse in the run up to the first season of Taylor Sheridan’s modern Western.

The rising popularity of the series has been linked to its accurate depiction of ranch life, spearheaded by the likes of Rip Wheeler (played by Cole Hauser) and Kayce Dutton (Grimes).

During his interview with Monsters and Critics, Grimes confirmed showrunner Sheridan wanted to ensure the show’s backdrop was authentic as possible.

To that end, Grimes and the rest of the ensemble cast that make up the Yellowstone Ranch bunkhouse underwent an extensive training programme to ensure their horseback skills were up to scratch. 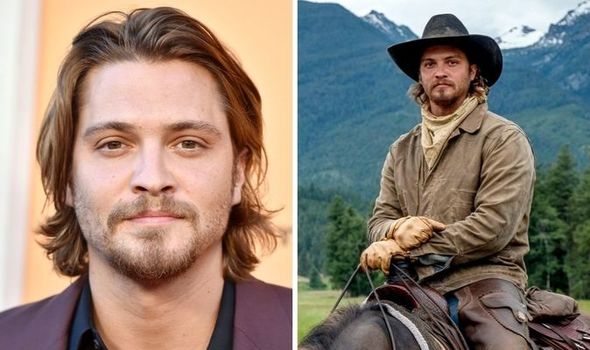 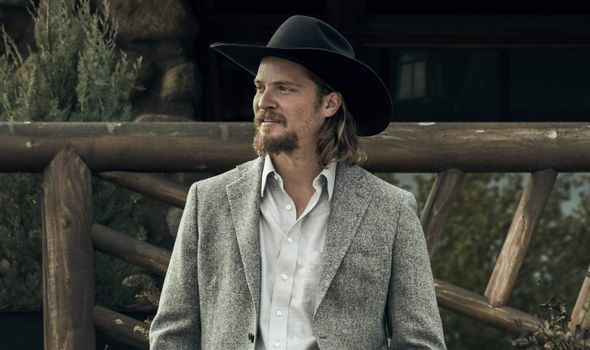 Grimes recalled: “It started about two months before we began filming when I got the part. Taylor’s really into authenticity, so I was on horseback almost every day.”

Screenwriter and director Taylor Sheridan is best known for helming Western thrillers Hell or High Water and Wind River, so he already knew a thing or two about shooting action scenes.

For Yellowstone, cattle herding, ropework and rodeo competitions have been depicted more accurately than any other show that came before.

Therefore, it was of utmost importance that the cast knew their way around a saddle before their characters could come to life in front of the camera. 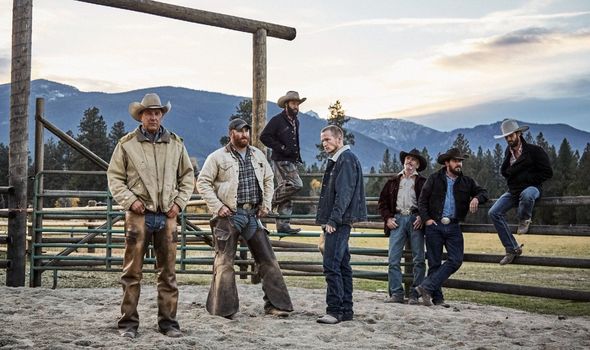 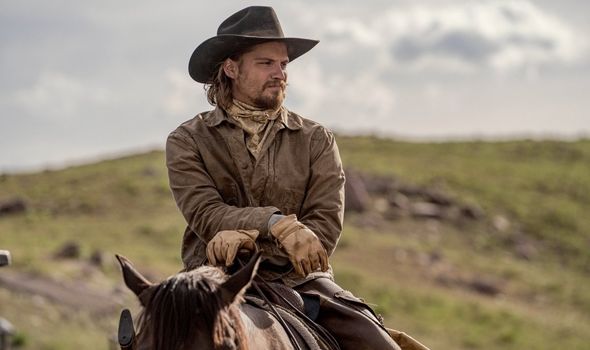 The star recalled: “When we got to Utah, where we filmed the first season, a lot of us went on a cowboy camp where we went on a pack trip that went out for three nights.

“Taking these horses up mountains, jumping creeks, and doing a lot of stuff that a lot of us had never done before just to try to get us into the feel of the place and of the world.”

Filming for season four has now moved to Montana, closer to where the series is actually set, and the cast go through a similar work out to ensure they don’t forget the correct way to ride a horse.

He added: “Also, to try to make us fall in love with this way of life. It really worked.”

Although Kayce Dutton has been doing this job for many years, Luke Grimes only had two months to prepare before shooting got started.

However, the star clearly rose to the daunting task superbly, and even confirmed a lot of the skills he had to learn came surprisingly naturally.

He continued: “Parts of it came semi-naturally. I think the horseback riding, thankfully, for me, clicked quickly. It’s one of those things, though, you could never stop getting better at it.”

Kayce’s survival skills could be put to the test in the opening of season four, as fans last saw him cowering from a group of unidentified assailants.

Yellowstone will return with season 4 in 2021 on Paramount and Peacock.