WARNING: The following article contains spoilers about You season 2

You on Netflix placed viewers back in the shoes of Joe Goldberg (played by Penn Badly) late last month with the arrival of season two. But as Joe settled in to Los Angeles with his brand new identity of Will Bettelheim, he quickly became enamoured with a new love interest: Love Quinn (Victoria Pedretti). He learned a lot of dark secrets about his family but could her twin brother Forty (James Scully) have revealed something far more sinister in his film The Third Twin?

Over the course of the second season Joe became increasingly involved with Love, and how she dealt with the world around her.

But through spending more time with her, Joe was introduced to Love’s twin brother, Forty.

Forty caused a number of problems for Joe over the season and quickly got in the way of Joe and Love’s growing relationship – almost ending it.

However, over the season it was revealed Forty directed a movie seven years earlier, which premiered at the Sundance Film Festival.

While the movie wasn’t shown off explicitly, Joe’s monologue explained the feature, while showing off the poster for the film: Three stick men, with one getting its head cut off with scissors. 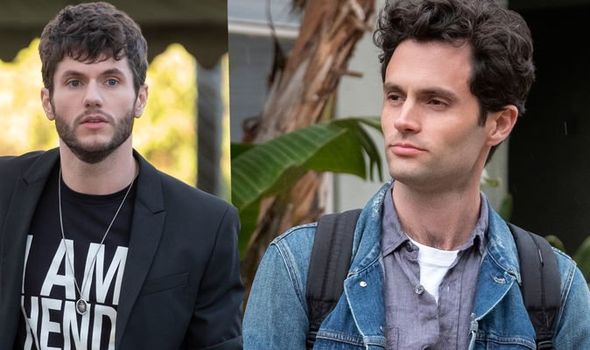 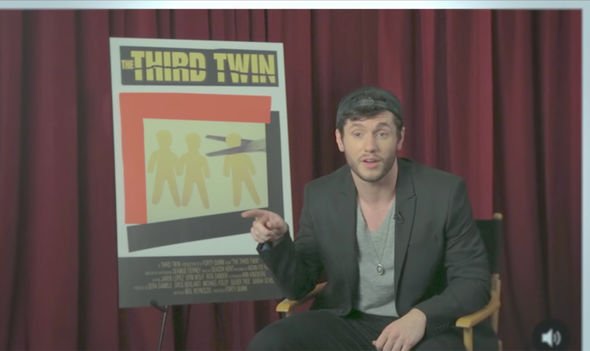 Forty’s film – titled The Third Twin – has now piqued the interests of a number of fans, as they believe it may have been alluding to the end of the season.

As Joe gets closer to Love, Forty begins to see him as a threat to his family as he uncovers the book lover’s habit of killing those who stand in his way.

Forty’s desperation to protect his sister ultimately ends with him being killed when he holds a gun to Joe’s head. 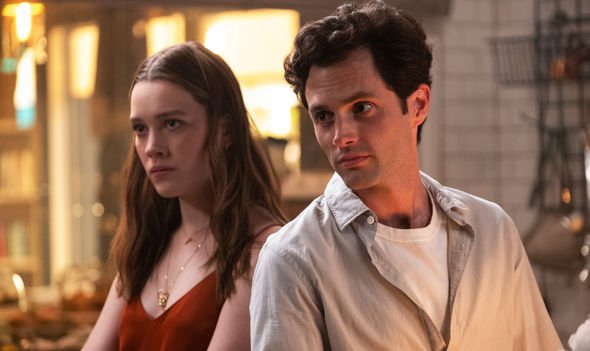 Now, viewers on Reddit have begun pointing out Forty’s movie may have been hinting at his death all along.

User HappyTraumatic explained: “After watching the season, my interpretation of the name and the logo is that its a reference (or foreshadowing) to Love, Forty and Joe.

“In the show, Love and Forty are twins, but at the end of the season we learn that Joe and Love are kinda like twins because they are both crazy.

“So that kinda makes Forty the ‘third twin’ and the third twin is getting its head cut off, or in other words dying.”

With the three characters being the main focus in the show, they easily become a quick comparison between the three.

The parallels between Joe, Love, and Forty continue past the final episode of season two, however.

Now that Forty is out of the picture, Joe and Love are now the only players in the game.

But as Love is pregnant with Joe’s baby in the final episode, this child may end up becoming the third piece of their trio.

Furthermore, the final shots of the season see Joe becoming enamoured with yet another woman in the garden next door.

Could, then, the third twin always be the women Joe will inevitably be chasing in the years to come?

Similarly, it has also been suggested Joe and Love’s unique saying: “I wolf you” may have had a hidden meaning as well.

You season 2 is available on Netflix now.