Stephen Dixon fronted Sky News Breakfast on Sunday (June 20) morning. He was joined in the studio by sports reporter Jacquie Beltrao, but things soon got a little awkward between the pair. During a discussion about their musical talents Stephen stunned Jacquie with a jibe live on-air.

On Sunday’s show, Sky News aired a report about how music could be used to help those living with epilepsy.

Following the segment, Jacquie and Stephen went on to discuss their own musical skills.

“So from a musical genius to a sports brainiac, Jacquie,” Stephen said.

“I thought you were going to say to another musical genius. I play just like that,” Jacquie joked. 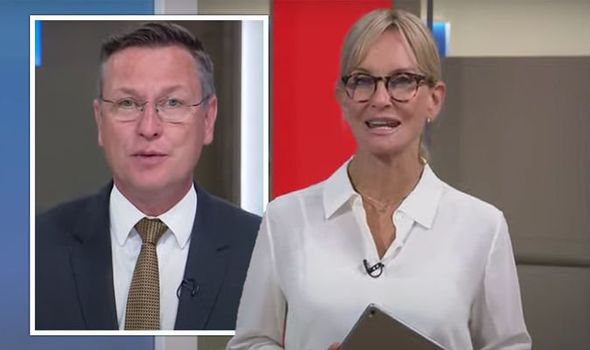 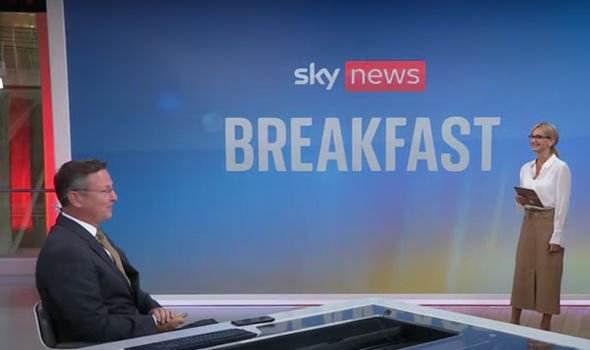 “Do you?” Stephen asked his co-host, with Jacquie bluntly replying: “No, but I really wish…”

Stephen burst out laughing and made a rather awkward joke that appeared to catch his co-star off guard.

“You’re always on the fiddle!” Stephen exclaimed, while laughing.

The phrase normally refers to someone who is cheating or swindling, which could be why Jacquie looked a little stunned at the remark. 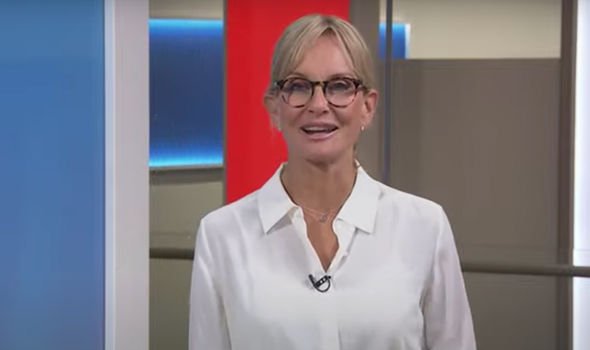 After a short awkward pause, Jacquie said: “I really wish I could play.”

As her co-star burst out laughing, sports reporter Jacquie asked: “Can you play the piano?”

Stephen quickly replied, saying: “No, I can play the violin.”

Moving the topic on to sports, Jacquie said: “Very good. Will you be watching Italy v Wales?”

“Yes,” Stephen replied, but sports expert Jacquie wasn’t having any of it as she hit back saying: “No you won’t.”

“I will it’s tonight in Rome,” Stephen responded, trying his best to show off his football knowledge.

“I know you won’t. Stop fibbing,” Jacquie teased her co-star, before moving on with details of what news she had coming up.

She told viewers: “We’ve got the build up to Italy/Wales in Rome tonight and then the best action from a busy day at Euro 2020 yesterday, featuring some very eye-catching results there.

“Plus, some of the biggest names in golf are in contention for US Open glory.

“We’ll have all the latest news ahead of the final round in California tonight.

“And it is advantage Max Verstappen after qualifying ahead of today’s French Grand Prix,” she concluded.