'Zola': A Stripper Tells All in Trailer for Viral Twitter Thread-Turned-Movie 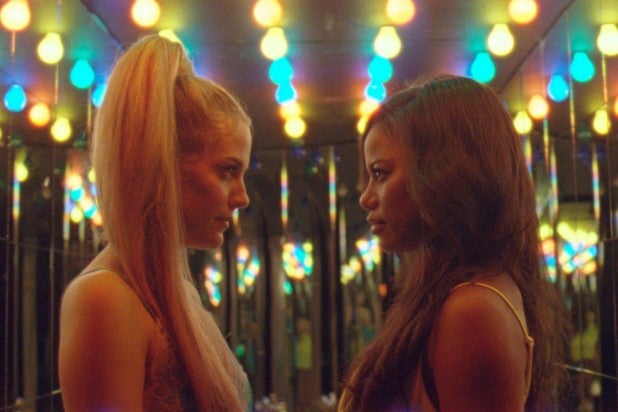 After a long delay dating all the way back to Sundance 2020, A24’s “Zola” — based on the viral Twitter thread about a stripper’s wild road trip — finally has a release date and a full trailer.

“Y’all wanna hear a story about why me and this b—h here fell out? It’s kind of long, but it’s full of suspense,” newcomer Taylour Paige says as the titular Zola in the film’s trailer.

That quote is also the real tweet from A’Ziah-Monae “Zola” King, a Detroit waitress and dancer, that kicked off an epic 148-tweet thread in 2015 about her harrowing 48-hour trip to Florida.

“Zola” is an odyssey about how King (Paige) was seduced by a new friend named Stefani (Riley Keough) into joining her for a weekend of dancing and partying in Florida. But their glamorous trip full of “hoeism” devolved into a rowdy adventure complete with a nameless pimp, an idiot boyfriend, some Tampa gangsters and other unexpected twists.

The film even uses the tweets as a jumping-off point by incorporating King’s own words into the dialogue. Director Janicza Bravo co-wrote the screenplay, along with “Slave Play” writer Jeremy O. Harris, based on King’s Twitter tale and a subsequent Rolling Stone article by David Kushner. At the time, Kushner called King’s story a mashup of “Spring Breakers” and “Pulp Fiction” as told by Nicki Minaj, and the grainy, stylized and wholly strange red-band trailer for the film certainly fits that description.

“Zola” generated plenty of buzz after its premiere at Sundance in 2020, but the film went without a release date for months due to the coronavirus pandemic, only teasing a brief clip of footage last summer.